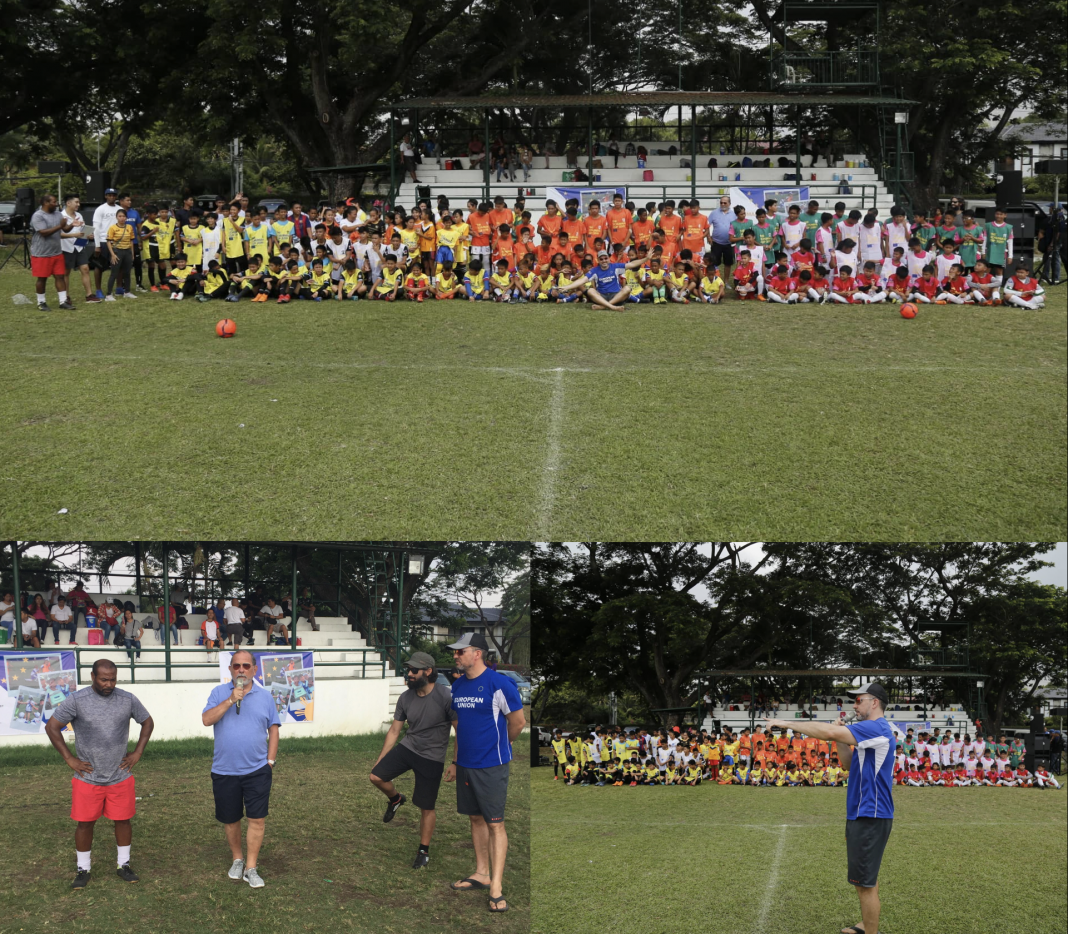 The second ever Euro-Filipino Football Festival called the “Schuman Cup” will be organized by the EU Delegation to the Philippines with the support of the German Embassy on 4 May 2019 at the Alabang Country Club.

The objective of this event is to provide opportunity for 200 Filipino children from five football groups to experience football through a football clinic to be led by Mr Neco Lambey. Mr Lambey, the head of the Caribbean Football Club, is a highly experienced professional soccer coach from the Caribbean nation of Belize who has been coaching boys and girls aged between 5 and 15 and above in the best international schools in Southeast Asia for over 15 years.

The EU Delegation to the Philippines is staging this football event to foster solidarity and friendship between the EU and the Philippines in the area of sports. Football is gaining popularity in the Philippines and has its origins in England. The famous Football League was in fact founded also in England becoming the first of many professional competitions.

We would like to give the opportunity to some young Filipinos to experience the dynamism of football, said EU Ambassador Franz Jessen. The following football clubs will be participating in this event: Gawad Kalinga, Dream Big Philippines, Ceres Alabang, Punta Fuego football club and Tali FC. Furthermore, some European diplomats from the EU Delegation will pitch their skills against Globe. Mr Thomas Wiersing, Deputy Head of Delegation will toss the coin and lead the ceremonial kick-off during the friendly match to be held also on May 4, 2019.