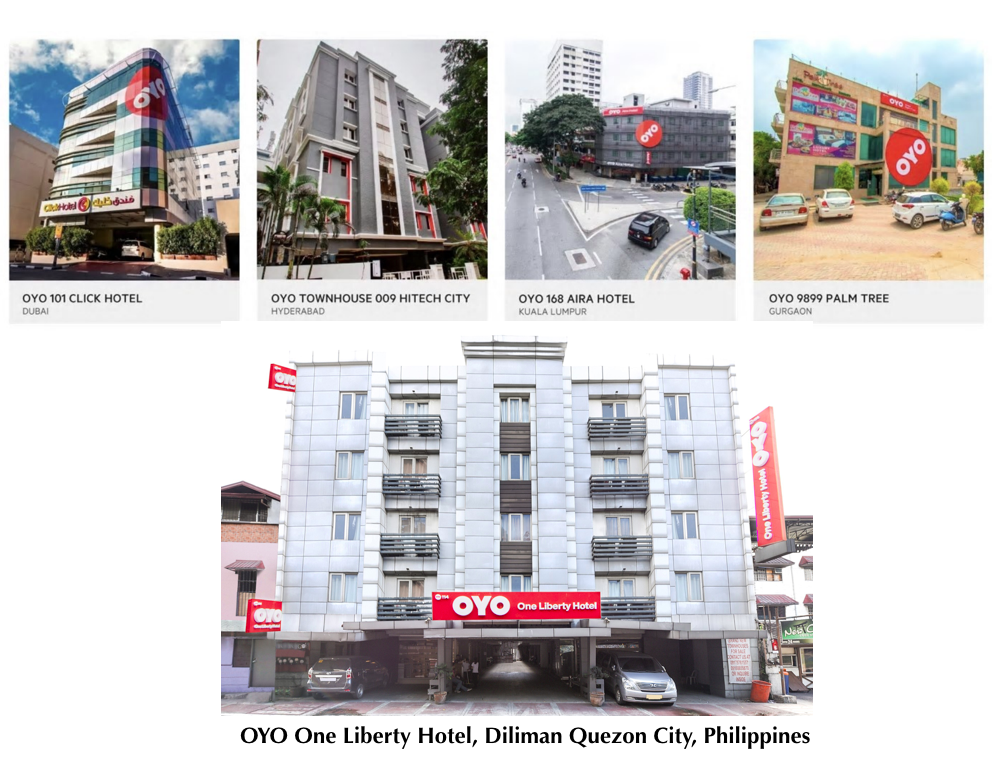 OYO Hotels and Homes, South Asia’s largest, one of China’s top five, and the world’s fastest-growing chain of leased and franchised hotels, homes and spaces, announces  that it posted a 4.3x sales growth YoY globally last year as it shares details of its financial performance as of December 2018.

With more than 458,000 rooms globally as of December 2018 and a Realized Value run-rate of $1.8 billion, OYO is poised to become the world’s largest hotel chain. The company’s 4.3x sales growth YoY achieved last year was a result of continued increase in global stayed room nights across its properties over the years. OYO saw global stayed room nights (Annualized based on December run-rate) surging from 6 million in 2016 to 13 million in 2017 to 75 million (99m based on December 2018 peak) last year (with the growth of 5.7x on YoY basis).

The revenue growth can also be attributed to strong business drivers, including notable increase in exclusive room supply and in commission incomes. Partnering with OYO significantly improves the quality of stand-alone hotels and the occupancy from 25 percent to 65 percent on an average, thereby increasing yield on underutilized assets for property owners.

“2018 was a very good year for OYO as we marked our presence in a total of eight global markets. We are growing exponentially, and we will continue to invest in technology and build long-term capabilities while getting top talents onboard to sustain this growth. We are optimistic that we will maintain this momentum as we redefine the hospitality experience around the world. OYO will continue to create more value for both our asset owners and their customers,” shares Abhishek Gupta, OYO Hotels & Homes Chief Financial Officer.

OYO Hotels & Homes is now present in more than 500 cities across ten countries – India, China, Malaysia, Japan, Kingdom of Saudi Arabia, Nepal, the UK, the UAE, Indonesia, and just recently, the Philippines. With an initial investment of $50 million, OYO is planning to open more than 20,000 rooms among the 10 key cities in the Philippines, which is expected to generate more than 1,000 direct and indirect employment for Filipinos by 2020.

OYO Hotels & Homes is South Asia’s largest, one of China’s top five, and the world’s fastest-growing chain of hotels, homes, and spaces, with footprint in more than 500 cities across India, China, Malaysia, Nepal, the UK, the UAE, the KSA, Indonesia, Philippines, and more recently Japan. OYO Hotels & Homes is one of a kind and has pioneered the world’s first full-scale technology-led business model in the hospitality and real estate industry. It currently operates over 13,000 franchised or leased hotels and over 6,000 homes as part of its chain. In India, OYO is present in over 180 cities, and hosts guests in over 8700+ properties, in over 170,000 rooms. OYO is backed by leading investors, the SoftBank Group, Sequoia India, Lightspeed India, Hero Enterprise and China Lodging Group.