BOI discussion with industry stakeholders in the Tourism Sector 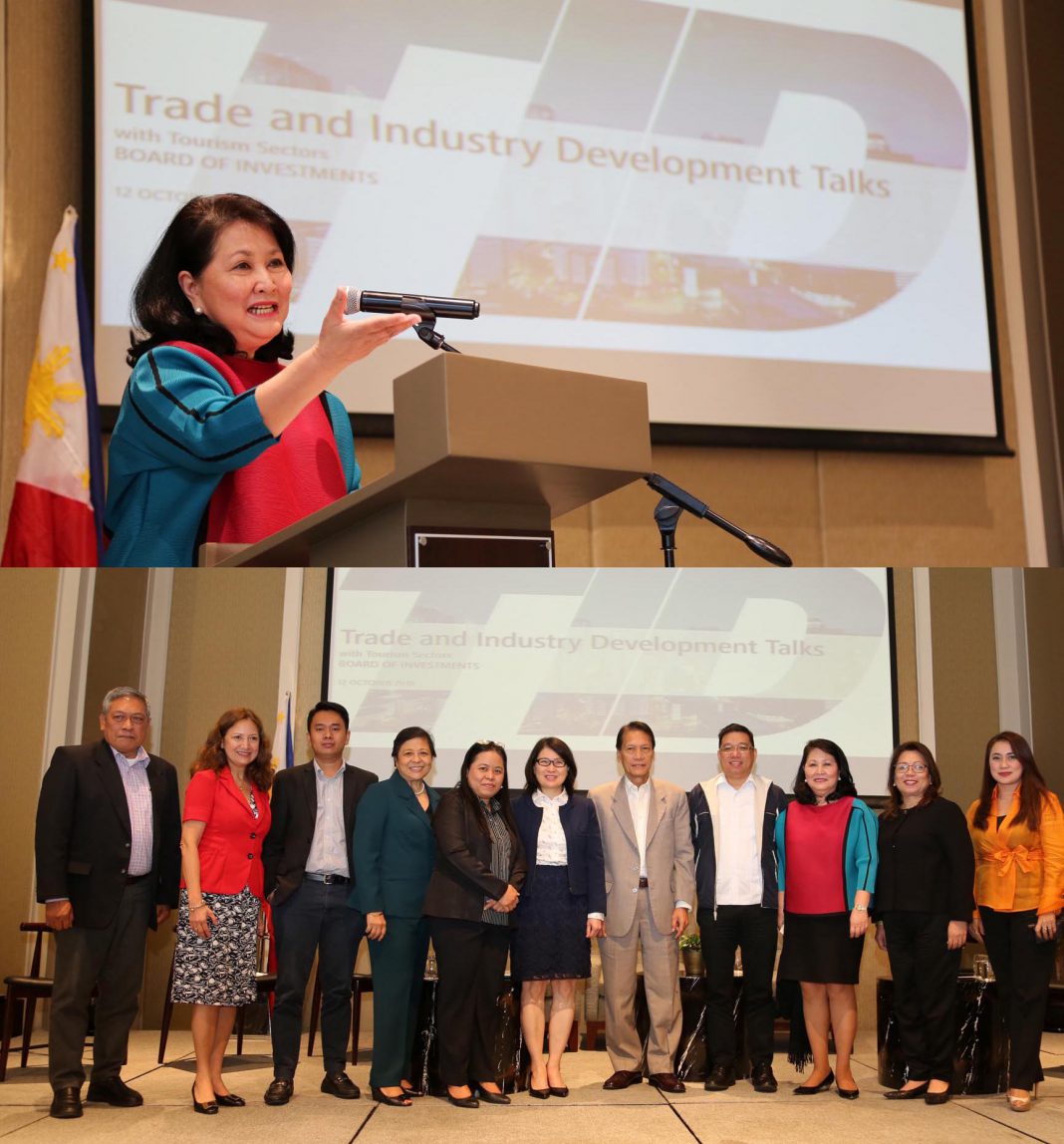 The Philippine Board of Investments (BOI), the country’s primary industry development arm and lead investment promotion agency (IPA), recently concluded its discussion for the Tourism Sector at the Makati Diamond Residences.

Attended by concerned industry stakeholders such as representatives from government agencies, private sector, and officers and members of the Philippine Association of Convention/Exhibition Organizers and Suppliers Inc. (PACEOS), the event dubbed as TID Talks (Trade and Industry Development Talks), is BOI’s multi-sector communication platform which serve as venue to personally inform, update, and exchange views with local industries on initiatives, programs, projects, issues and concerns, and thus, ensure the agency remains responsive to the needs of the industries it serve.