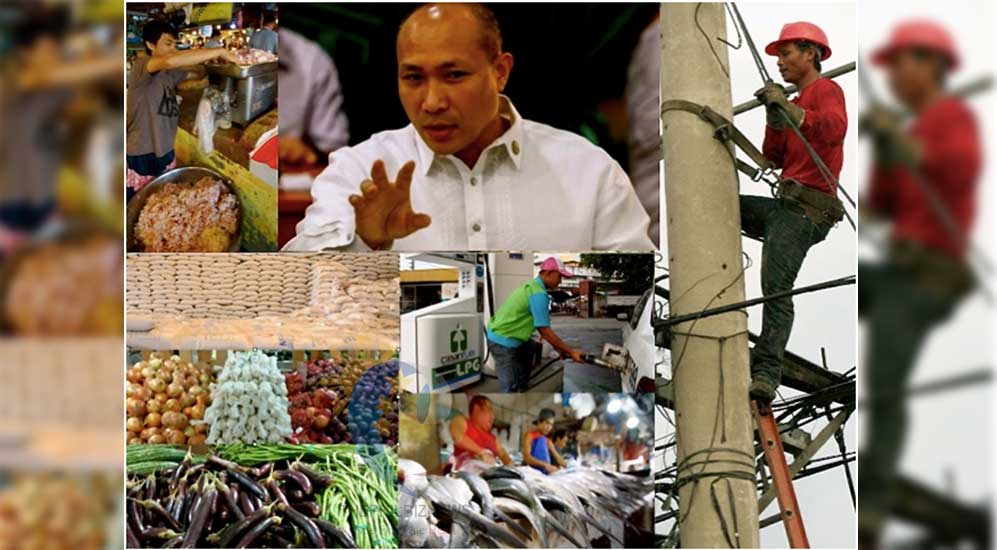 Magdalo Party-List Representative Gary Alejano attributed the failure of the government to address inflation to the misplaced priorities of the Duterte administration.

In the latest Pulse Asia survey on Urgent National Concerns and the Performance Ratings of the National Administration on Selected Issues reveals that fifty-one percent (51%) of Filipinos are dissatisfied with how the Duterte administration is handling the problem of inflation.

“This is not a surprise since this administration prioritizes the silencing of the opposition over providing solutions to the grievances of the people and other pressing problems of the country right now. Habang abala ang administrasyon sa panggigipit ng kanilang mga kritiko, gipit na gipit naman ang bulsa ng ating kababayan dahil sa mabilis na taas-presyo ng mga bilihin,” the opposition lawmaker stressed.

Alejano further said that it has been the tactic of the Duterte administration to divert the attention of the public away from the real issue to mask its incompetence.

“Naging istilo na ng administrasyon na ibaling sa ibang isyu ang atensyon ng taumbayan. However, when the problem hits the people every day, in their every meal, there is no escaping no matter how the Duterte administration tries to bury the problem,” he emphasized.

According to the latest survey, controlling inflation is the most urgent national concern. Alejano said that the result of the survey is a manifestation that the effects of surging prices could really be felt by the Filipinos despite Malacanang’s downplaying of the crisis.

The Magdalo solon reiterated his call to suspend the excise taxes on fuel imposed by the TRAIN law.

“Many economists have long been asserting that the impact of TRAIN on the high prices of goods would continue to worsen. Muli kong iminumungkahi na isuspende muna ang excise taxes sa petrolyo. Further, an immediate review of the effects of TRAIN 1 and its provision of social mitigating measures should be done first instead of lobbying aggressively for TRAIN 2 to be passed in Congress,” he added.

In closing, Alejano reminded the government to direct its efforts on solving the economic problems affecting every Filipino instead of silencing its critics.

“Ang isyu ng inflation at TRAIN ang dapat binibigyang-atensyon at lakas ng gobyerno at hindi ang pagpapatahimik sa mga kritiko. If the policies and services being provided by the government are beneficial and swift, it would not have critics in the first place. Otherwise, the government must expect the people to hold government officials accountable,” he ended.

Many observers share the sentiment of Congressman Alejano that it is time for President Rodrigo Duterte to address the ongoing woes in the Philippine economy instead of wasting his executive time and energy persecuting his perceived opponents. “He is no longer a Mayor of Davao”, a source from Malacanang revealed to THEPHILBIZNEWS. “He must realize that the top priority of the government in the midst of these problem cannot be solved by politics, but rather by sound long term programs that would abate the suffering people and appease their hungry stomach”, our source added asking not to disclose his name.