Duterte needs money not saliva to solve traffic in EDSA 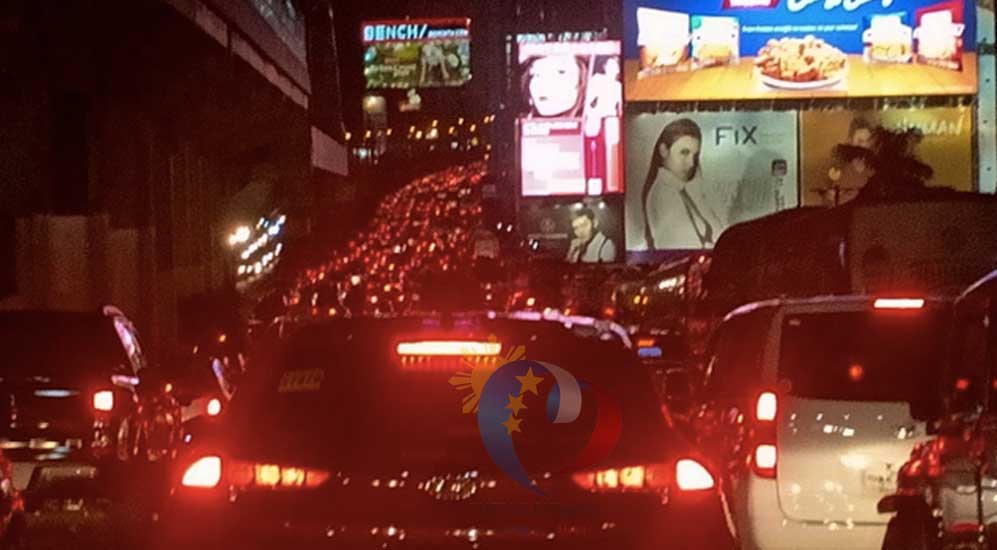 After promising to resolve the traffic during his election campaign in 2016, President Rodrigo Duterte said that he needs money to solve traffic problem in EDSA.

The Chief Executive added, “If Congress would not budge to give him the emergency powers to do so, let Edsa remain as it is for the next 20 years.”

Many critized the President for this as he was bragging during the Presidential election campaign that he would solve the traffic in EDSA easily. Some mocked him for treating the whole Philippines and even Metro Manila as Davao City. But the President is unfazed.

He was ranting before village officials during the oath-taking of Liga ng mga Barangay National Board of Officers and National Chapter Presidents in Malacañang, Duterte recalled his campaign promise to address EDSA traffic as well as his call for emergency powers, which Congress refused to grant him.

“Sinabi ko sa inyo I’ll try (to address Edsa). Ang hiningi ko noon, I could be given emergency powers. Emergency power means you can simply buy anything without bidding. And it was given to (former Presidents Ferdinand) Marcos and Cory (Aquino) during their time about the energy,”the President said.

“Itong Edsa I cannot repair it with saliva. I need to spend, I need to have money,” he added.

Duterte continued: “But noon palang at the early days of my administration, when it was floated around, I was informed that most Congress were not – members – ayaw nila kasi malaki daw ‘yung pera baka mapunta lang sa graft and corruption.”

“Sabi ko, it’s okay. I don’t need emergency powers for EDSA, so let EDSA remain as it is for the next 20 years. Don’t bother… there’s always that hanging suspicion that I am there for the money. Huwag na lang. Hayaan mo wala tayong magawa,” he further said.

Despite of the fact that majority of Congress are supporting the President, Duterte was not able to get the support of the Congress.

A congressman that THEPHILBIZNEWS asked to comment on the remark of the President that he needs money to put order in EDSA gave his two cents thought but requested not to be named. The lawmaker said, “The President should realize that Metro Manila is not Davao City. He must know the difference between macro and micro. The congress will never grant him emergency power because when he was campaigning, he never mentioned he needs money to do this.”

3 islands in Phl make it to World’s Best Islands; Manila among top cities in the world