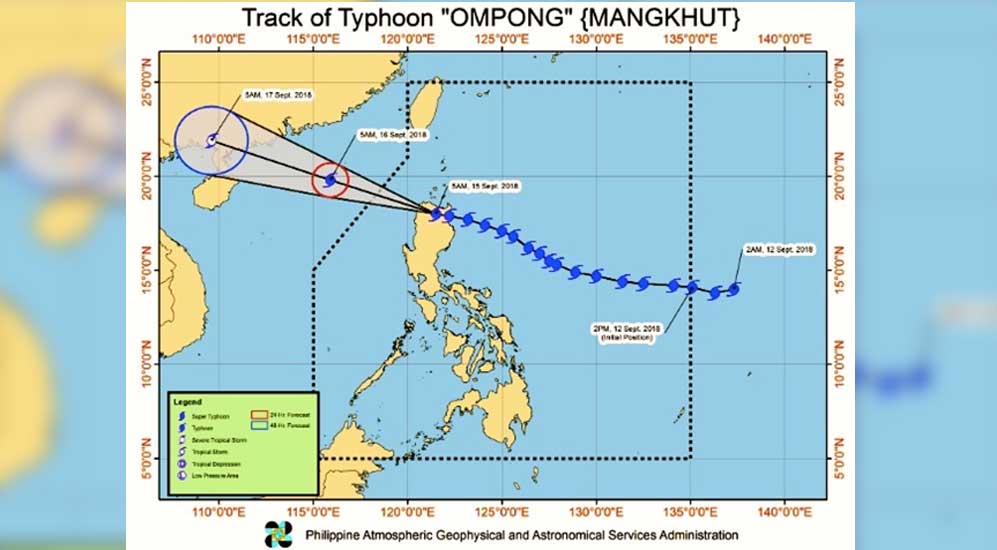 While Philippine Atmospheric, Geophysical and Astronomical Services Administration (PAGASA) said that Ompong has weakened and no longer be called a “Super Typhoon”, those who are residing in rge affected areas are warned that it would still be packing powerful winds.

The strong winds yelping brought by Typhoon ‘Ompong’ to Abra province on Saturday early morning continuous to barrel through the provinces of northern Luzon that almost ripped some roofs, fell down trees that resulted to debris that blocked the roads.

Electricity has also been cut throughout the province as a precaution. No injuries or casualties have been reported as of press time.

However, there are more than 5.2 million people are at risk from the storm, which the Hawaii-based Joint Typhoon Warning Center categorizes as a super typhoon with powerful winds and gusts equivalent to a Category 5 Atlantic hurricane.

Consequently, seas are expected in areas under storm signals 2 to 4, with coastal towns in Cagayan and Isabela likely to experience storm surges as high as 6 meters, the government weather bureau said.

Meanwhile, the National Disaster Risk Reduction and Management Council (NDRRMC) said that of the estimated 5.2 million people in the typhoon’s path, “nearly a million under the poverty line” in Northern Luzon could go hungry in the next few days.

In a press briefing, NDRRMC spokesperson Edgar Posadas said the estimates were given as a snapshot of the worst-case aftermath of the typhoon.

Posadas said, “These are people who, once they are hit by the storm, will be the most affected because they don’t have much coping mechanisms, they have little resources and capabilities.”

A total of 55,700 houses made of light materials in 2,091 barangays across Northern Luzon are expected to suffer Ompong’s wrath. But despite the strong gutsy winds, people of the affected area are consoled by what PAGASA recently reported that Typhoon Ompong is no longer classified as Super Typhoon but continues to warn the public to keep safe, follow instructions from the local government if advised to evacuate. Also to monitor the development in their areas through local government and stay tuning in through their battery operated transistor radio for latest updates.