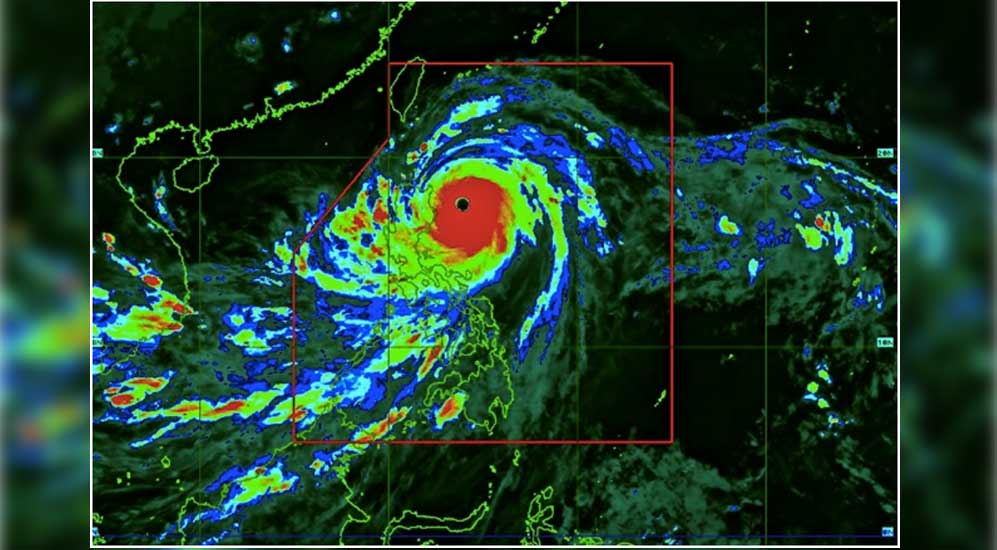 Typhoon “Ompong” (international name: Mangkhut) maintained its strength while moving towards the northwest section of the Philippines with maximum speed of 205 kilometers per hour (kph) near the center and gustiness of up to 255 kph.

There are four areas were placed under Signal No. 4 as Ompong draws closer to Isabela and Cagayan,according to  Philippine Atmospheric, Geophysical and Astronomical Services Administration (PAGASA).

Storm signal warnings are over the following areas:

Babuyan Group of Is.

The eye of the typhoon was last spotted 260 kilometers east northeast of Casiguran, Aurora, Pagasa said.

Typhoon Ompong is the strongest to hit the country this year on the parts of Northern Luzon with heavy rains and powerful winds on Friday afternoon. Its projected landfall is on Saturday morning over Cagayan-Isabela area.

According to PAGASA, the Super Typhoon ‘Ompong’ may bring worse rains than ‘Ondoy’. While Super Typhoon Ompong is dubbed as scary, it has little chance of reaching Signal No. 5, PAGASA added.

Meanwhile, the National Disaster Risk Reduction and Management Council said there are over 5 million people are in the typhoon’s path. As of this writing, there are more than 30,000 people have already fled their homes ahead of the storm.