Signal No. 1 is expected in Metro Manila and 37 other areas as Ompong approaches 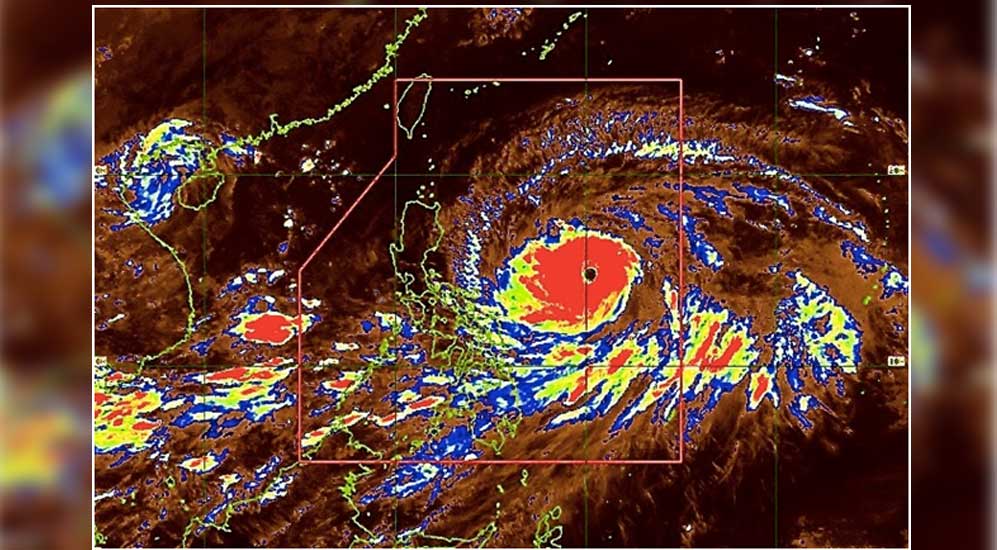 The Philippine Atmospheric, Geophysical and Astronomical Services Administration (PAGASA) has issued Tropical Cyclone Warning Signal No. 1 over Metro Manila and 37 other areas as Typhoon Ompong slightly gained speed and continues to pack maximum sustained winds of 205 kms per hour (kph) and gusts of up to 255 kph.

Ompong is expected to make landfall in Cagayan-Isabela area on Saturday morning if it continues to move west-northwest at 25 kph, according to PAGASA.

Signal No. 1 has been raised over 38 areas in northern, central, and southern Luzon and even northern Visayas as the powerful typhoon, which has a 900-km diameter, may also enhance the southwest monsoon.

The following areas are under Signal No. 1:

Gener Quitlong, PAGASA weather forecaster said the areas under the typhoon warning signal have a lead time of 36 hours to prepare.

As it slowly heads for Luzon at its current direction, PAGASA estimates Ompong will make landfall in the northern tip of Cagayan on Saturday.

Meanwhile, Palawan, the Zamboanga Peninsula and the Visayas will experience moderate to occasionally heavy rains brought by the southwest monsoon.

Earlier, PAGASA has also warned that the storm surges up to 6 meters are likely to hit the coasts of Cagayan, Isabela and Ilocos Sur as Ompong approaches landmass.

In anticipation of Ompong’s arrival, the schools throughout Luzon have already suspended the classes for Thursday and Friday to avoid untoward incident as PAGASA earllier predicted that the Super Typhoon ‘Ompong’ may bring worse rains than ‘Ondoy’.

Ompong is expected to exit the Philippine area of responsibility by Sunday morning.