New technologies is one of the major causes of disruption, but CEOs are still bullish 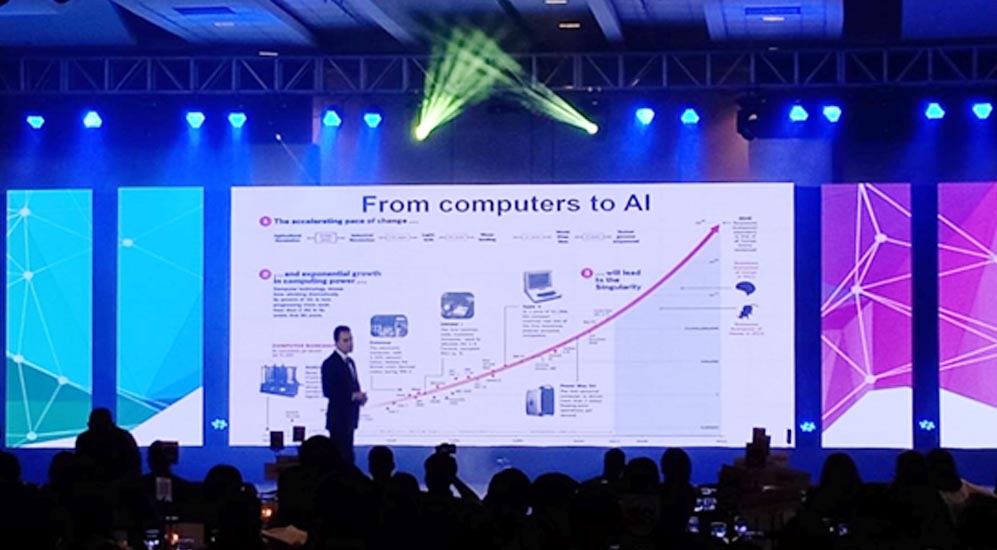 The CHIEF EXECUTIVE OFFICERS (CEO) in the Philippines are bullish and confident about business prospects over the next 12 months despite the mounting uncertainty from global trade tensions and monetary tightening that leads to disruption, according to results of a survey conducted by PwC Philippines for the Management Association of the Philippines (MAP) that were released on Monday.

The summary of results showed 89% of the survey’s 122 respondents (103 of whom belonged to “traditional” businesses and 19 to start-ups), down from 92% in the comparable 2017 survey, “confident about their revenue growth prospects over the coming 12 months.” The respondents came from infrastructure; business process outsourcing (BPO) and information technology (IT); manufacturing (consumer and industrial products); agriculture, forestry and fisheries; health care, pharmaceuticals and life; as well as retail and wholesale distribution sectors.

PwC conducted the Philippine CEO Survey, titled: “The future of possibilities: Business in the age of disruption,” in July-August in time for the 16th MAP International CEO Conference at the Makati Shangri-La hotel.

Survey showed 79% of the respondents “positive that Philippine economic growth will exceed the average ASEAN economic growth for 2018,” for which state economic managers target 7-8% despite a disappointing 6.3% first-half average that compares to the year-ago 6.6%.

Respondents pin their hopes for the economy on a continued boost from domestic consumption (70% of respondents), infrastructure (67%), BPO and other services (54%), remittances (49%), investments (25%) as well as global and social trends (20%).

In order to spur business expansion, 76% of respondents said they will rely on organic growth, 59% on new strategic alliances and partnerships, 45% on cost reduction and a fifth on outsourcing.

This is almost the same sentiment of the results of 2017 survey, this year saw 22% of respondents identifying Singapore as the most important country for their companies’ overall growth in the next 23 months, followed by Indonesia (16%) and Vietnam (14%). Other countries considered were China (11%), the United States (11%), Malaysia and Thailand.

Asked if the inflation which has marked seven straight months of increase since July at a nine-month-high 5.7% and which the central bank survey expects to have remained around 5.9% in August.

Deals and Corporate Finance Managing Partner Mary Jade Roxas-Divinagracia of PwC Philippines, said yes noting that the survey was conducted amid a “peak” in inflation rate.

The prices of widely used goods and services surged by an average of 4.5% in the seven months to July against the central bank’s upgraded 4.9% full-year forecast average and 2-4% target range for 2018.

Ms. Roxas-Divinagracia added the weakening peso, global geopolitical tensions, monetary tightening worldwide and the worsening trade row between the world’s two biggest economies to the litany of risks the country and businesses face. “On the external front, of course, there is also the threat in terms of the normalization of… (monetary policies) of more developed nations — therefore, the fear that there will be an outflow of funds from emerging markets back to the developed countries — and also, of course… more protectionism in US…” she said.

To that list, PwC Philippines Chairman and Senior Partner Alexander B. Cabrera added uncertainties due to the country’s ongoing tax policy overhaul and a planned shift to a federal form of government through Charter change — which is feared to result in heightened fiscal risks — that is making investors take a “wait- and-see approach” when it comes to expansion plans.

Cabrera explained,“Partly, some investors are really being spooked by the uncertainty that is happening… looking at the taxes, the incentives that will be pulled out or that will be substantially reduced… also the uncertainty of whether the Constitution’s amendment will be railroaded.”

“Some investors also wonder “whether the rule of law is really possible… in this kind of political environment”, Cabrera added.

In the same survey, it showed 54% of respondents “recognize that disruptive innovations have significant impact on their businesses and that business models need to be changed to address changing consumer behavior, new kinds of competition and shifting regulations.”

While 94% “believe that disruptive innovations changed their industry over the past 10 years,” and 95% said they “need to work together to introduce new technologies or methodologies to their business.”

The top five drivers of disruption across industries were identified as changes in consumer behavior, new kinds of competition, shifting regulation, new methods of distribution and core technologies of production.

The respondents also identified the key disruptive technologies that are in place now and these are the block-chain, artificial intelligence, Internet of Things, virtual reality, augmented reality, 3D printing, drones, robotics and autonomous vehicles.

As inevitable, Roxas-Divinagracia said, “There are aspects in the disruption that are scary for certain industries,”, while the report itself warned that the rapid advances in technology, no industry is immune and businesses will suffer if they do not adapt.”

Interestingly, 45% of respondents plan to invest in start-ups, with retail and e-commerce, health care, software as a technology, financial technology and artificial intelligence as top preferred industries.

The main identified disruptors are financial resources, regulatory factors, lack of talent, organizational structure and inadequate technology that can be used to be more efficient and updated with the available technology.

The advent of new technologies is one of the major causes of disruption.It is a challenge and an opportunity for business. The ones who will be able to adapt will have the competitive edge against others.