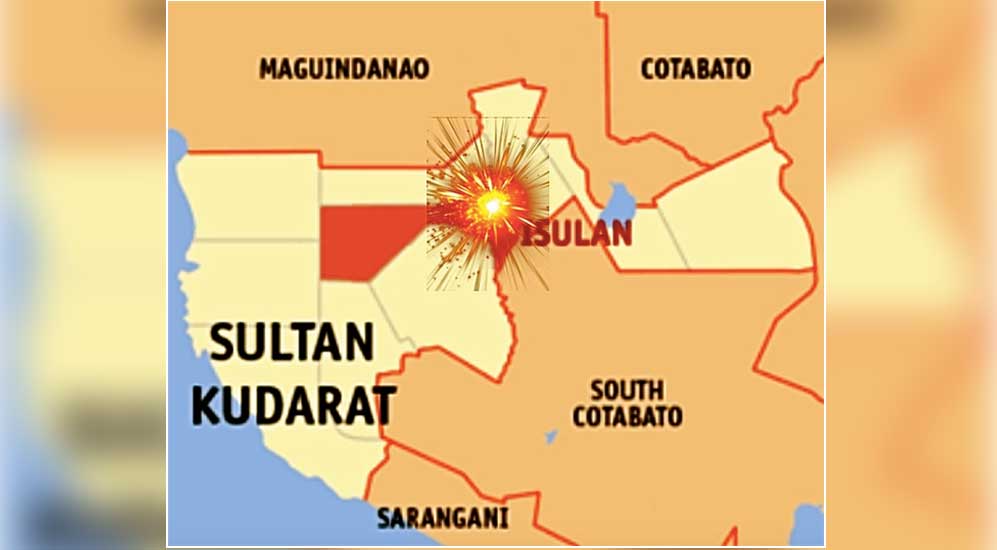 A bomb reportedly exploded in a night market in front of Carlitos Restaurant in Isulan, Sultan Kudarat around 8:30PM August 28 which resulted to death of 1 person and injury of 36 people.

Isulan is the official provincial capital of Sultan Kudarat, as just celebrated its Hamungaya Festival on Tuesday.

The improvised explosive device (IED)) explosion occurred at around 8:34 pm in Barangay Kalawag 3, in front of J and H Marketing along the national highway which passed through an area of the Isulan town proper where people flocked for ukay-ukay shopping, according to the police.

It is reported that one person died whose name is Lenie Ombrog. She was declared dead at the Holy Nazarene Hospital before midnight. The 36 wounded are still unidentified as of this writing and are all undergoing treatment. There is no clear details on the conditions of other injured persons.

According to the initial investigation by the police, the bomb was placed under a motorcycle parked in the area before it exploded. So far, no one has taken responsibility for the bombing. GenSan allegedly received a “bomb threat”.

The Isulan town is currently observing the Hamungaya Festival, celebrates “maaliwalas na pamumuhay” (prosperous living) and began on Monday, August 27, and is only set to conclude on Thursday, August 30.`