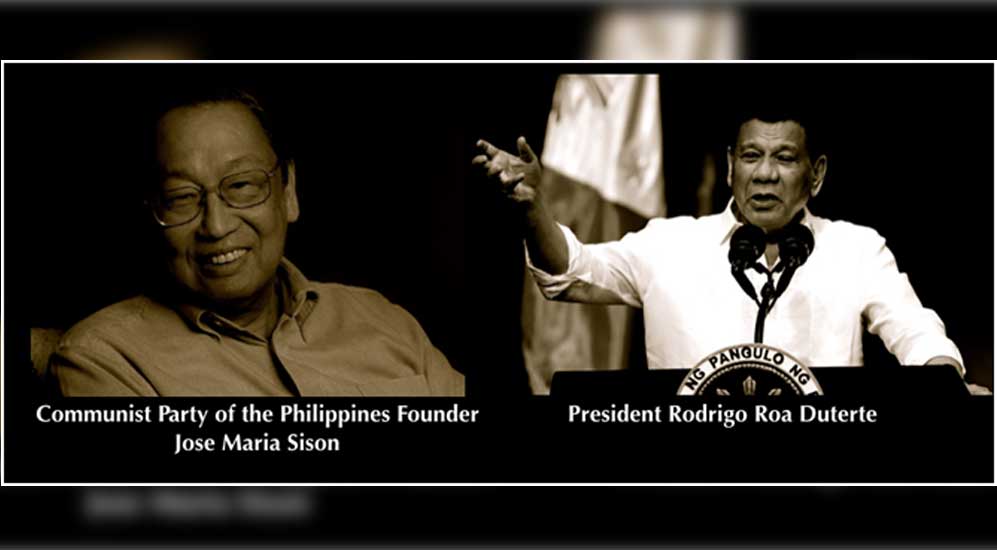 After hearing the tirades of President Rodrigo Duterte against him and about his health condition, Communist Party of the Philippines (CPP) founder Jose Maria Sison dared President Duterte to join him in making public their latest medical records to finally settle questions on both their healths.

Joma, 79-year-old said that the Philippine Constitution stated that the public has the right to know the health condition of the President Duterte who is 73-year-old now.

“Let him show this clearly with a certification from Philippine General Hospital doctors, I will make public my own medical certification from the hospital despite my right to privacy as a private citizen,” Sison who is now on exile at the Netherlands.

President Rodrigo Duterte said on Thursday that the rumors about his ailing health and that he has a cancer or kidney problems because of ‘burnt face’ is not true even if having burnt face or neck is often associated with kidney problem.

Because of this, Duterte hit back at Sison by coming up with his own diagnosis on Sison’s health condition by saying that Sison is he is suffering from cancer of the colon and has undergone operation several times but the cancer has spread to his pancreas.

Read related story: Duterte, Joma has cancer not me

Sison admitted being hospitalized for a month last year at Utrecht University Medical Center.But clarified that he had been discharged with a clean bill of health after three weeks of diagnosis and treatment, and a week of observation for rheumatoid arthritis and skin allergy and not cancer of the colon as alleged by the President.

He further explained, “There were no findings of cancer of any sort, cardiac problem or any other malignancy, which is life-threatening, to disprove Duterte’s claim that the communist leader was terminally ill.

The President had repeatedly been claiming since last year that Sison had undergone surgery several times over malignant tumors, and the cancer had spread to his pancreas.

Giving this uncontrolled attacks to each other, netizens want to know, will President Duterte accept the challenge to disclose his real health condition? Some politicians and analysts say disclosing the true health condition of the President assuming it is true and life threatening a national security issue and no one can force the President to do that unless he himself wills it so. This was also what a lawyer told to THEPHILBIZNEWS when asked for his opinion.