President Duterte, no proof that P6.8-B shabu was in lifters 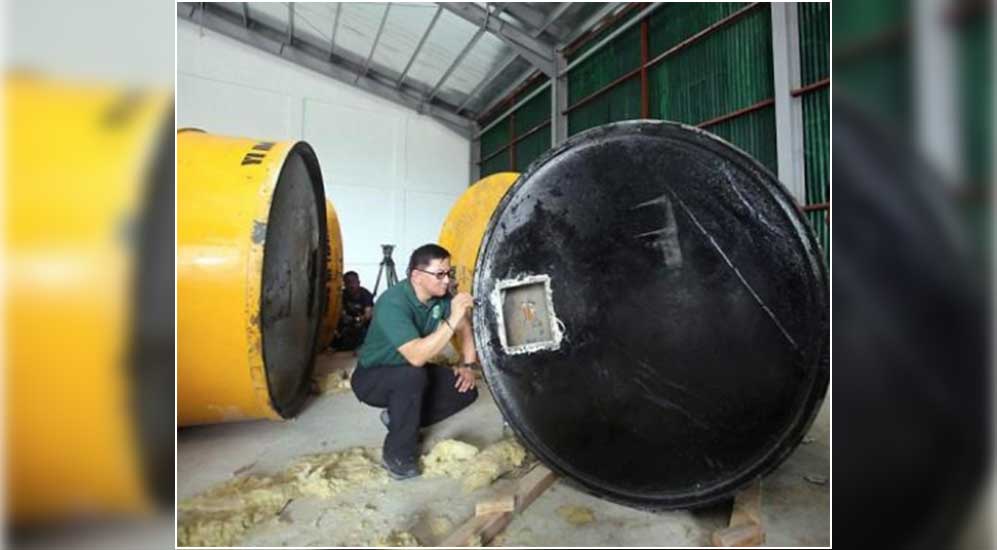 President Rodrigo Duterte dismissed as speculation the Philippine Drug Enforcement Agency’s claims that P6.8 billion worth of shabu came into the country in magnetic lifters recently recovered empty in Cavite.

In his speech few hours after Customs Commissioner Isidro Lapena told a House inquiry that an examination of the lifters showed that it was negative of methamphethamine hydrochloride residue, Duterte said, “I’d like to address myself to all government agencies. Iyong sabi nila na those they found that the metal… But they opened it, there was none. It was pure speculation.”

“They were assuming that for those metalmagnetic container and so they bore a hole but there was nothing there,” he added.

Last week, agents of the Philippine Drug Enforcement Agency found lifting equipment in General Mariano Alvarez, Cavite that they believe was used to smuggle shabu. PDEA said the lifters came into the country with the shipment that yielded P4.3 billion worth of shabu at the Manila International Container Port three days earlier.

That prompted PDEA to raid the warehouse in Barangay F. Reyes after a caretaker informed authorities about the lifters that arrived on June 14. The lifters had reportedly been emptied by the time PDEA operatives got to the warehouse. But there was residue of shabu that had been found in the lifters but PDEA said K-9 units detected traces of the illegal drug.

Meanwhile, the House Committee on Dangerous Drugs made an inquiry about the incident, Lapeña said that the BOC, personnel from the Philippine National Police and PDEA itself processed the crime scene and the magnetic lifters “but this yielded negative result for the presence of dangerous drugs.”

He explained that their K9 dogs sat down as they sniffed the lifting equipment, signifying that the dogs had identified traces of illegal drugs.

Even Director Adrian Albarino of PDEA said that the shabu intercepted at MICP and the one supposedly contained in containers in Cavite were linked to one another as they have their bill of lading, a document which details the type, quantity and destination of the goods being carried.

“It was indicated that the warehouse is from Vecaba Trading International, the address of consignee is the same as the one in GMA, Cavite,” he said.

The P4.3-billion worth of shabu that the BOC had intercepted was consigned to Vecaba Trading International.

Netizens expressed their dismay over the alleged 6.8B shabu knowing that Duterte’s election promise was to eradicate drugs in 3-6 months. Also at one time, Senator Sonny Trillanes III implicated presidential son, Paolo Duterte as member of Chinese triad who are allegedly involved in big time drug smuggling.