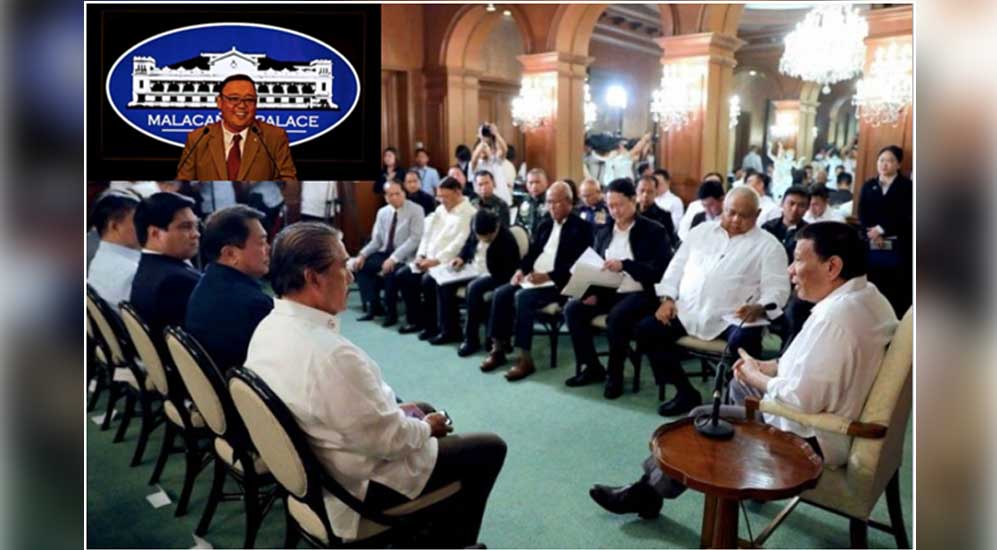 Good news to our local producers and traders!

Presidential spokesman Harry Roque announced that no Cabinet member had voiced to support for the zero tariff proposal which, if implemented, would likely flood the market with imported goods. This is what he told to the reporters.

Cabinet officials junked the proposal to reduce to zero the tariff on some agriculture products as part of measures to control inflation, citing the scheme’s adverse effect on local producers.

However, Albay Rep. Joey Salceda, announced that President Duterte would issue an executive order imposing zero tariff on imported fish, corn and vegetables and feed wheat to rein in inflation.Salceda said the EO would be released at the end of Congress’ 11-day break beginning next weekend.

But the zero-tariff was supposedly one of the counter-inflation measures proposed by Speaker Gloria Macapagal-Arroyo and other House leaders at a meeting with President Duterte’s economic team last week.

“I do not know the source of Congressman Salceda’s information. But what I know is there are discussions and there are different opinions. (Agriculture) Secretary (Emmanuel) Piñol says it’s going to be war with domestic agricultural producers. And nobody is advocating zero in the Cabinet right now,” Roque said at a press briefing.

Roqueexplained, “I verified from the economic team, they listened to the suggestion of former president and Speaker GMA. But no one actually agreed that it should be done. So there’s a possibility of reducing tariffs, but no one in the Cabinet has told me that they will actually endorse zero tariffs.”

Roque cited the need to balance the need to lower inflation and to protect local producers.“I think  it is Trade SecretaryRamon Lopez had a balanced view. Tariffs may be lowered but they cannot be removed. What I know is no one is saying that there will be zero tariff. But the lowering of tariff is possible,” the spokesman said.

At the Senate hearing on Wednesday, Socioeconomic Planning Secretary Ernesto Pernia also talked about a planned EO – but only on reducing tariff and not removing it outright due to the inflation rate that results to the prices of goods and services rising, from 5.2 percent in June and5.7 percent in July, higher than the fastest in over five years – largely because of higher food and transport costs.

The Senators called on Malacañang to evaluate carefully on its plan to issue an EO on tariff cut.

Sen. Panfilo Lacson said, “Yes, it will reduce prices definitely but at what cost to our local producers?  Once the market is flooded with imported meat, fish and vegetables, prices will go down for sure following the law of supply and demand.  However, our local producers – the farmers, hog and fowl raisers – will also suffer since they may not be able to compete, considering their high cost of production.”

Senate President Vicente Sotto III said he wants to see a matrix on the effect of tariff cut on local producers before an EO on the matter is issued.

While Sen. Francis Pangilinan called on the government to provide greater support for the rice farmers so that they could produce more.He suggested that the tariff collected from imported rice be earmarked for support services for the farmers.

Meanwhile, some lawmakers find the proposal to import more rice alarming. They said any shortage could be artificial and just a result of maneuviring by a cartel.

Butil party-list Rep. Cecilia Leonila Chavez said, “Rice self-sufficiency is the anchor of the national food security policy. It is perfectly achievable with adequate support from government and a public-private backed credit program. To abandon the pursuit of self-sufficiency is suicidal, ill-advised and the equivalent of betraying our rice farmers.”

“I have this fear that there is rejoicing in the rice production centers of  Thailand and Vietnam after hearing the policy declaration from the Department of Agriculture, with support and prodding from the economic managers,” Chavez added.

Chavez, who belongs to the super majority coalition in the House, said that importing more rice would be a “slap on the nationalist programs” of President Duterte.

Grains industry players said the National Food Authority (NFA) should not immediately release the additional rice imports to the market.

For Philippine Confederation of Grains Association (PCGA) president Joji Co who said, “As long as it is not released in the market to protect the farmers. We are expecting a bountiful harvest because it is rainy season so those not covered by irrigation, they will be able to harvest. The only time to release is by early January which is also considered lean month. If, weather permitting, we can have a good harvest, the price and supply will surely stabilize and the planned import can be our buffer stock.”

PCGA said it has no problem with the proposal to import 500,000 metric tons (MT) of rice as part of measures to control inflation. But  “timing is important”.

Bayan secretary-general Renato Reyes said, “The tariff reduction’s effect on high prices may not even be immediately felt, whereas scrapping or suspending TRAIN will have an immediate effect on prices. It makes more sense to support local production and increase domestic supply as a way to stabilize prices, rather than give another advantage to importers.”

Meanwhile Zenaida Soriano, chair of the National Federation of Peasant Women said, “The zero-tariff importation is not the solution to a problem, obviously created by the Duterte-instigated inflation via his TRAIN law, when monopoly traders dominate our economy, the proposal will only guarantee their giant, super-profits, while poor sectors are suffering from high prices and losses in livelihood.”