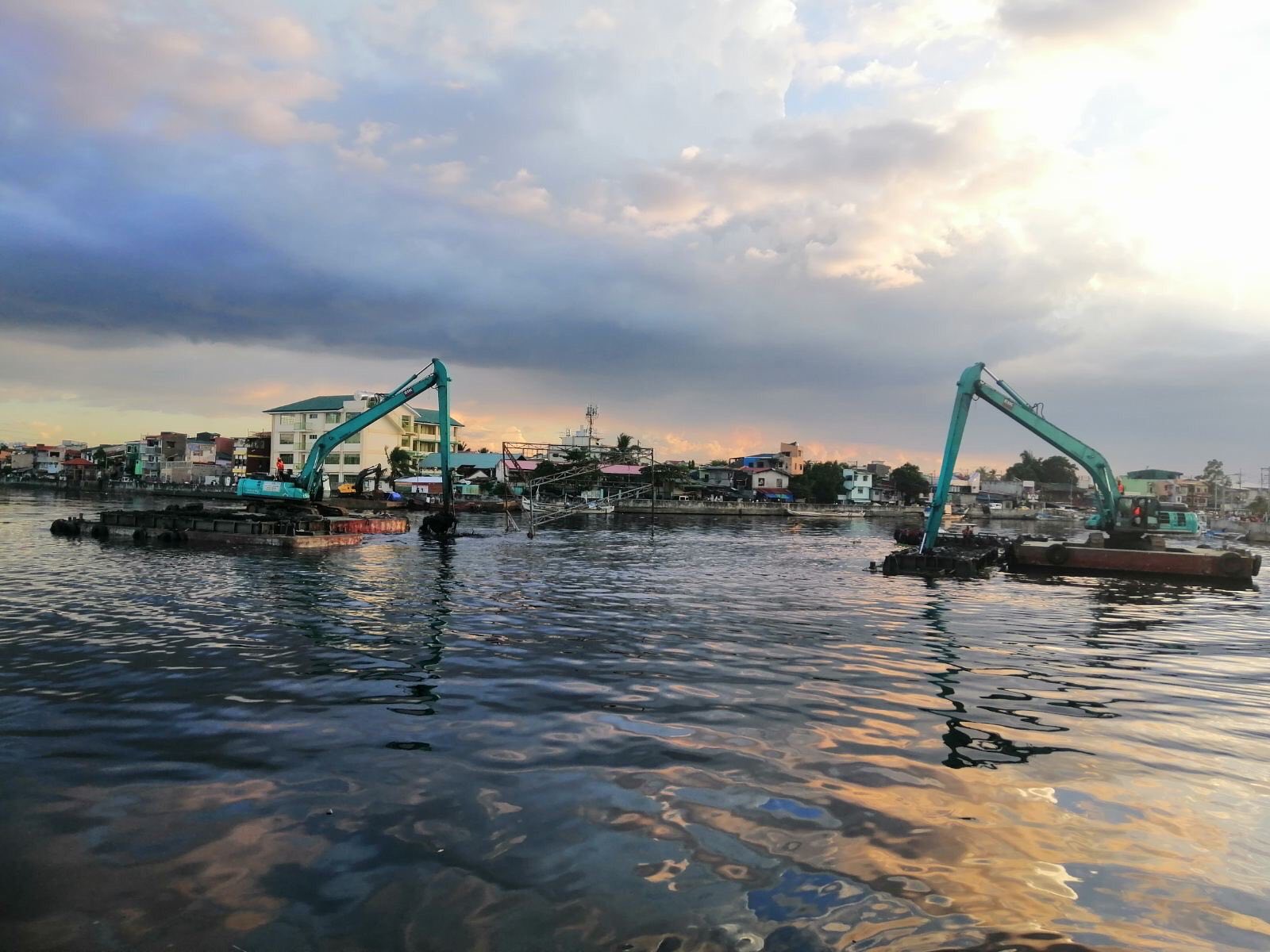 For so many decades, when the rain pours in Metro Manila, one can expect that the two cities known for flooding fast will already be affected, and these are Malabon and Navotas.

However, the recent onslaught of two typhoons in Metro Manila has reported that no major flooding incidents happened primarily due to the government’s installation of pumping stations, complemented by the continuous dredging of the Tullahan-Tinajeros River system by San Miguel Corporation (SMC).

“Based on the feedback we received from representatives of the local governments of Malabon and Navotas, no major floods were reported. This is largely due to the pumping stations installed by the government, particularly the Metro Manila Development Authority (MMDA) that easily channels floodwaters out to the Tullahan River,” Ang explained.

“At the Tullahan River, even with increased volume of water, there was also no river overflow. This is because we’ve already dredged and deepened the mouth of the river going to Manila Bay, to up to five meters,” Ang added.

Ang noted that the positive development shows the importance of implementing multiple and complementing flood mitigation measures, and further strengthens the company’s resolve to continue its efforts to clean up rivers.

“These recent calamities underscore the urgency and importance of all stakeholders coming together to work on multiple, long-term solutions to flooding, such as dredging rivers and taking care of, or re-planting forests,” Ang said.

The Tullahan-Tinajeros River Dredging project is a P1-billion corporate social responsibility (CSR) initiative of SMC that aims to dredge the entire 27-kilometer stretch of the river system. Launched together with the Department of Environment and Natural Resources (DENR) early this year, it complements the rehabilitation of the Manila Bay and is seen to boost flood mitigation by increasing the river’s capacity to handle floodwaters.

Ang reported that as of November 14, SMC had extracted some 60,532 metric tons of silt and solid waste from the Tullahan river, particularly from the section from Barangay Tanong in Malabon City, to the mouth of the river leading to Manila Bay in Navotas City. The area is within the first phase of the project.

On average, Ang said the company now removes some 600 metric tons of dredged soil and solid wastes daily from the initial 5.25 km. stretch from Navotas to Malabon City. In two years, SMC is looking to dredge a total of 1 million cubic meters from the Navotas-Malabon section alone.

“There are many factors that lead to flooding, some are natural-occurring, but many are man-made. We are not fully helpless against flooding, there are ways we can mitigate or minimize their impact,” Ang said.

“The Tullahan is a major tributary to Manila Bay, and passes many provinces and cities. It’s supposed to bring excess water from the La Mesa Dam to the Manila Bay. But over the decades, it has become shallow because of accumulated silt and debris, severely reducing water outflow to Manila Bay,” Ang explained.

The increasing volume of water coming from upstream areas to low-lying areas in the northern part of Metro Manila has also not helped. Thus, major emphasis was put on widening and deepening the Tullahan river to increase its capacity to receive water and reduce the incidence of flash floods in nearby areas.

Ang added that following the directive of the Department of Public Works and Highways (DPWH), SMC has increased the depth of dredged areas in the Tullahan River to five meters. This is crucial since many parts of the river have been reduced to a depth of only one to two meters, mainly due to the accumulation of trash and the presence of illegal structures.

“Although we’re already seeing improvements in the flood situation today, there’s still a lot that needs to be done. At our current pace, we will hopefully cover the Navotas and Malabon area within two years. After that, we will move on to the Valenzuela and Caloocan parts of the Tullahan river,” Ang said.

Recently, the local government units of Bulacan asked SMC to replicate the river dredging projects in tributaries belonging to the Marilao-Meycauayan-Obando River System (MMORS). Bulacan is one of several Central Luzon provinces affected by heavy flooding due to Typhoon Ulysses.

For Bulacan, Ang said that the plan is to dredge, widen, and deepen the Alipit or Taliptip River, Sta. Maria River, and the Meycauayan River, to address the risk of upstream flooding. This is part of SMC’s commitment to address flooding in the province, where it plans to build the P740-billion Manila International Airport, in Bulakan town.

Apart from dredging rivers, SMC has also started planting an initial 10,000 mangroves in Hagonoy, Bulacan, part of a massive initiative to plant close to 200,000 mangroves over 76 hectares of coastal areas in Bulacan and Central Luzon. This is to help mitigate tidal flooding.

“Flood mitigation is combination of many factors. Apart from the Tullahan River dredging and pumping system measures, we need the cooperation and help of all stakeholders to maintain the cleanliness and the depth of the river through solid waste management in their respective areas,” he said.