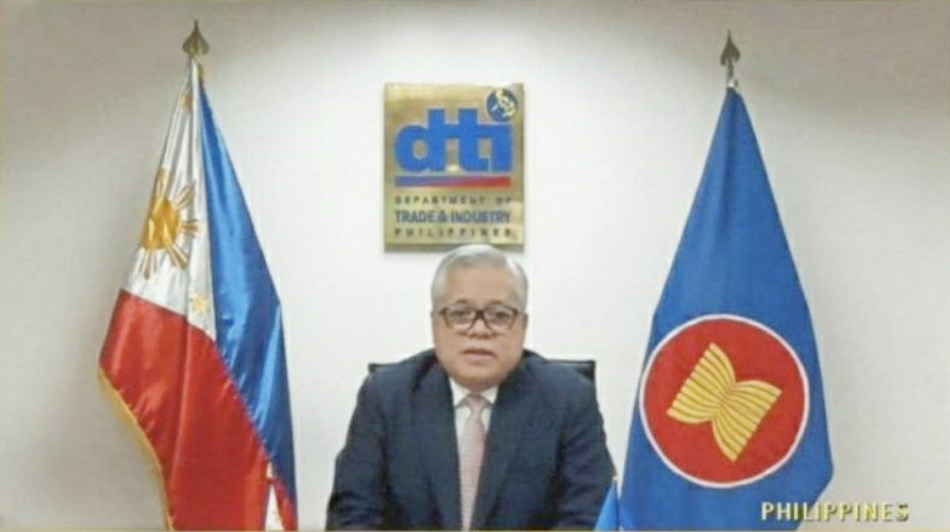 In the meeting, Secretary Lopez underscored the importance of inclusive growth of MSMEs, women’s business empowerment, and innovation as among the key economic drivers of all economies.

“Inclusivity is key to socio-economic development and support for MSMEs is highly important especially in these challenging times,” said Lopez.

The trade chief thanked member economies for developing projects and proposing new initiatives to implement the Boracay Action Agenda to Globalize MSMEs. The action agenda is a Philippine-led initiative that provided APEC a framework for action to support MSMEs in going global and to participate more effectively in trade, cross-border e-commerce, and trade in services.

In his statement, Secretary Lopez further highlighted the importance of women empowerment noting that female business owners or entrepreneurs are common in most APEC economies.

“Women’s economic empowerment should continue to form part of APEC’s agenda as it will magnify APEC’s resolve towards enhancing women’s economic participation, either in their capacity as entrepreneurs, professionals and technical workers, business leaders, or labor force participants,” the trade chief stated.

The Trade Secretary also stressed that innovation is the core of sustainable economic development as it fosters productivity, competition, and new opportunities. Thus, he highlighted the need to institute structural reforms to support these policies.

He added: “There is a need for APEC economies to create an enabling environment that promotes innovation and inclusive growth. Policies and programs must be implemented in a manner that addresses current demands with innovation at the center in order to foster sustainable economic development.”

Meanwhile, Foreign Secretary Locsin emphasized the importance of enhanced cooperation among member economies, saying: “Technical and economic cooperation is crucial in ensuring that our region comes out of any crisis better, stronger, a lot more resilient, a lot more robust. Let us continue to learn from each other in responding to and mitigating the impacts of the pandemic; so that together we can recover and rise again.”

Meanwhile, Sec. Locsin also stressed the transformative impact of digital and technological innovations, noting that the pandemic caused an unprecedented disruption of international trade and supply chains. He said that these innovations were driving the next iteration of global economic integration.

On concerns related to the World Trade Organization (WTO), Secretary Lopez reiterated his call for faithful compliance of WTO agreements and observance of trade rules, and the need to complete the Doha issues1. He also emphasized that in agriculture, substantial reductions in trade-distorting subsidies and the elimination of all forms of export subsidies must be observed.

As the regional economic forum gears towards the adoption of APEC’s Vision Post-2020, Ministers called on collective efforts to build on its past achievements to foster an open, dynamic, resilient, and peaceful Asia-Pacific community by 2040. The 2040 Vision will be announced during the APEC Economic Leaders’ Meeting (AELM), which President Rodrigo Duterte will attend on Friday, 20 November.

APEC economies2 account for around 85% of the total trade of the Philippines worldwide; 85% of total PH exports worldwide; and 86% of total imports from the world. APEC also accounts for 66.8% of the country’s total approved investments from foreign nationals.