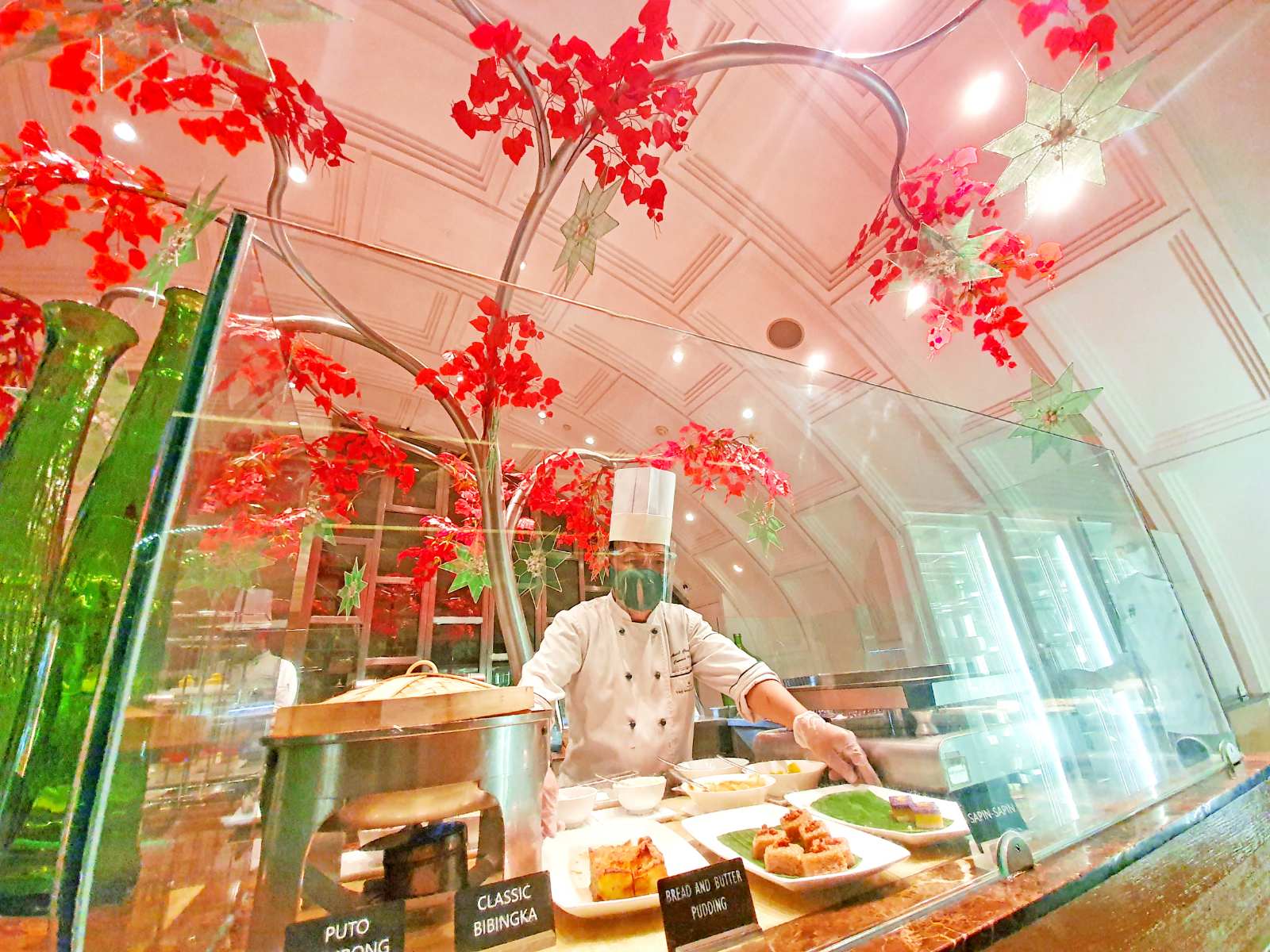 Cafe Ilang Ilang with its festive decor reopened last Thursday, September 17. It also hosted the launch of Manila Restaurant Week last September 15, wherein The Manila Hotel is one of the hosts

By Victoria “NIKE” De Jesus
Photos from The Manila Hotel

A finely selected and elaborate choices of food were served to fit the celebration of Manila Restaurant Week. Starters like the savory Spinach-Ricotta Ravioli in light Parmesan Cream Sauce or Pomelo-Prawns Lumpia in Calamansi Honey Dressing. For the main course, they served mouthwatering Beef Tenderloin in Balsamic glaze with marble potato and market vegetables, and also fresh catch Pampano cooked in Tandoori Oven with Peas Pilaf rice and stir-fried Asian vegetables. And to end the guests’ Epicurean experience on the said occasion, a choice of Fresh Fruits Salad with Ube ice cream or Mango panna cotta was served for dessert.

The Manila Restaurant Week was organized under the “Manila, Support Local” Campaign and was launched by the Bureau of Permits and City Government of Manila. The city-wide project aims to promote local food establishments in Manila that have been affected by the COVID-19 crisis. About 80 restaurants will be offering prix fixe menus at affordable prices during Manila Restaurant Week.

Launched on September 15, The Manila Hotel played one of the hosts of the multi-venue simultaneous kick-off, which was live-streamed on social media platforms. The other hosts were Bayleaf Hotel, Lucky China Town Mall, and Robinsons Place Ermita. The virtual launch was marked by an online performance of Lea Salonga who sang her new single, “Dream Again,” the official theme song of the campaign.

During the launch, Atty. Joey Lina, The Manila Hotel President commended in his opening remarks the effort initiated by City of Manila,  “I believe we can do a lot in restoring the City of Manila back to its former glory under the leadership of Mayor Isko Moreno. We in the private sectors will always support you in this very worthwhile undertaking. Soon, Manila will be great again,” said Manila Mayor Isko Moreno and Vice Mayor Honey Lacuña gave their respective speeches before checking the 11 restaurants that showcased their dishes at The Manila Hotel’s Roma Salon—namely Café Ilang Ilang, Century Park Hotel, Scorched, Golden Fortune, Luneta Park Hotel, Ilustrado, Tanabe, Jus & Jerrys, Patio de Conchita, Pares Kimchi, and Harbor View—and visiting the other venues, which was watched by thousands via livestream.

The Manila Hotel and all its outlets operate in strict compliance with health protocols, so our guests are assured of the highest standards of food safety and sanitation measures in accordance with the government guidelines.

For more information, you may check us out on Facebook or Instagram (@TheManilaHotel), or call 85270011 or 09989501912. For reservations, email resvn@themanilahotel.com.