‘The Journey of Our Friendship:’ A memorable look at the foundations of Phil-Kor friendship 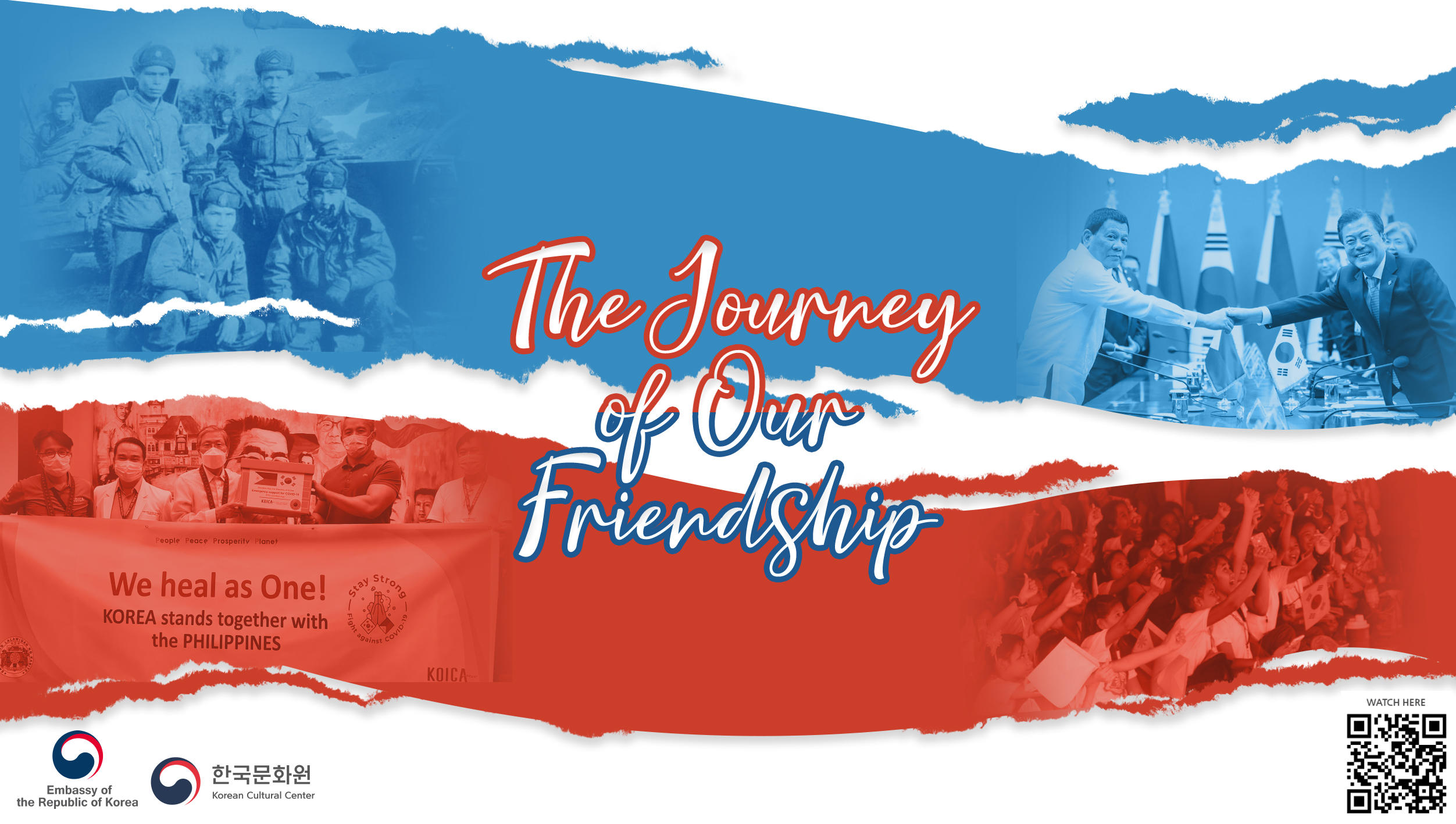 A friendship that goes back 71 years ago. A friendship that was founded during the Korean war but was solidified by years of tackling the good and the bad–support, progress, controversies, setbacks, and now a pandemic.

To celebrate this strong relationship of the Philippines and Korea over the years, Korean Cultural Center in the Philippines (KCC) has initiated the creation of a video that showcases how, when, and why the two countries have never left each other’s side since the beginning.

The video traces back the foundation of this relationship starting from the Korean War wherein the Philippines became the first Asian country to send combat troops to Korea through the Philippine Expeditionary Forces to Korea (PEFTOK).

As the years went by, both countries maintained their partnership in different ways that aid in improving the economy and the well-being of the citizens of each nation either through trade, investments, military, and tourism.

It was culture, however, that particularly raised the unbreakable bond between the two countries into new heights. The many times that Korea and the Philippines shared their culture among each other through film, language, arts, sports, food, music, movies, performances, events, and shows, were all magnificently shown in the video.

Proving that both countries are there for each other not only during the good times, Korea rallied to the Philippines’ side during the onslaught of the pandemic and has remained to be one of the most sturdy partners in battling the unseen enemy that’s been claiming livelihood and lives all over the globe. Not only did Korea provide monetary and medical aid to the Philippines, they have also assured that they won’t be leaving its side no matter the situation yesterday, today and tomorrow.

Watch the full heart-rending video ‘The Journey of Our Friendship’ by scanning the QR code on the image or by visiting the Korean Cultural Center in the Philippines YouTube Channel at https://www.youtube.com/user/kccphil.

Taking the trip down the memory lane further, KCC has co-produced with Korea’s Ministry of Patriots and Veterans Affairs, an honest and heartfelt video that involved some Korean War veterans. Set to be published on KCC’s  YouTube Channel soon, the interview has allowed the veterans not only to revisit the past, recall the lessons and memories, but also to talk about how being a Korean War veteran has impacted their lives and how they hope it would also affect the youth of today.

Meanwhile, South Korean Ambassador to the Philippines Dong-man HAN, speaking to THEPHILBIZNEWS last month said, “This year marks the 70th anniversary of the Korean war. 7,420 brave Filipino soldiers fought side by side with UN allied forces against communists. I strongly believe that today’s Korea would not be enjoying freedom, democracy and economic prosperity without the sacrifices of Filipino Korean war veterans. They deserve the title of heroes. Korean people will remember forever their dedication, devotion and contribution to defend Korea. Our future generation should learn their noble spirits and contributions. Let’s go together for our bright future based upon our solid friendship and partnership. Maraming salamat, veterans. Mabuhay!!!”

Korean envoy thanks Filipinos’ bravery during the Korean War, MPVA hosts a ceremony in SK