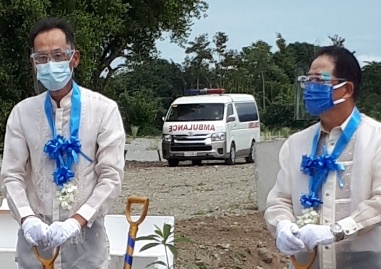 Sumitomo Wiring System expands its business by putting up a factory in Binalonan, Pangasinan which was done through a ceremonial groundbreaking yesterday, September 16, 2020.

With this development, Department of Trade and Industry Secretary Ramon Lopez said the recent groundbreaking of Sumitomo Wiring Systems, Ltd., a subsidiary of Sumitomo Electric, will support the Philippines’ push for greater innovation in its industries.

The Sumitomo Wiring System will be located in the Northluzon Aero Industrial Park (NAIP) and the groundbreaking ceremony was graced by Japanese executives of Sumitomo Wiring and local officials of Binalonan.

“Not only will the Sumitomo factory generate more jobs and employment for communities in the area, but it will also boost the development of our wiring industry to become part of the global value chain,” said Sec. Lopez.

The factory is the result of one of the 26 business agreements signed by Sec. Lopez during the visit of President Rodrigo Duterte to Tokyo, Japan last May 2019. The Trade Secretary spearheaded the President’s Business Program in Tokyo, amassing agreements valued at Php289 billion that would bring in new job opportunities for 82,000 workers.

Among the agreements was a Letter of Intent (LOI) signed by Sumitomo Electric Industries, Ltd. President and COO Osamu Inoue to build a new factory for the wiring harness and related products in Northern Luzon, for export to Japan and North America. 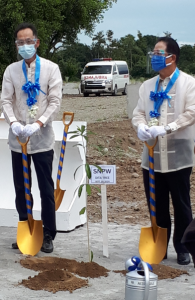 Following this, Sumitomo Wiring System set up a new subsidiary in the country last September 2019, its 9th in the Philippines. The company was registered under the Security and Exchange Commission (SEC) with the name of Sumi North-Philippines Wiring Systems Corporation (SNPW).

“With the introduction by Sumitomo Wiring of its patented technologies in high voltage wire harness product manufacturing operations in the country, DTI’s push for innovation and technology-driven value-added production for local industry development in the Philippines has borne fruit,” the Trade Chief said.

The DTI field office in Tokyo, Japan has been working in tandem with the Board of Investment (BOI) in the hand-holding process leading up to the project’s materialization.

Senior Trade Representative (STR) Dita Angara-Mathay said, “We are working towards cementing the Philippines’ role as a competitive hub for wiring harness production in the region. With eight players already operating in the country, we are expecting one more investor from Japan to join this ever-growing group of foreign investors in wiring harness manufacturing.”

Established in 2017, Sumitomo Wiring System is a leading global supplier of the wiring harness, related components, and several electronic products to the automotive and office equipment industries.

According to BMI Research, global sales of cars and light vehicles have been growing at 90 million per annum. Demand is expected to increase annually by 3.6 percent.

However, the Philippines’ share in the global wiring harness market of US$80 billion is at 6.5 percent.