SMC to buy up plastic wastes to power cement facilities 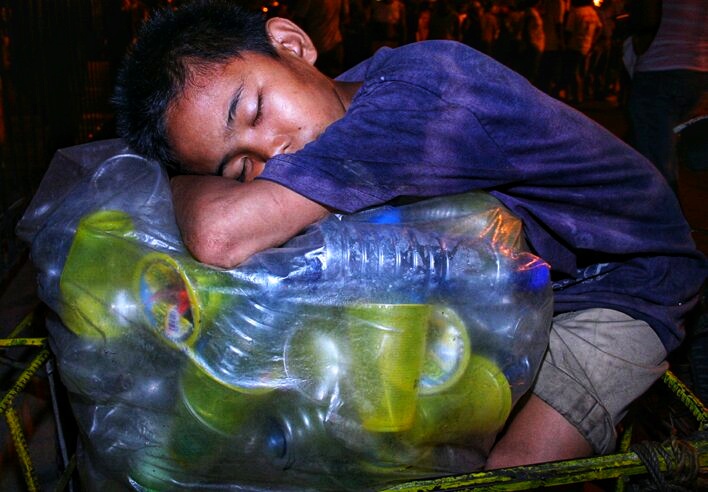 San Miguel Corporation (SMC) is ramping up its efforts to help manage the country’s solid wastes and create more livelihood opportunities in the pandemic by buying up bigger volumes of plastic wastes to fuel its cement manufacturing facilities.

This latest initiative comes after a string of major sustainability efforts launched recently by the conglomerate that include discontinuing its plastic bottled water business, building the country’s first recycled plastics road, and spending a billion pesos to rid major river systems of garbage.

Northern Cement Corporation (NCC), an affiliate of SMC, is capable of consuming up to 1.5 million tons of plastic waste per year. It is targeting to reduce the use of traditional fuel by up to 50% and substitute with plastic wastes.

“Technology to safely convert plastic waste to energy has existed for a long time, in fact, Northern Cement has been using this on a smaller scale. Other major manufacturers, both locally and globally, have also been using this. It’s a more environment-friendly and sustainable alternative to using traditional fuels,” SMC president and COO Ramon S. Ang said.

The company’s plan to expand and ramp up its use of plastic wastes for energy for NCC can now be implemented with the completion of its materials handling facility in Pangasinan.

With this, the company can safely collect and store plastic waste at scale, and safely convert waste into energy to reduce landfill waste, reduce dependence on fossil fuels and lower greenhouse gas emissions.

“With our materials handling facility ready, we can now expand this program. We are calling on assemblers, local governments, and companies, to collect and sell your plastic wastes to us. Together, we can help our environment in a substantial way, and at the same time, create more livelihood opportunities for so many Filipinos during this time of the pandemic,” he added.

Ang highlighted that collecting and assembling plastic wastes could provide many struggling Filipinos with an additional or alternative source of income–even as the country continues to cope with the economic impacts of the COVID-19 pandemic–similar to how glass bottle collectors have become an integral part of SMC’s supply chain and recycling process for many, many decades now.

Apart from providing jobs, the cement produced will also go to the construction industry, which itself generates a significant amount of jobs, and also drives infrastructure development and economic growth.

“Instead of just hoping for a better tomorrow, we continue to look for actual solutions where we can get the best outcome for the greatest number of people,” Ang added.

While NCC’s technology can allow for all types of plastics to be processed and converted to energy, Ang said they are especially targeting plastic bottles, which make up a significant amount of total plastic waste in the world. In 2017, SMC discontinued its Purewater plastic bottled water business to demonstrate its commitment to greater sustainability.

In November last year, it built the country’s first asphalt road made with recycled plastic wastes, at a company-owned logistics facility used by vehicles with heavy loads, as part of a pilot test to determine its long-term durability.

Also in November last year, it announced a partnership with a small, local firm, Philippine Bioresins Corporation, that has been developing and testing technology to create biodegradable plastics that meet government requirements for biodegradable materials.

The firm was given an Environmental Verification Certificate by the Dept. of Science and Technology’s (DOST) Industrial Technology Development Institute, which confirmed that the biodegradable polypropylene it developed would be 64.6% degraded within two years–compared to only 4.5 percent within the same period for non-biodegradable plastics.

Earlier this year, SMC initiated a P1 billion corporate social responsibility (CSR) project to clean up and dredge the entire 27-km. length of the Tullahan-Tinajeros river system over the next five years. It has been removing some 600 tons of garbage from the Tullahan river on a daily basis.

As of October, the company has dredged some of 48,000 metric tons of silt and garbage from the Tullahan river.

The initiative is part of a much larger plan to mitigate flooding in Navotas, Malabon, Caloocan, Quezon City, and parts of Bulacan. The company is also set to dredge major river systems in Bulacan to help address flooding there before it begins construction of its new Manila International Airport project.

SMC is also planting some 190,000 mangroves all over Central Luzon and Bulacan to protect coastal areas from tidal flooding and develop marine ecosystems.