SMC has produced 600,000 nutribans for 85 communities affected by COVID19 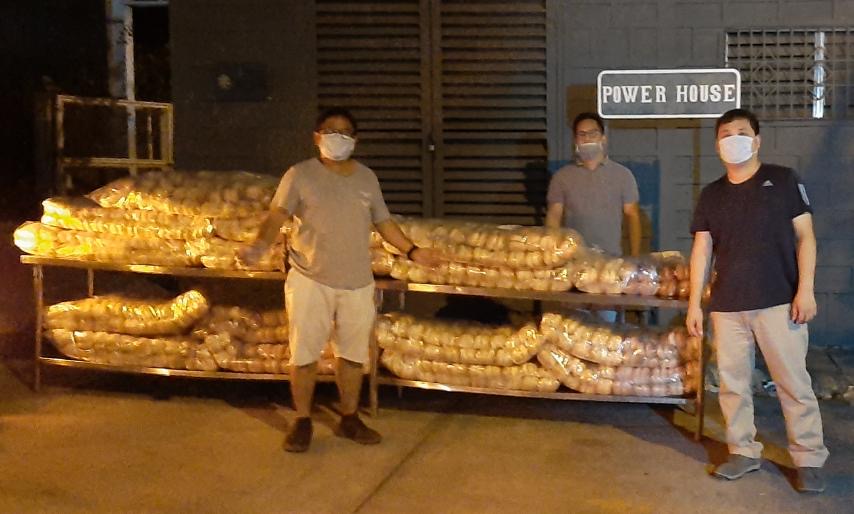 As the country continues to bear the trouble caused by the Covid-19 global pandemic, many businesses are affected and many economic activities have to stop and people’s lives are affected and the common problem is what to eat for the day especially in the poorest communities.

This led San Miguel Corporation (SMC) to revive and produce the nutritious bread to solely donate it to vulnerable sectors of society, reported that total production has breached 600,000 pieces —more than double its previous production of 284,171 during the closing weeks of April.

In his statement of support, SMC president Ramon S. Ang said,“While our food donations consisting of rice and San Miguel food products continue, there are still many who have limited or no access to sufficient nutrition–the most disadvantaged in our society, especially children. That is why we continue to work to increase production of our ‘nutribun’, so we can distribute them for free and provide essential nutrition for them.”

The new iteration of “nutribun”, like its predecessor, is packed with many health benefits, especially for young people. Proudly made with San Miguel Mills’ King Hard Wheat Flour and its Star Margarine, the reformulated Nutribun was developed by the company’s flour technology team. Compared with the normal bread like pan de sal, SMC said their nutribun is denser, with 85 grams of dough, high in dietary fiber and is a good source of iron and iodine.

“It is really designed to provide energy and essential nutrients, so that our disadvantaged youth can avoid hunger and hopefully maintain good overall health during this pandemic,” Ang added.

Children, the most vulnerable

“The quarantine is still far from over, and while we worry about the spread of the virus, we also cannot disregard its impact to families already saddled with poverty, whose children are the most vulnerable.”

Data from “The State of the World’s Children 2019” released by the United Nations Children’s Emergency Fund (UNICEF) reveal that one out of three children under the age of five are stunted in growth as many children in poor families are threatened with undernutrition and hunger.

Given the pause in economic activity and lack of income sources for most poor families, this figure is expected to increase and should be addressed.

SMC’s nutribun donations have already reached some 85 communities, as well as the homeless, through its partnerships with non-profit groups.

These include institutions like Communities Organized for Resource Allocation (CORA), Caritas, Puso ng Ama, Jesuit missions, other NGOs, as well as through military and police installations, parishes, convents, barangays, and local health offices.

Since the start of the implementation of the enhanced community quarantine throughout Luzon, San Miguel Corporation has launched what has now become the largest food donation drive in the company’s history.

It has donated some P491.4 billion worth of food, including rice, canned meats, poultry and fresh meats, flour, dairy, coffee, and biscuits.

Its total contributions to the country’s anti-Covid-19 efforts–which also includes donations of life-saving medical equipment and supplies, free disinfecting alcohol manufactured from its reconfigured liquor plants, and free fuel and toll to transport medical front liners, among many others–have reached over P1.1 billion and is still growing.

BUSINESS MENTOR: The Pros and Cons of Running a Home-based Business
August 7, 2020