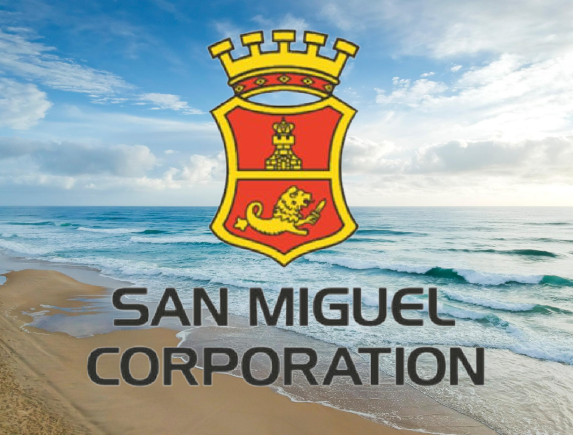 San Miguel Corporation has partnered with “Bantay Dagat” (Sea Guardian) in Calatagan, Batangas as part of its corporate-wide initiative to promote healthy seas and ensure sustainable livelihood for small fishing communities, especially in areas where it operates.

SMC has donated patrol boats to the Calatagan community task force that enlists fisherfolk in coastal villages to help enforce coastal and fisheries laws–particularly against the use of illegal fishing methods and illegal equipment.

A boat each was also given to the Municipality of Calatagan and the Philippine Air Force based in Batangas to boost patrolling in the area.

SMC also made a larger donation of 19 motorized boats for local fisherfolk groups, to be used primarily for their livelihood.

“With our humble contribution to the local Bantay Dagat task force, we hope to provide them additional tools to help curb illegal fishing and other activities that are destructive to marine ecosystems in this area,” SMC president Ramon S. Ang said.

“Our goal is to help preserve and protect marine resources, so that local fishermen can sustain and even improve their livelihoods for the long-term. The sea is their primary source of food and income. We want to help where we can make the biggest difference–in this case, empowering locals to better protect the seas and their livelihoods — and bring tangible, sustainable benefits in communities where we operate,” he added.

Just beyond the Batangas coastline lies Verde Island Passage, a strait between Luzon and Mindoro that known around the world as among the richest in terms of marine biodiversity.

Some 57 fishermen will co-own the boats and benefit from the donation. The fishermen, who have never owned their own fishing boats, are mostly relocatees from the towns of Calatagan and Balayan.

Ang underscored the importance of balancing livelihood and the need to preserve marine resources for fishermen.

“While providing them new homes has been our foremost priority, we also learned that many of the Balayan and Calatagan fishermen have never owned fishing boats. This has made both community patrolling and earning a livelihood very difficult for them. Fortunately, we were able to source these boats also from local communities, and we formed the fishermen into groups so they can share ownership and the upkeep of these boats,” said Ang.

Ang said that even as the fisherfolk have been engaged in fishing their whole lives, SMC is helping to teach them other ways to generate income.

“This way, they can have more sources of income. At the same time, this will ease the strain on fishing resources. With less reliance on fishing as the sole source of income, there will be more time for marine resources to replenish, resulting to increased sustainability for the long-term.”