Seizing the dream: From ‘Suka and Toyo’ to ‘Space’ technology and Technopreneurship 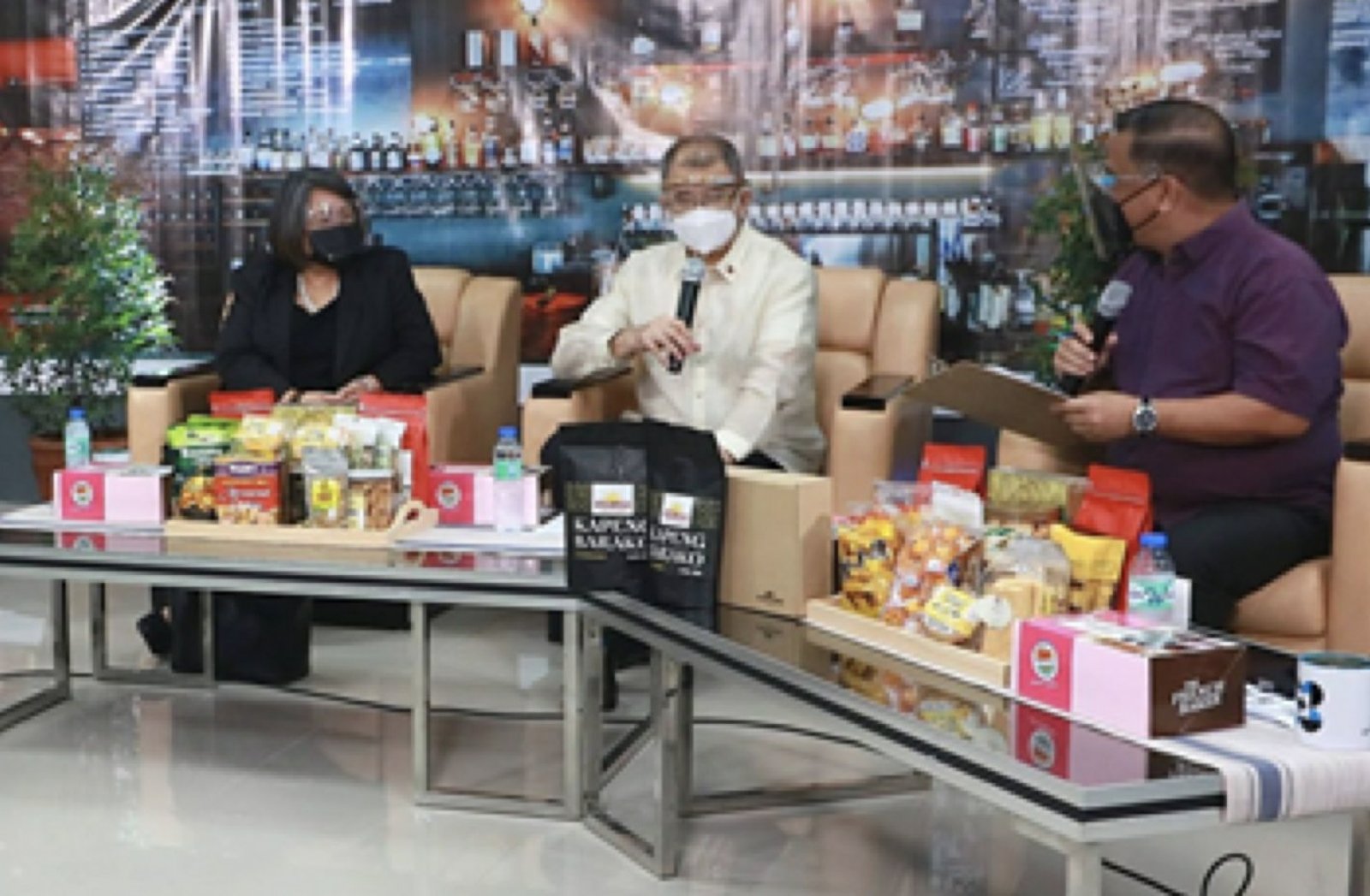 “Sky is the limit”. This is how a successful person achieves his dream, and even American Astronaut Neil Armstrong said, “That’s one small step for man, one giant leap for mankind.”

Looking back, who would have thought that the Department of Science and Technology has been instrumental in advancing the country’s Global Innovation Index Rank ranking 50th place in jumping by 4 notches?

This is after painstakingly researching, collaborating and tapping the right people to put as where our country is now. This is how DOST Secretary Fortunato T. de la Peña sees the transformation of the DOST under his tutelage.

“We were chided as S&T, Suka and Toyo,” was how the Department of Science and Technology (DOST) was referred to during its earlier years, said Secretary Fortunato T. de la Peña. The pun was shared by the science chief during a light conversation in a special online chat called “Coffee Chat with Sec Boy” commemorating the 63rd anniversary celebration of the Science Department on 15 June 2021.

Sec Boy elaborated that history would tell that the DOST is no longer just for suka or toyo but in reality, the Department soared high with its many accomplishments through the years. He relayed how the two decades of DOST were devoted on the Human Resource Development program. The year 1958 when Congress established the National Science Development Board, pioneered by Dr. Frank Co Tui, marked the start of collaborative research that was done in Sta. Barbara with the Department of National Defense on cloudseeding. That year, the country started its geothermal energy research by the Commission on Volcanology, the predecessor of the Philippine Institute of Volcanology and Seismology (PHIVOLCS).

“In the 80’s, this was the time that I joined DOST, and saw the transition from the NSDB and became the National Science and Technology Authority, which has already administrative supervision over several institutes,” said de la Peña who had been serving the agency for 40 years already.

That decade, two more sectoral research councils on industry and energy, and health were created. Prior to that, the Philippine Council for Agricultural Research was established in 1978. “That was the time that we started contract research and adopted the ‘demand-pull’ strategy for R&D,” elaborated de la Peña. It is a research strategy where R&D institutes develop technologies based on what the sector it serves needed.

“This was the time when products that are not really high-tech(nology) but are useful to the people,” said de la Peña. “I remember, they were sort of chiding us by saying that S&T is suka and toyo (vinegar and soy sauce) because we were promoting, at that time, because people needed that, at a time we were processing their agricultural products.”

Fast-forward to the present, DOST is behind most of the big-ticket R&D activities in the country.

DOST Undersecretary Rowena Cristina L. Guevara said that the country is an efficient innovator as it produces high impact outputs from its modest innovation inputs.

According to Dr. Rowena Cristina L. Guevara, Undersecretary for Research and Development, “from 2011 to 2016, ang R&D funding ng DOST increased from Php1 billion to Php7 billion.” She disclosed that since the implementation of the Science for Change program, the country had established 35 Niche Centers in the Regions for R&D, which enables Higher Education Institutions to develop their own R&D initiatives to spur developments in the regions through the technologies developed under the program.

Because of this thrust, the country’s ranking in the Global Innovation Index improved in 2020, ranking 50th among the 131 economies from rank 100th in 2014. “We are considered as efficient innovators,” declared Guevara. “Kasi ang input natin ay hindi gaano kalakihan pero grabe naman ang output natin.”

The country also forayed in space science that enabled Filipino scientists and engineers to develop and deploy into space the Philippines’ first microsatellites Diwata 1 in 2016 and Diwata 2 in 2018. With the success of the first two microsatellites, DOST once again sent into outer space the first nanosatellites called Maya 1 in June 2018 and Maya 2 last February 2021. These encouraging achievements led to the eventual birth of the Philippine Space Agency, the government agency mandated to promote and develop the country’s space technologies, capabilities, and applications. The agency is now headed by the former director of the Advanced Science and Technology Institute of the DOST.

(The Advanced Science and Technology Institute has ventured into environmental surveillance, that is how good the Filipinos are? Before, fairies can only be found in the forest, now fairies can now be found in space [referring to the Diwata 1 and 2 satellites] and a sparrow (Maya bird) that fly low from the ground but now it hovers over space as the Maya satellite).

DOST Undersecretaries Dr. Renato U. Solidum Jr. (left) and Engr. Sancho A. Mabborang shared that DOST were able to save hundreds of thousands of lives from its disaster management initiatives which improved the country’s weather forecasting, community disaster management engagements, disaster decision making tools, and championing technopreneurship in the countryside. (Photo courtesy of Henry A. De Leon, S&T Media Service)

He also shared the many developments over the years as DOST, through its attached institutes PHIVOLCS and the Philippine Atmospheric, Geophysical, and Astronomical Services Administration (PAGASA), have efficiently forecasted and monitored various natural disasters through the use of knowledge products and weather and geohazards forecasting technologies. “Today, PHIVOLCS can now remotely monitor volcanoes; we have near real-time volcano monitoring stations, where we can monitor all the volcanoes in our facility in Quezon City,” revealed by the country’s premier ‘fault finder’.

Usec. Solidum also shared that the country now has 109 earthquake monitoring stations from just 10 sometime in the 80’s. Aside from this, 29 sea level monitoring stations for tsunami monitoring were established while in earlier years, PAGASA, the State Weather Forecasting Bureau, used rain gauges to gather rain from buckets. “But now we have 17 doppler radars that can forecast typhoons from a distance of 200 kilometers and 13 flood forecasting and warning centers with additional five more being constructed.

For his part, DOST Undersecretary for Regional Operations Sancho A. Mabborang highlighted the success of DOST’s Small Enterprise Technology Upgrading Program (SETUP), a nationwide program that empowers micro, small and medium enterprises to be more productive and competitive.

Mabborang reported that since 2002 when the program was launched, they have already assisted 90,000 small to medium enterprises and generated additional 290,000 jobs mostly in the countryside. Aside from this, he bannered the Food Innovation Centers, mostly found inside the campuses of state universities and colleges in the regions, that conduct collaborative R&D activities and other support services that enable development in the food sector. As a result, the centers were able to create new products and technologies that helped spur new developments for SMEs and enliven economic activity in the regions.

As the science department marks its more than six decades of serving the people through science, technology, and innovation, the thousands of men and women of science continue to pledge their full support and dedication to improving the lives of every Filipino in the future beyond the new normal.