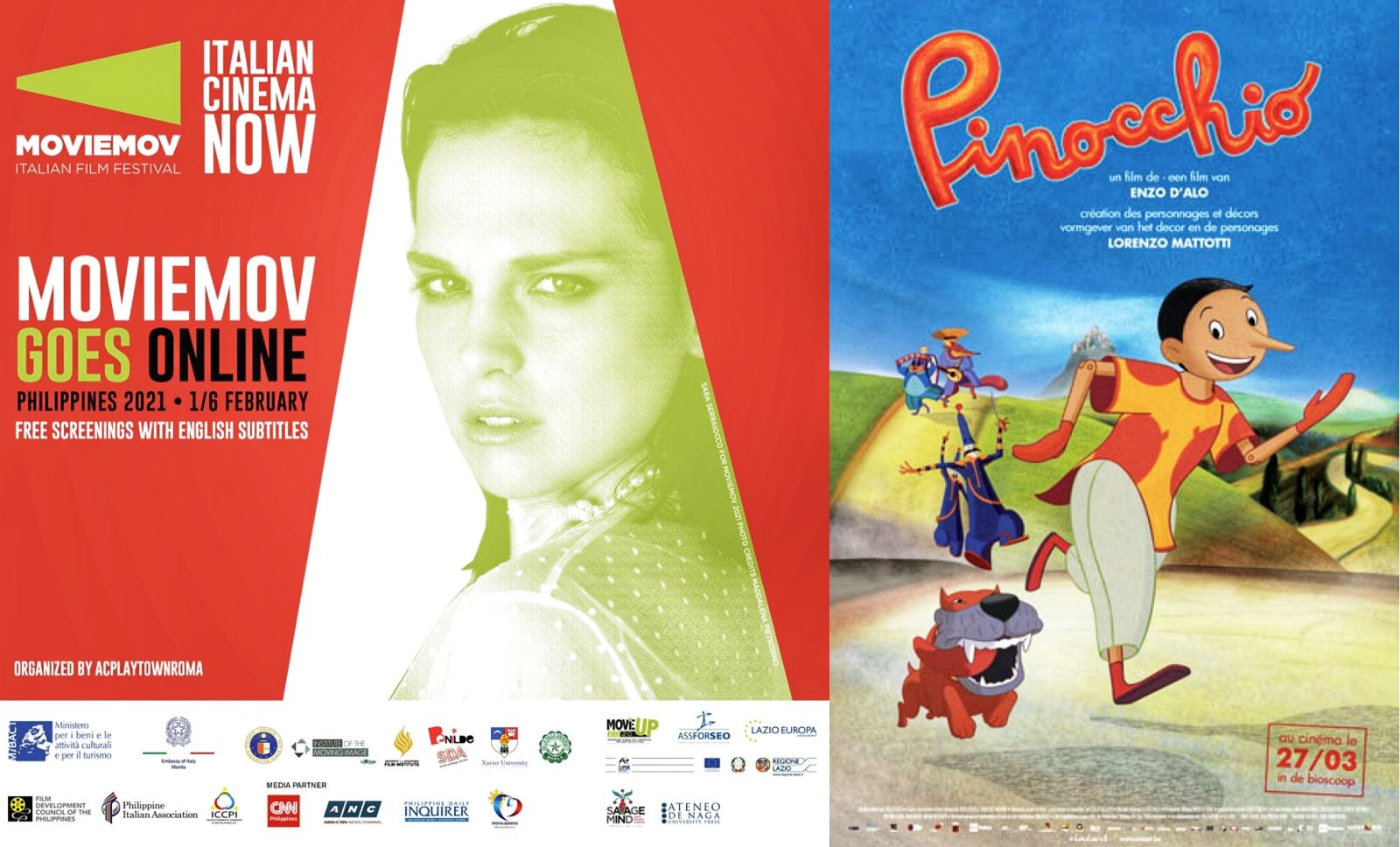 “Given the measures taken to contain the spread of the pandemic in Asia”, the two artistic directors Fabia Bettini and Gianluca Giannelli announced, “we decided to confirm the tenth edition of Moviemov Italian Film Festival Manila making it accessible online, as we are convinced that more than ever, it’s important to restart through culture and cinema.”

“I’m honored to be the guest of honor of Moviemov, a festival that gives visibility to Italian movies in the Philippines”, declared Sara Serraiocco. “Especially in this difficult time for cinema, with the movie houses still closed”.

Produced and organized by the cultural association Playtownroma and directed by Fabia Bettini and Gianluca Giannelli, Moviemov Italian Film Festival is a nomadic festival created in 2010 thanks to the support of the Directorate general for Cinema of the Italian Ministry of Cultural Heritage and activities and on the request of the Italian Embassies in Bangkok, Manila and Hanoi, with the support of public institutions and other partners in Italy and abroad.

This year, for the first time, Moviemov Italian Cinema Philippines will be organized in three different parts: Moviemov Showcase, with eight movies and a tribute to Pinocchio, on the occasion of its 140th anniversary; Moviemov Industry; and a Social Segment, with the screenings of the short movie Princess by Silvia Luzi and Luca Bellino.

PINOCCHIO IN THE ITALIAN CINEMA

The festival will also pay tribute to Pinocchio, on the occasion of the 140th anniversary of the first appearance of the famous character, protagonist of  Carlo Collodi’s children’s novel, initially published serially on the weekly “Giornale per i bambini” (Children’s newspaper), between 1881 and 1882. The tribute will navigate through literature and cinema, with detailed “focus on” and masterclasses, and it will be organized thanks to the Embassy of Italy in Manila, and in collaboration with PIA and Ateneo de Naga University Press.

In the main program of the festival, it will also be presented “PINOCCHIO” by Matteo Garrone, 2019 followed by a talk with the cast of the movie.

An online business section with dedicated screenings and meetings will be organized with the purpose of promoting audiovisual products, through dedicated screenings for buyers, panel discussions and online meetings, among others. A virtual fair experience, supported by a digital and secure tool for international relations activities, which allows us to provide to Italian and Filipino professionals an opportunity to be visible, to explore co-productions, funding and distribution of the most interesting and recent audiovisual products.

The Industry section is made possible thanks to the support of Ass.For.SEO, the funding by Regione Lazio and MOVIE UP 2020 and will be organized in collaboration with the Film Development Council of the Philippines.

A social segment, on the other hand, will represent a bridge of dialogue between Italy and the Philippines, a spotlight on realities that are often hidden but can emerge thanks to the power of images. For this edition, Moviemov will shed a light on the terrible fire that destroyed the homes of a Filipino community in Rome last August. The short film, Princess, directed by Silvia Luzi and Luca Bellino, tells of a quiet community who lives in the heart of upscale Rome, in the vicinity of well-appointed homes, embassies and exclusive tennis clubs, on the edge of the river that runs through the city. We think we don’t know them but they are our helpers, babysitters and caregivers.  They come into our lives during the day and they return to their makeshift homes at night, until a ravaging fire destroys them all.  Princess, Nicole and Diane dream of having a new home for themselves and their grandparents.  They are not aware that they are invisible and they fancy that making a wish will be enough to forget the blaze and the ensuing destruction.

A short film that has the great ambition of erasing the distance and put in contact worlds that are only seemingly disconnected.

The entire program will be accessible for free, without registration, movies will be in original language with English subtitles, masterclasses and talks in English. The virtual movie theater has a capacity of 300 pax (first come first served: be on time!)

Screenings will be followed by talks with filmmakers, actors and producers, which will be accessible online both in the Philippines and Italy.

A system on the platform will allow viewers to rate the movies. The festival will end with the awarding ceremony of the best movie at Moviemov 2021, on Saturday at 7:30 PM.