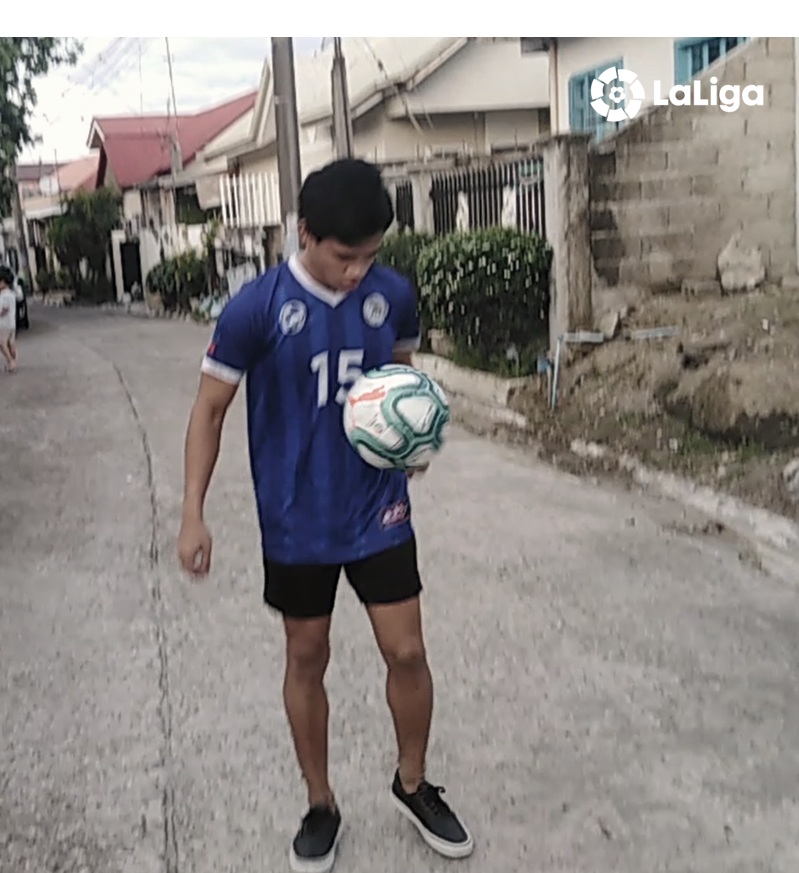 LaLiga is celebrating the imminent return of the football season today. their new campaign captures the excitement being felt by the league’s global fanbase in collaboration with its official partner PUMA.

The campaign, titled #LaLigaBouncesBack, launches with a video featuring an array of global sports stars, including LaLiga Santander players Luis Suarez, Antoine Griezmann and Jan Oblak, who are seen passing LaLiga’s official match ball, designed by PUMA. The ball is passed through nine different countries before arriving back in Spain, ready for competition to resume on 11th June.

With this new partnership between PUMA and LaLiga to celebrate the return of the competition around the world and there’s a Filipino sharing the stage with stars like Griezmann and Oblak.

Carlo Dorin, the young PUMA athlete, and U18 player for the Philippines national team participates in showing his skills with ball representing the Philippines in this new international campaign.

The #LaLigaBouncesBack campaign features 32 international stars, reflecting LaLiga’s leading role in the global sports industry. The campaign video stars the likes of Luis Suarez, Antoine Griezmann, Santi Cazorla and Jan Oblak as the official PUMA match ball passes through various countries before arriving back in Spain for the league to resume on June 11th.

Meanwhile, Marc Bartra of Real Betis and Suso of Sevilla FC, who will face each other in El Gran Derbi to mark the return of LaLiga competition, also appear in the video.

In line with the #BackToWin campaign, launched by LaLiga and Movistar, the video conveys the message that restarting the competition is not only important for LaLiga and its clubs, but also for the millions of fans who follow the competition worldwide, as well as the wider sports industry.

Reflecting the international audience of LaLiga, the ball passes through the USA (via Fafa Picault of FC Dallas and Juan Pablo Torres of New York City FC), Singapore (including Raihan Rahman of Tanjong Pagar United), South Africa (including Themba Zwane of the Mamelodi Sundowns) and Mexico (including Rogelio Funes Mori), all of which are countries where LaLiga has already established global offices.

Óscar Mayo, LaLiga’s head of revenue, marketing and international development, said: “More than 2.7 billion people in 183 countries watch LaLiga every year. This initiative with PUMA underlines the global nature of our competition and the anticipation that is being felt far beyond Spain as we prepare to return. We want to share this moment with all our followers as well as our partners worldwide.”