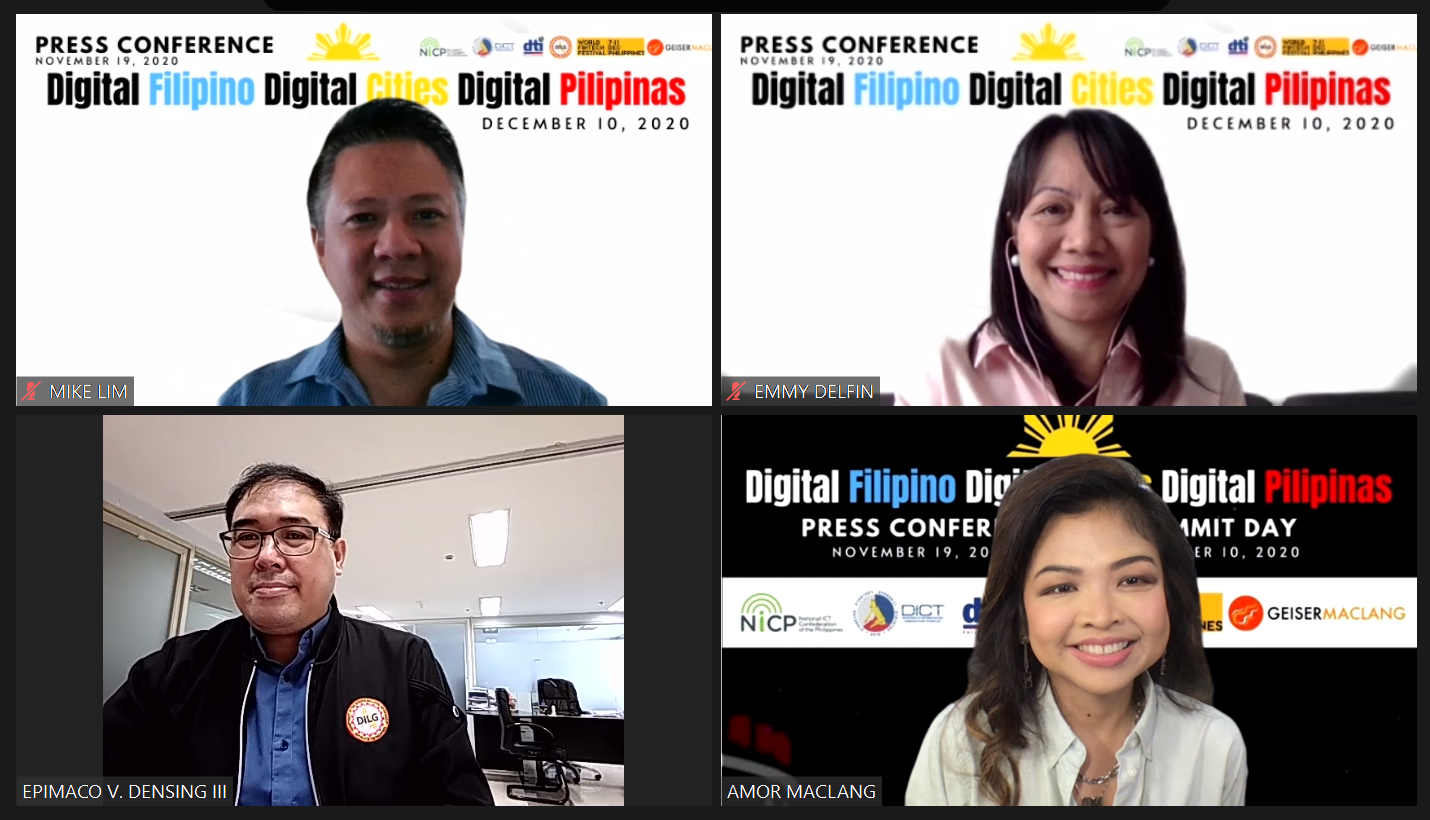 
For the past two years, the Philippines proves that it is among the world’s most innovative economies as it ranked 50th out of 131 countries in 2020 as reported in the 2020 annual Global Innovation Index (GII).

Interestingly, this is the first time that the Philippines has breached the top 50 of the GII, which recognizes the country as an “innovation achiever” for the second year in a row that even Dr. Sacha Wunsch-Vincent, GII Co-Editor, Head, Composite Indicator Research Section, Department for
Economics and Data Analytics of the World Intellectual Property Organization (WIPO) cited the country’s potential in capitalizing on the technology during the virtual presser held on September 04, 2020.


According to the GII 2020 report, the Philippines stood out in the areas of innovativeness of its business sector and the innovation outcomes produced by its investments, with the levels of outcomes that even surpassed some high-income economies.

As the tale of the tape unfolded, the report disclosed that the country performed beyond expectation as it grabbed rank 6th in Productivity growth, rank 7th in Firms offering formal training, and rank 8th globally in the area of Utility models by origin.

Given all the data above, it is just right that the Philippines takes the digital transformation, the road that will restore our country speedily and make our economy more robust, from the city-wide level to the national.

It will be the single, largest, most important virtual conference that will tackle head-on the issues of business, technology, and countryside development. National and local government leaders, captains of industry, industrialists from foreign chambers of commerce, and media professionals will address the joint issues that influence the outcome in business and technological progress.

In the event’s November 19 press conference, different government representatives discussed the current state of digitization in the country and how it can be improved to scale. Speaking in a panel discussion were NICP President Michael Tiu Lim; DICT Director for ICT Industry Development Bureau Emmy Delfin; and DILG Undersecretary for Operations Epimaco V. Densing.  Moderating it was Amor Maclang, “Digital Pilipinas” Convenor and co-founder of GeiserMaclang Marketing Communications Inc.

NICP President Michael Tiu Lim explained that the vision behind the “Digital Pilipinas” campaign is to “bring improvement and economy to the countryside. We cannot live off cities like Cebu and Manila, but we need more cities like Davao.” One way to do it is to “upskill the current workforce so that we would have the necessary talents for them to hire.”

Investment in the upskilling of the individual Filipino can spiral into regional growth and then build into a massive nationwide effort. As Ms. Maclang explained, “What we want to communicate is that there is now a national movement to make tech. What better way to start ‘tech-ing’ up the country than by tech-ing up the communities and our cities.  We envision that there will no longer be a digital divide, regardless of where you are: no municipality is ever too far because of technology.”

Over the years, the Philippines has made significant progress in improving internet connectivity, boosting digital security and regulation, and supporting tech education. In 2018, the Ease of Doing Business Act was signed and made effective to empower entrepreneurs and SMEs to move forward in the digital age.

DILG Undersecretary for Operations Epimaco V. Densing emphasized, “Tech has always been the focus of this government, and we need to instill its importance on a national and local level. Before digitization, we have been losing at least $B2-3 billion because many foreign investors were frustrated with our systems. That could have been equivalent to 100,000 to 200,000 jobs.”

He also revealed one radical but long-needed reform that digitization and its transparency of data can bring: “If we minimize contact between officials and the transacting public, corruption on the LGU-level will be minimized.”

DICT Director for ICT Industry Development Bureau Emmy Delfin underlined the massive employment generation that Information and Communications Technology (ICT) development has brought about. She said, “The BPO industry is one of the biggest examples. Tech has turned it into one of our most resilient industries. We have a recalibrated road map that forecasts 1.6 million jobs by 2020.”

The DICT, together with the BPO industry association the IT and Business Process Association of the Philippines (IBPAP), and real estate brokerage services company Leechiu Property Consultants (LPC), have identified 25 cities across the country that are poised to join the digital revolution. These include the likes of Balanga, Puerto Princesa, Cabanatuan, Legazpi, Tarlac, Urdaneta, among others. By 2025, the goal of the Digital Cities program is to cultivate countryside development and empower rural areas to become thriving business districts and viable investment hubs for IT-BPM services.

To date, only 30% of cities and municipalities have started on the digital transformation journey, but 75% of talents in the urban areas already come from the countryside—a testament to the immense potential. Dir. Delfin enumerated the necessary parameters that can help them succeed:  availability of talent; infrastructure; the cost of doing business; and the ability to handle enterprise risk management.

Cultivating innovation, a tech-forward business environment, and collaboration across all sectors in a whole-of-government, whole-of-nation approach is vital to the formation of a digital Philippines. “We at NICP have been investing in the workforce of tomorrow. In fact, we even have talent upskilling initiatives to help people that fall below the requirements still be able to get jobs. But we cannot do it alone,” said NICP President Lim. “We need people and other stakeholders to join. The LGUs have been stepping up. There are different programs within a city that can make it smart. We hope to make the Philippines proud. We look forward to seeing you all again on December 10 for the “Digital Filipino, Digital Cities, Digital Philippines” Summit.”

Sign up for “Digital Filipino, Digital Cities, Digital Philippines” through the link https://tinyurl.com/DigitalPilipinas2020 and join the tech revolution today.

The Philippine Business and News (THEPHILBIZNEWS) is a new media platform that sheds light on local and international business and socio-economic issues that impact the everyday lives of Filipinos. Leveraging on the various digital platforms, we reach a broad online audience with our unique brand of journalism and good business advocacy.

THEPHILBIZNEWS takes pride in delivering stories that educate people towards progress. Our motto, “Business is Our Forte,” resonates in our content portfolio which mirrors the side of business in anything and everything: News, International Diplomacy, Travel and Tourism, Agriculture, Education, Arts and Culture, Technology, Health, Motoring, Lifestyle, Markets, Construction and Real Estate, Entrepreneurship, Food, Events, and all Philosophies about Money.

Our mission is to be the Filipino’s preferred source of factual information wherever they are in the world; the compass for entrepreneurs and industry decision-makers; the promoter of investments; and a contributor to the betterment of our country and our society.

On its 10th anniversary, THEPHILBIZNEWS has gained almost 63K followers, and an official name no less patriotic – The Philippine Business and News – as registered with the Securities and Exchange Commission (SEC).

Hailed as the “Best Blogger of the Year (Online Media Category)” at the 2015 Asian PEACE (People’s Empowerment for the Advancement of Communities and Environment) Awards, THEPHILBIZNEWS maintains a formidable following among overseas Filipinos and has established itself as a perennial Business Media Partner of Foreign Embassies in the Philippines and Business Media partners of some Foreign Chambers in the Philippines.

Wikipedia describes THEPHILBIZNEWS as “one of the new players in the online news portal” in the context of Filipino readers turning to alternative news sources because of the proliferation of disinformation and fake news. It wrote that The Philippine Business and News “tackles diplomatic and business news from foreign chambers and embassies, and also business stories of start-ups as well as micro, small and medium enterprises in the Philippines.”

True to form, THEPHILBIZNEWS has given a voice to local companies and international businesses looking to establish a presence in the Philippines, reinforcing awareness more effectively to their target market and demographic.

Being a media company in these times is both a great challenge and a humbling opportunity to be in the service of the public. We in THEPHILBIZNEWS aspire to be deserving of this honor and responsibility.