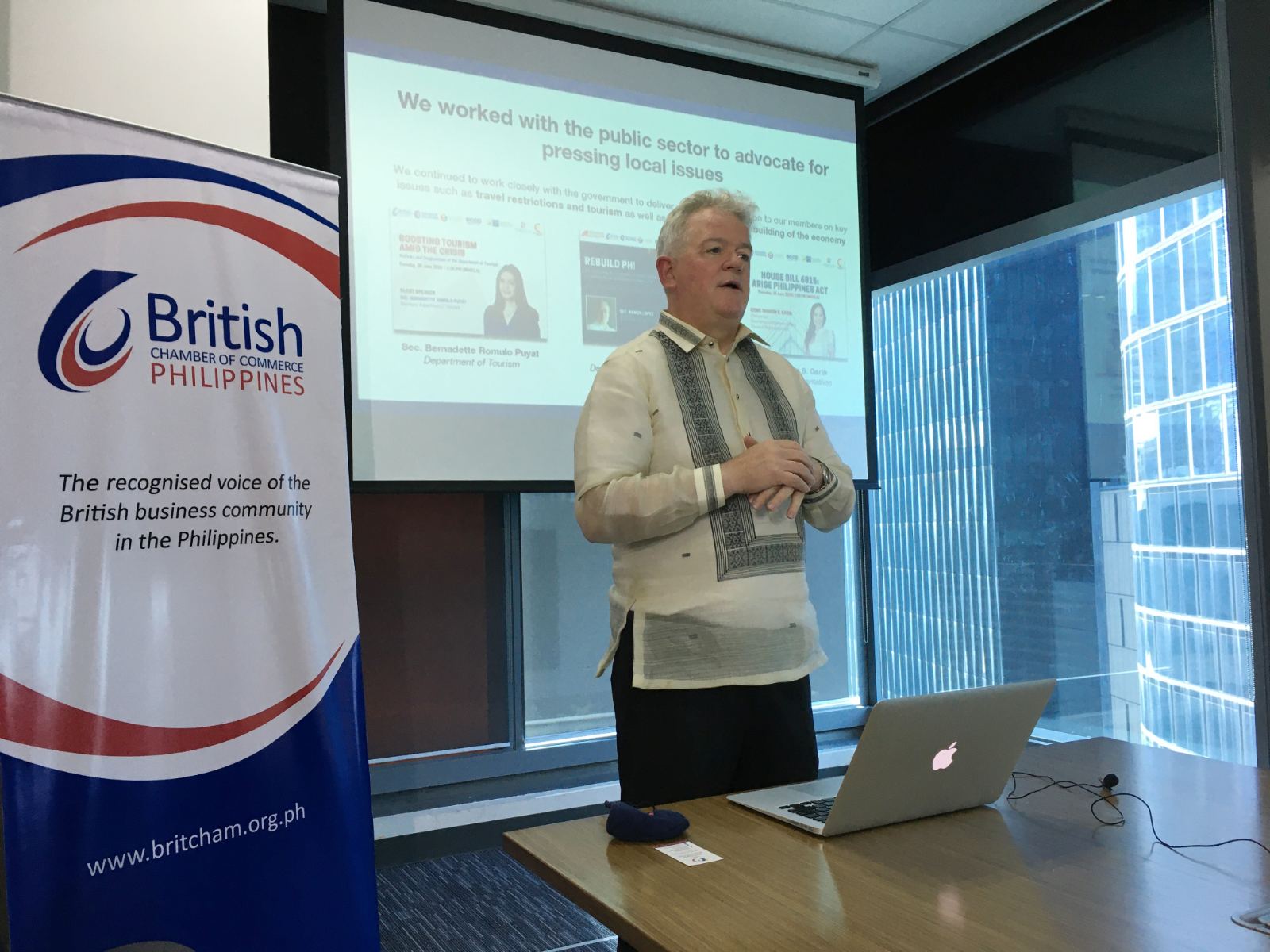 Following the new developments on the availability of vaccines for COVID-19, the British Chamber of Commerce Philippines sees an economic rebound for the Philippines.

Speaking to THEPHILBZNEWS in the yearend hybrid media briefing, Mr. Chris Nelson, the Executive Chairman of the British Chamber of Commerce Philippine said, “While there may be inevitable challenges during the first half of 2021, the availability of vaccines would pave the way to making the business more aggressive,” Mr. Nelson said.

“While others are still in the process of doing clinical trials, this development is a light at the end of the tunnel. Having the vaccine on the horizon will certainly make more businesses operate on a bigger scale, and not the currently calibrated operations. If everyone gets the vaccine, it is a big boost not just on the morale of the people but also in the economy,” the Executive Director of BritCham PH explained.

“So I see that the vaccination would happen in the first and second quarter of the year, and conservatively, the rebound would take place on the second half of the year,” Mr. Nelson added.

Aware of the importance of working with the government and other stakeholders to ensure that concerns about investment and economic development will be properly addressed as a feedback mechanism is very important, Mr. Nelson revealed that ever since, the British Chamber has been working with various cabinet secretaries, lawmakers, and other government agencies through the years.

“The chamber is proud to have been closely working with Trade Secretary Ramon Lopez. On several occasions, Secretary Lopez took part in our economic forums and briefings as well as those other events with other European Chambers of Commerce,” Mr. Nelson explained.

“We always believe that by having open communication with the government departments and agencies we can work together to help in the economic development of the country in terms of policies, sentiments of prospective investors, and a lot more,” he added.

When asked what he would request from the government, Mr.Nelso said, “We need to ease the travel restrictions, passing the amended Retail Trade Liberalization Act (RTLA) and Public Services Act,” Mr. Nelson added.

Even with the pandemic, the investors in the UK remain strong, the Executive Chairman of the British Chamber Philippines revealed.

“Currently, they are looking into the food and drink, retail, advanced machinery, and business services industries,” he added.

This is the reason why we are hoping that the amendment of the Retail Trade Liberalization Law will be prioritized as this would encourage more investors not only in the UK but also other foreign investors to invest in the retail services in the Philippines,” Mr. Nelson concluded.