People Power is not about the Aquinos, it’s about the greatness of Filipinos 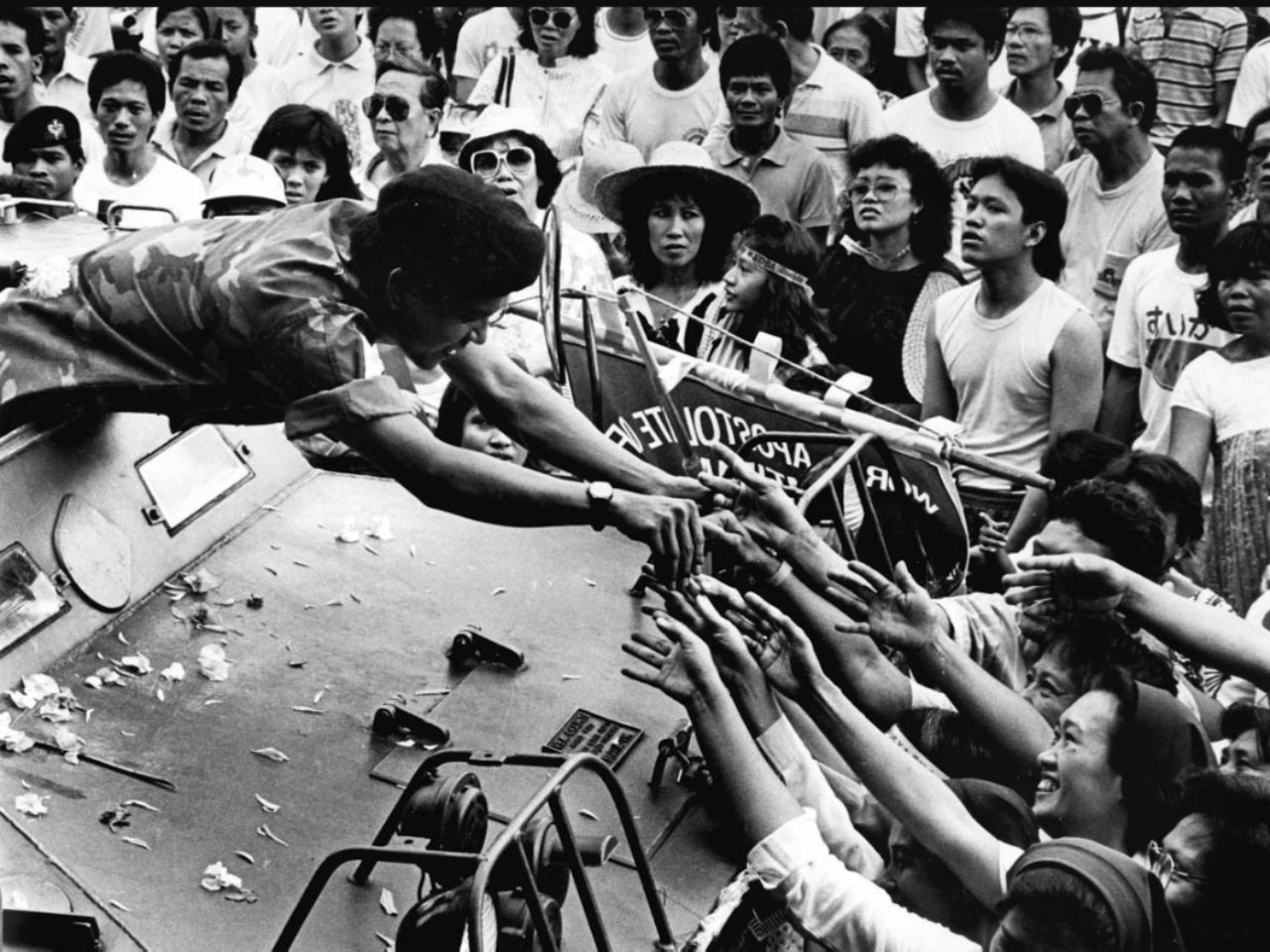 The Philippine Business and News Editor’s Note: People Power is not about the Aquinos, it’s about the greatness of Filipinos
Photo Courtesy of People Power Book

It is really hard to tell if the continuous association of the 1986 EDSA Revolution dubbed as People Power the awed the whole world and restored the respect that we lost due to corruption, abuse of power and human rights violations is accorded to the Aquinos — the late former Senator Benigno Aquino, the late President Cory Aquino and their heirs and political affiliations or allies.

Whether we like it or not, the Philippines and the Filipinos were given so much admirations because of this, while the late President Corazon Cojuangco-Aquino and those who supported the bloodless revolution benefitted from this, that was all incidental.

Needless to say and unknown to many people especially to the young generations, a lot of the political kingpins who were then associated with the Marcoses slowly metamorphosed into chameleons and then eventually sided with the Aquino. Even the late mother of the President Rodrigo Duterte, Soledad Roa Duterte or fondly called as Nanay Soling by the people of Davao is a known leader of the Yellow Friday Movement that was against the Marcos administration as early as 1970s till the time the former dictator was toppled and the rest is history.

Take the case of the Johnny-come-lately Senatorial candidate of Hugpong ng Pagbabago Rafael Alunan III. The guy served in the cabinets of the late President Corazon Aquino and President Fidel Ramos, as Secretary of the Interior and Local Government and Secretary of Tourism, respectively. As inevitable, he moved into private sector after his stints in the government where of course was able to widen his network.

This is the sad reality of the Philippine politics, there are no permanent friends or foes, only permanent personal interest!

But for how long will we have this kind 0f vicious cycle? For how long we will also realize and mature that the People Power is not about the Aquinos, PDP-Laban, UNIDO, LP and other political spectra that joined in the 1986 including the different military services that ultimately forced the Marcoses to flee and went to hiatus until such a time when the Filipino chronic malady of amnesia attacks again and forget what happened on or before that fateful day of the 1986 EDSA Revolution.

So many benefitted from it, Honasan, Enrile, Ramos, Villar, Arroyo and you can name it and it would almost be infinite.

But there’s one thing we have already forgotten that the People Power brought the best in us Filipinos, that we do not like violence, the we are prayerful and still have faith in the goodness of humanity and God’s divine intervention.

Sadly, for political spin doctors and rumor mongers, the People Power is all about the Aquinos, nothing more, nothing less. But that is a myopic view of the foregoing fact. The People Power or 1986 EDSA Revolution is about the greatness of the Filipinos and of our country, the Philippines.

Indeed, the Holy Scripture is right when it says, “Do you still not see or understand? Do you have such hard hearts? Having eyes, do you not see? And having ears, do you not hear?’ And do you not remember?”