My ‘Divine Comedy’ unveils another Dante 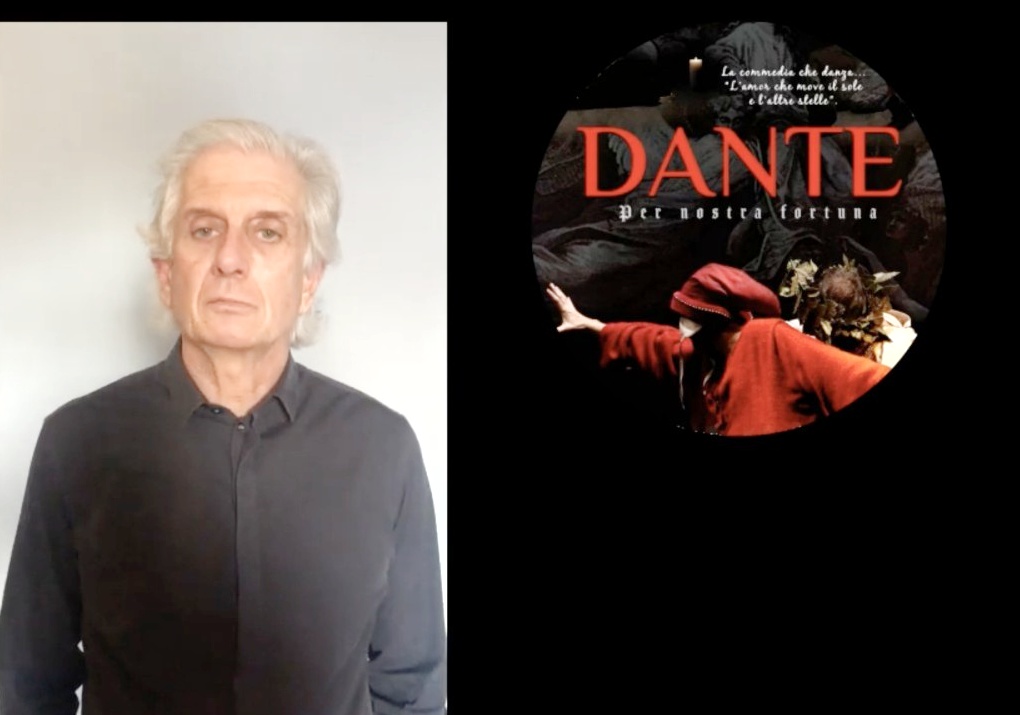 The film DANTE OUR LUCK, short-film of 27 minutes directed by Massimiliano Finazzer Flory will be released on March 25, in Italy and abroad. The film is subtitled in English, French, Spanish and Russian. The Premiere will be in Ravenna, on March 25, in the Sala Dantesca. The short film tells through the dance and theater the most meaningful and symbolic Cantos of the Alighieri’s masterpiece, from the point of view of a young Dante, at the time of his first readings. The choreographies are by Michela Lucenti, with ten dancers with costumes of that time that interpret Dante’s verses. A voice-over reads the cantos. The digital settings are based over the classic, historical illustrations by Gustave Doré. The music that scores the film is composed at the piano and philologically inspired by the Divine Comedy. The film is founded by the IGT (International Game Technology and Lottomatica S.p.A.)

Finazzer, who is your Dante Alighieri? The supreme poet or there is more?

“ there is the Father of the Country that we need “per lo natural amore de la propria loquela” (for our innate love of our language) . If we don’t want to die all serves. This being said, there are two Dante: the author and the character that accompanies the companions, to whom we should be an Oscar award for best non protagonist actor, Virgil. But on the side of Dante there is a third figure, that of a 9 years old boy who dreams to become Dante.”

“Dante our luck”: why this title? And why bringing the Divine Comedy to a movie-house?

“Because the Italian cultural industry has never been more subordinated than today to politics. Our luck is that the status of Italy is the one that of History, which is stronger and resists to the State”

Which is the most meaningful of Dante’s words, for you?

“I should say vision but in reality is Eyes. It’s impressive to think that Dante had eyes problems to the point that I started to think that his visions were fruits of a gaze that endlessly transformed the images. It was very stimulating the play with the fire (fuoco) and the focus (fuoco) of the camera.

If, as an actor, you had to chose a tercet by Dante?

Among the artistic disciplines you chose contemporary dance: why?

“Because the Comedy stages one only body. Yet, we are accompanied and influenced by flesh yelling, praying, loving. There is another reason. When you lack words, because with Dante everything had been so well written, you can nothing but your body for expressing yourself.”

The film was shot in a theater in Sarzana…

“on October 6, 1306, Dante was really there. The theater where we shot the film has a fantastic name “of the fearless”. It seems to me a strong image. Theater is still that art that makes us travel from Hell to Paradise, knowing that the rehearsals are the Purgatory.”