Live exchanges of e-Certificates of Origin via ASEAN Single Window reach over 8,700 transactions per month 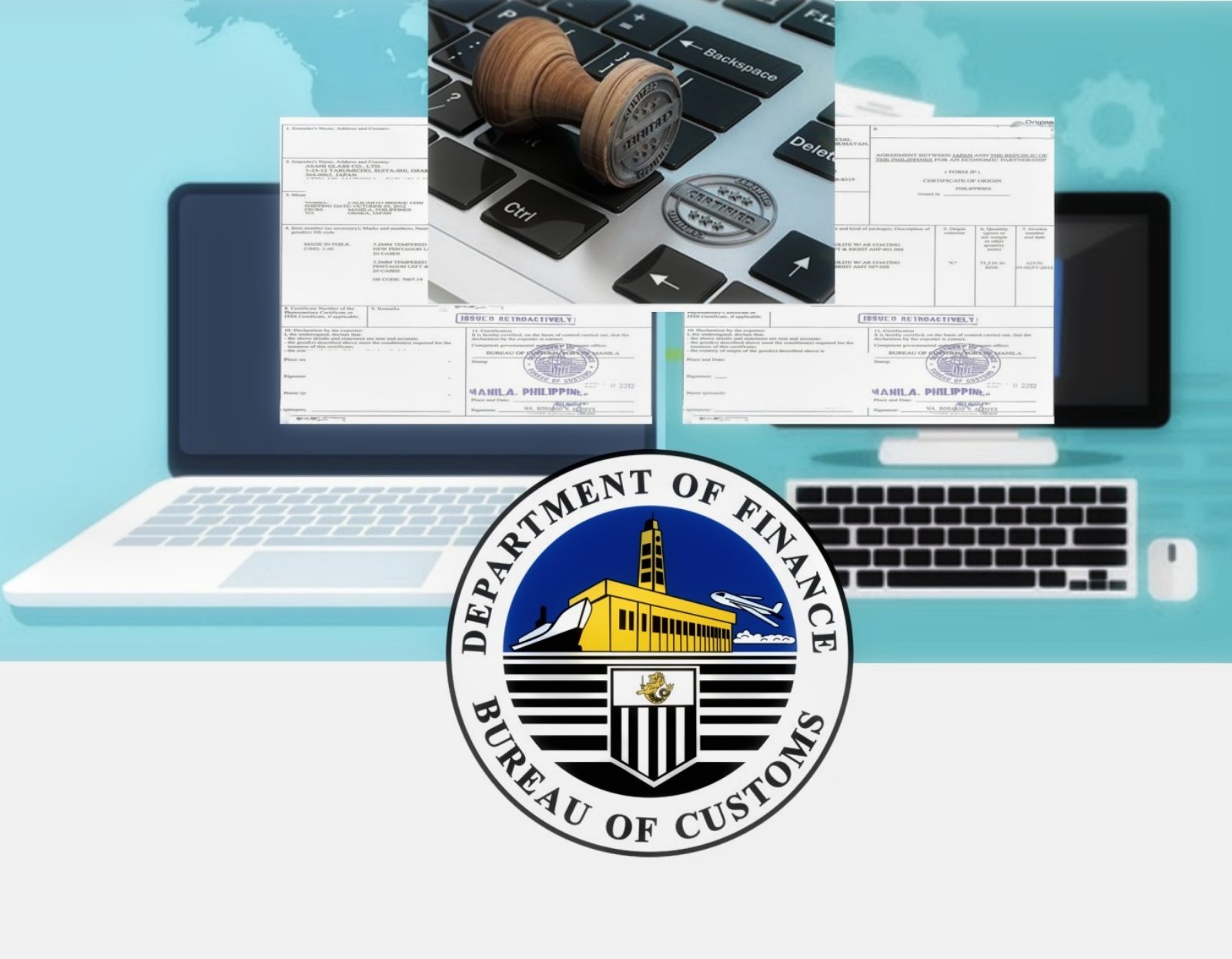 Taking advantage of the ASEAN-Wide Self-Certification Scheme (AWSC) that started last September 20 that simplifies and streamlines the origin certification procedure to claim and be granted lower duties or, in most cases, duty-free treatment when using the ASEAN Trade in Goods Agreement (ATIGA), the Department of Finance conducted live exchanges of the electronic certificates of origin (e-COs) among the Philippines and the nine other members of the Association of Southeast Asian Nations (ASEAN) via a regional initiative designed to facilitate trade through the online exchange of customs and other border documents.

With an averaged of around 8,712 transactions per month since January this year, the Department of Finance (DOF) reported that from January to August this year, about 78,000 transactions were processed through the Philippines’ National Single Window (NSW) or TradeNet, which aims to simplify applications for import and export documents by allowing their processing online.

Beltran informed Finance Secretary Carlos Dominguez III during a recent DOF Executive Committee meeting that the Anti-Red Tape Authority (ARTA) will be included in the NSW Steering Committee to fast-track the streamlining of the various regulatory agencies involved in TradeNet.

“Year-to-date, there are about 78,000 transactions that we have through the National Single Window,” said Finance Undersecretary Gil Beltran, the DOF’s anti-red tape czar.

“Aside from the Philippines, the rest of the ASEAN member-states have also gone live and started exchanging e-COs on the ASW. These are Indonesia, Malaysia, Thailand, Singapore, Brunei, Cambodia, Myanmar, Laos and Vietnam”, Beltran added.

Customs Memorandum Order (CMO) 15-2019 on the Operationalization of the Issuance of e-COs was signed and issued by Customs Commissioner Rey Leonardo Guerrero on March 18 last year.

TradeNet.gov.ph, which will perform the functions of the government’s National Single Window (NSW), has been interconnected to the ASW, which is a regional initiative that aims to speed up cargo clearances and promote economic integration by enabling the electronic exchange of border documents among the 10 ASEAN member-states.

Once TradeNet is fully operational, Beltran said that traders may apply online for import and export permits for commodities such as rice, sugar, used motor vehicles, chemicals (toluene), frozen meat, medicines (for humans, animals, or fish) and cured tobacco.