Korea, US Partner to ramp up developments in PH 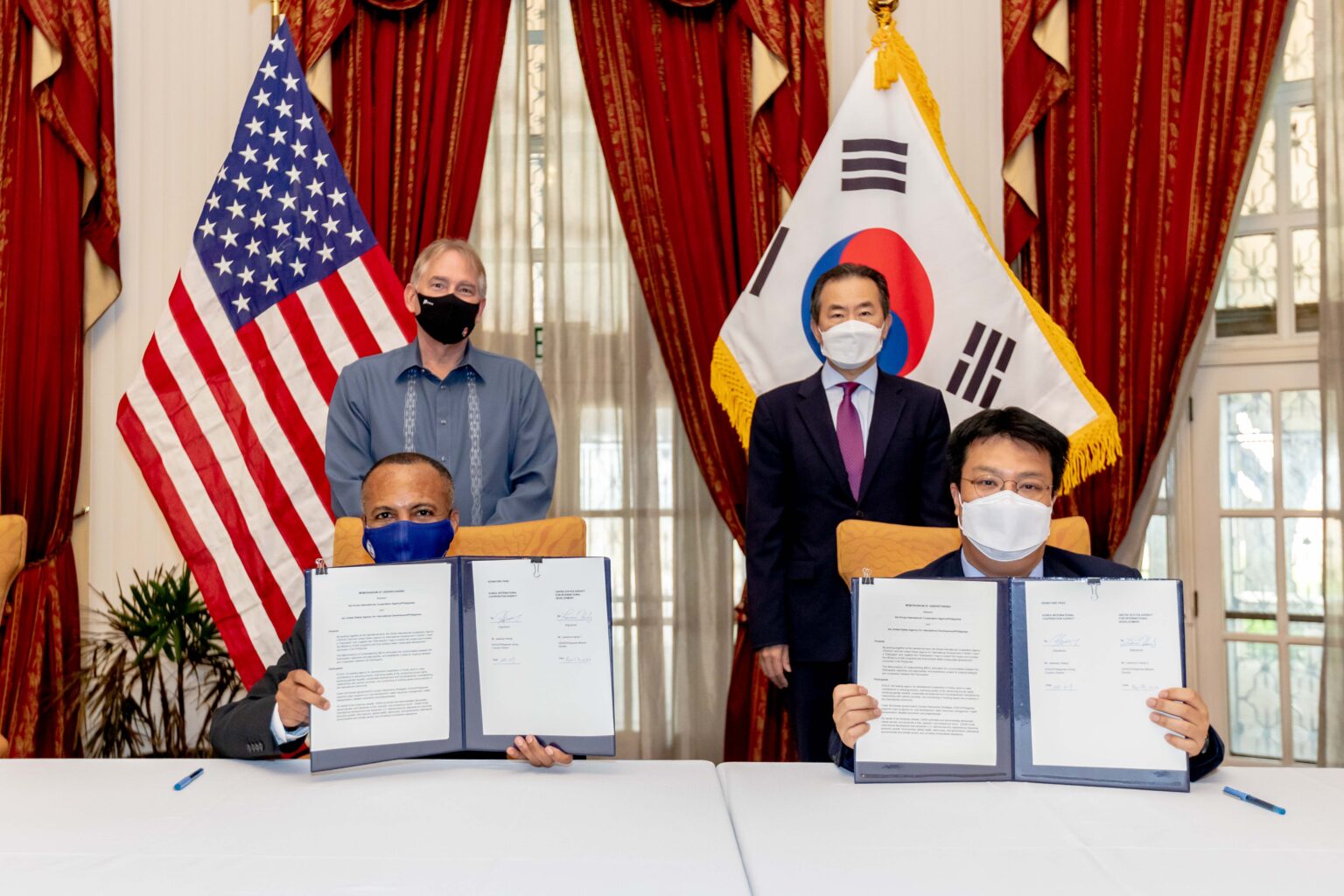 The leading development agencies of the Republic of Korea and the United States of America on Wednesday, April 7, signed a Memorandum of Understanding (MOU) to advance development cooperation in the Philippines.

The MOU aims to strengthen Korea-U.S. partnership to foster sustainable development.  It builds upon a global MOU for development cooperation signed by the Korean Ministry of Foreign Affairs and USAID in Washington, DC in 2019.

“The United States is proud to partner with the Korean government on projects to promote mutual development goals in the Philippines.  Together, we are supporting the Philippine government in creating a more prosperous, sustainable society for all Filipinos,” said Chargé d’Affaires Law.

Through USAID, the United States has a robust foreign assistance portfolio and has provided more than $5.1 billion (Php247.5 billion) in support to the Philippines since 1961.

KOICA and USAID’s development assistance programs span an array of sectors, including poverty reduction in rural areas, empowerment of women and girls, water resource management, community rehabilitation in Marawi, and climate resilience.  Under the MOU, KOICA and USAID will explore additional areas of cooperation in these and other sectors in the Philippines.