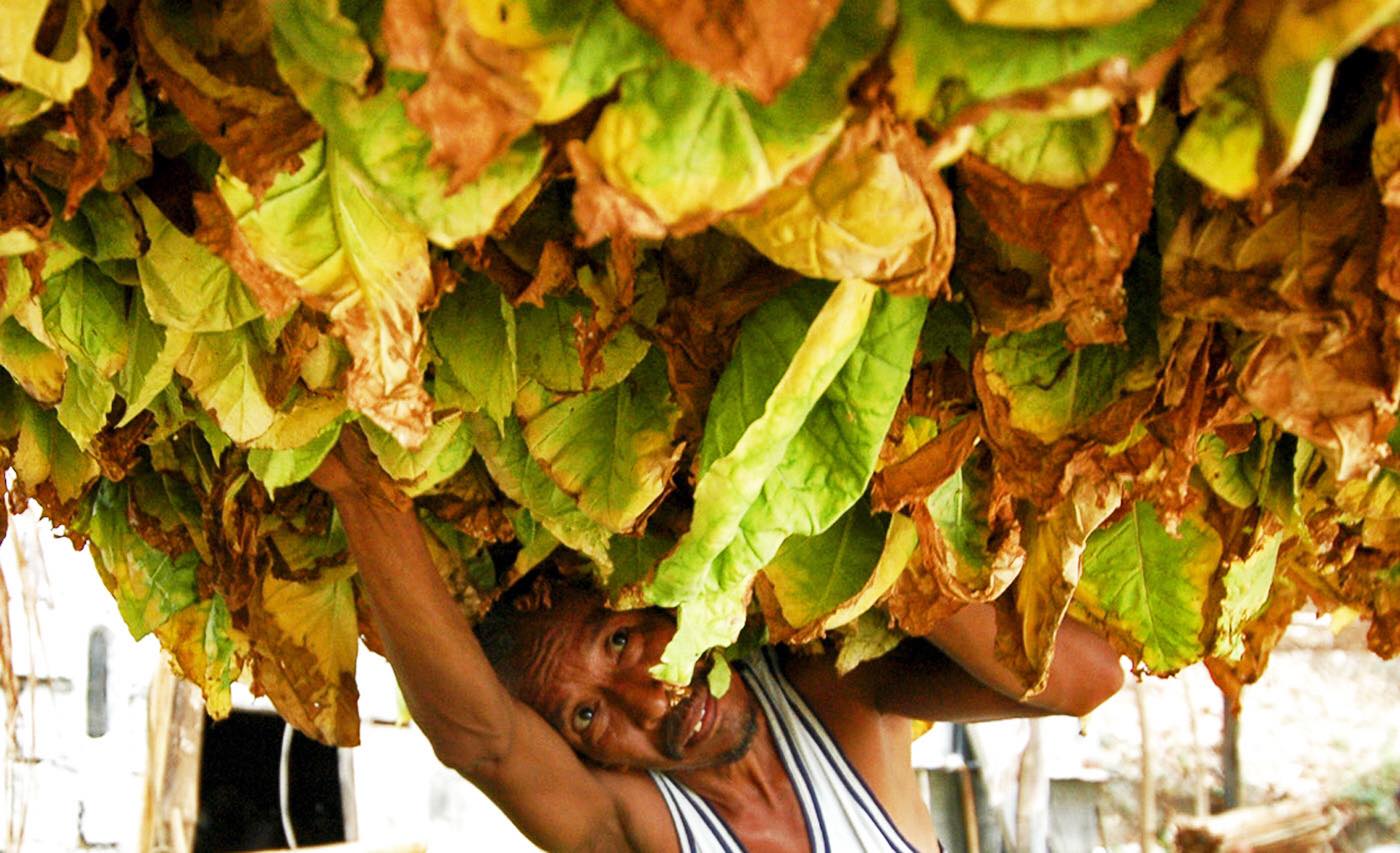 In photo: A tobacco farmer in Ilocos region during the harvesting tobacco leaves
(Photo file/THEPHILBIZNEWS)

Japan Tobacco International (JTI) Philippines Inc. has increased its production and paid taxes of P10.94 billion more than double the amount it paid in January.

In a report to Finance Secretary Carlos Dominguez III, BIR Deputy Commissioner Arnel Guballa said that preliminary data showed that from Feb. 1 to 18, the bureau already collected P721.24 million more than its tobacco excise tax target of P16.85 billion for the month.

“Noticeably, we have a big increase in the collection of tobacco excises because JTI opened its plant in Lima, Batangas. So it’s in full operation, that’s why they increased their production. That’s also why we have quite a collection in tobacco for this month, sir,” said Guballa in his report during a recent Department of Finance (DOF) executive committee (Execom) meeting.

It is P12.33 billion or 73.53 percent more than the P16.77 billion collected for the January-February period of the previous year.

Guballa said that as of Feb. 18, JTI Philippines overtook Philip Morris Fortune Tobacco Co. (PMFTC) as the top tobacco excise taxpayer, with JTI’s remittance of P10.94 billion accounting for 62 percent of the total collection of  P17.57 billion for the Feb. 1-18 period.

In 2017, the DOF made history by collecting from cigarette manufacturer Mighty Corp. a tax settlement totalling P30 billion–the biggest sum on record raised by the government from a tax settlement–resulting from the Dominguez-ordered heightened joint campaign by the BIR and the Bureau of Customs (BOC) against tax cheats.

Forced to shut down its operations, Mighty sold its manufacturing and distribution assets to JTI Philippines. Tax collections from Mighty brands increased by an average of P2.5 billion a month since JTI took over Mighty’s operations.

Dominguez earlier expressed confidence that the BIR would be able to overshoot its P2.08-trillion collection target this year as it faces the “great task” of raising as much revenues as possible to help fund the comprehensive government effort to defeat the COVID-19 pandemic and support the nation’s sustainable economic recovery.

He said that the digitalization initiatives put in place by the BIR under the leadership of Commissioner Caesar Dulay, along with the bureau’s improved administrative systems, dedicated workforce and the cooperation of taxpayers, will enable the agency to achieve its 2021 collection goal.