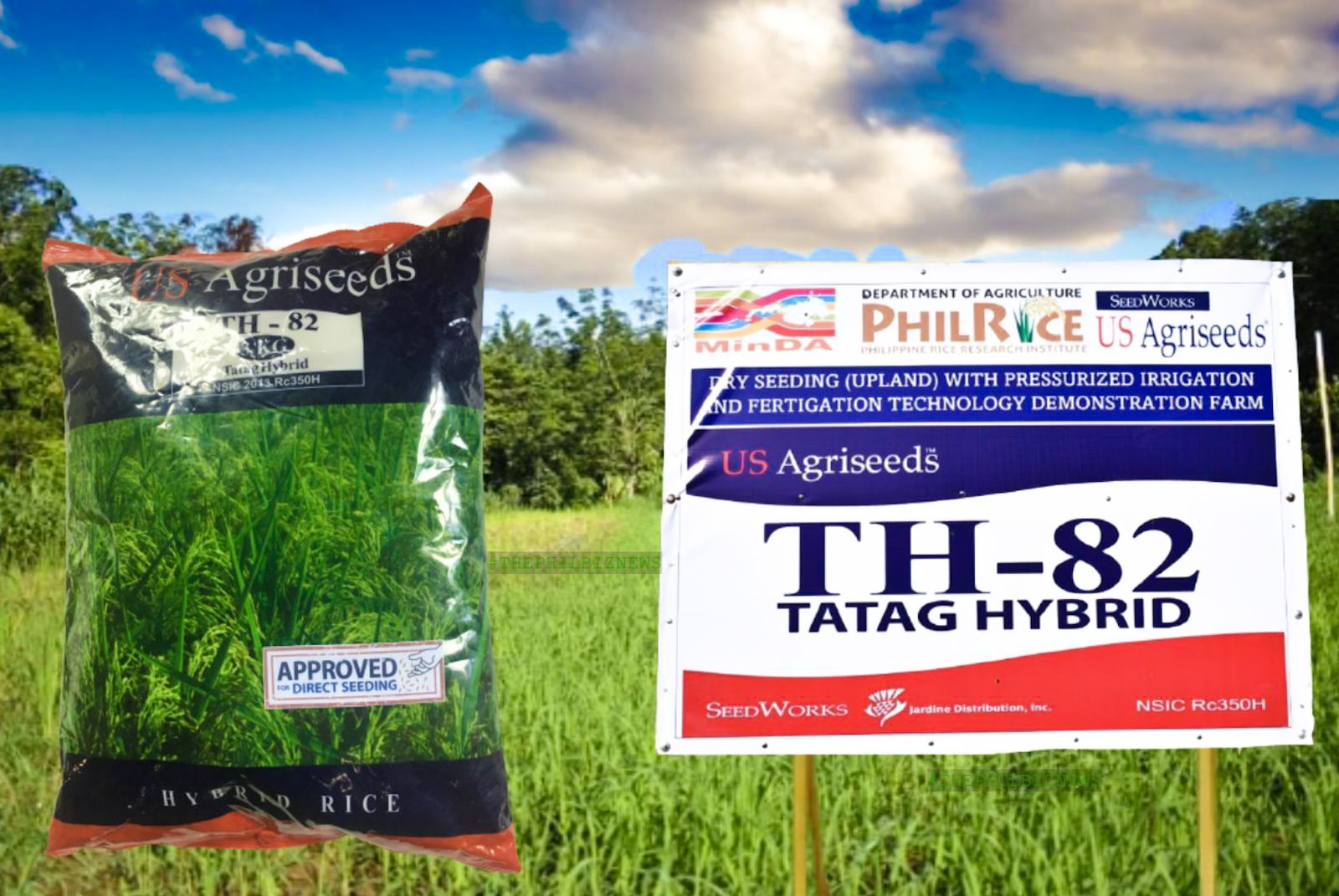 The Mindanao Development Authority (MinDA) has teamed up with SeedWorks Philippines to demonstrate how the latter’s TH-82 hybrid rice variety could produce higher yields in upland farms using an Israeli farming technology.

The government agency, which is tasked to lead socio-economic progress in the region, will test the use of pressurized irrigation and fertigation in cultivating the second crops for upland farmers. This marks the first time for the farming technique to be used in local upland farming.

TH-82 hybrid rice variety will be cultivated alongside indigenous upland rice varieties for the demo farming endeavor. Each farm will be equipped with a pressurized irrigation and fertigation facility, which is characterized for utilizing significantly little water compared to the traditional irrigation systems and for applying minimal fertilizer in a scientifically and programmed schedule.

Planting will start from the end of July to early August—a period when harvesting of upland rice is usually already completed. The demo farm project aims to prove that the productivity of upland rice farms could be maximized by planting a second crop in the period when such fields are usually idly waiting for the next traditional planting season, which is from February to March (yielding harvest from June to July).

SeedWorks Philippines’ TH-82 is best known for its hybrid seed vigor, robust root system, and high yield. The hybrid rice produced impressive yields in demo farming initiatives conducted in Region 12 in 2019. It has been proven to be an ideal variety for direct-seeding and dry-seeding techniques in wet and dry field conditions.

“SeedWorks has always been supportive of efforts aimed at ultimately helping Filipino farmers achieve greater yields despite the adverse soil and weather conditions,” said SeedWorks Philippines Vice-President Remus Morandante. “Our hybrid rice varieties have constantly been proven to help our farmers enjoy greater harvests for the best quality of rice that consumers love the most.”

“With just a measly budget of ₱500,000 taken from very limited funds, MinDA will work with local government units, the Philippines Rice Research Institute, and SeedWorks Philippines, which is supporting this project by donating seeds of its TH-82 hybrid rice variety and sponsoring the installation of one pressurized irrigation and fertigation unit in one demo farm,” said MinDA chairman Emmanuel Piñol.

Sec. Piñol also disclosed that he started a small demo area on his own farm in Kidapawan City after participating in the International Webinar on Pressurized Irrigation and Fertigation in Tropical Regions, a session conducted by Israel-based Mashav (an agency focusing on international development cooperation).