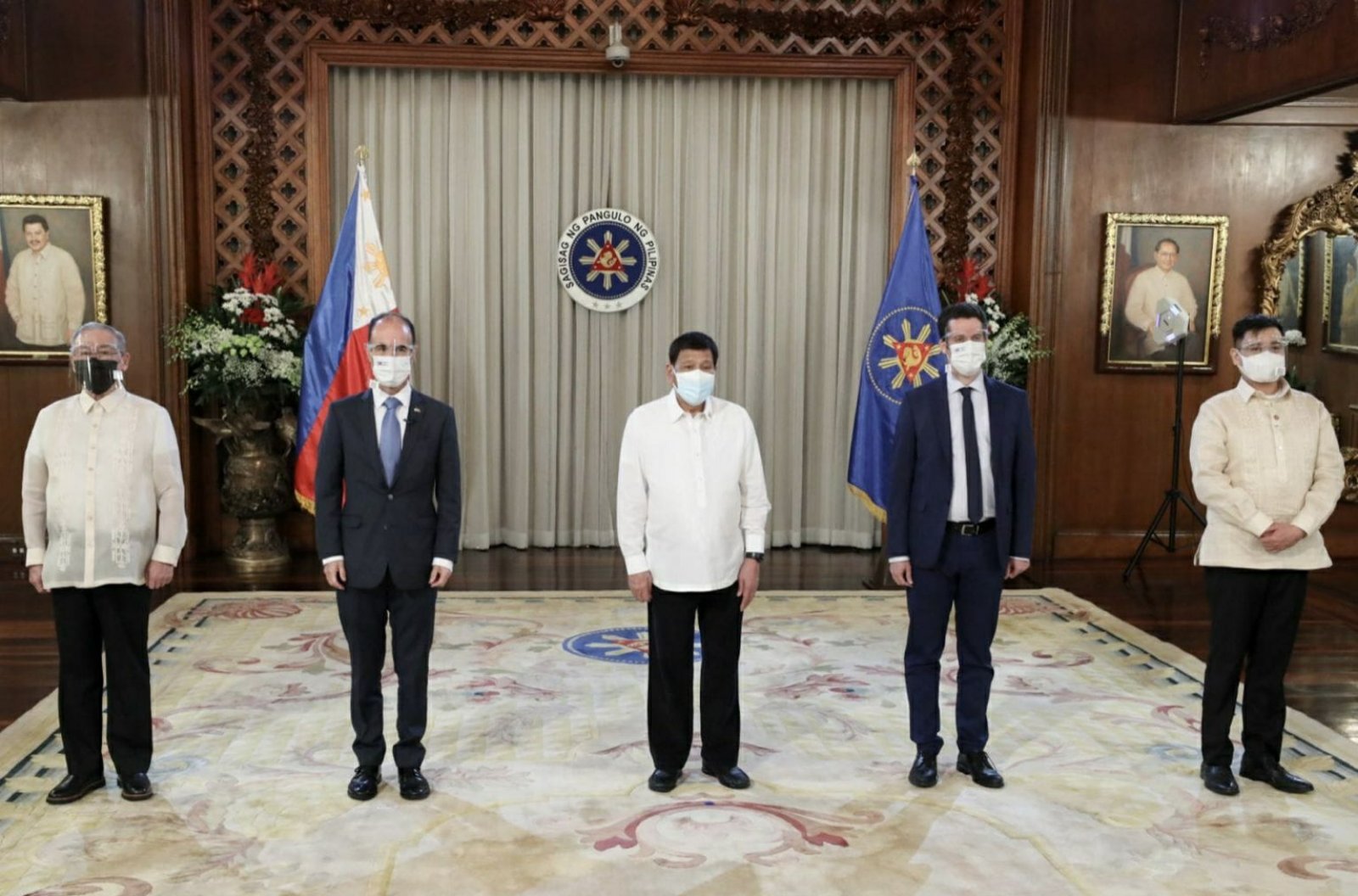 Ambassador-designate Ilan Fluss finally presented to President Rodrigo Roa Duterte his credentials as Ambassador Extraordinary and Plenipotentiary of Israel to the Republic of the Philippines at Malacañang Palace on 20 October 2021.

Ambassador Fluss formerly served as Deputy Chief of Mission at the Israeli Embassy in Manila from 1995 to 1998.

Ambassador Fluss noted the very warm and friendly relations between Israel and the Philippines, which was strengthened further by the historic visit of President Duterte to Israel in 2018. Since then, significant developments have been achieved in the fields of economy, agriculture, tourism, among others.

“Mr. President, innovation and technologies are not the future – they are the present – and the development of more cooperation in this field is one of my main goals for the years ahead. The goal of our partnership is to create sustainable development, improve lives, create jobs, generate income, and enable the transfer of relevant know-how and technologies,” Ambassador Fluss said during his speech.

Ambassador Fluss hopes to make substantial contributions to the furthering of the countries’ friendship and partnership, and to the continued work towards the prosperity of Israel and the Philippines.

Ambassador Fluss was born in December 1965 in Haifa, Israel. He served in the Israeli navy for five years. He graduated from the University of Haifa with a degree in psychology and Israel studies, and an MBA from the University of Derby. He joined the foreign service in 1994 where, since then, he represented Israel in a variety of capacities.