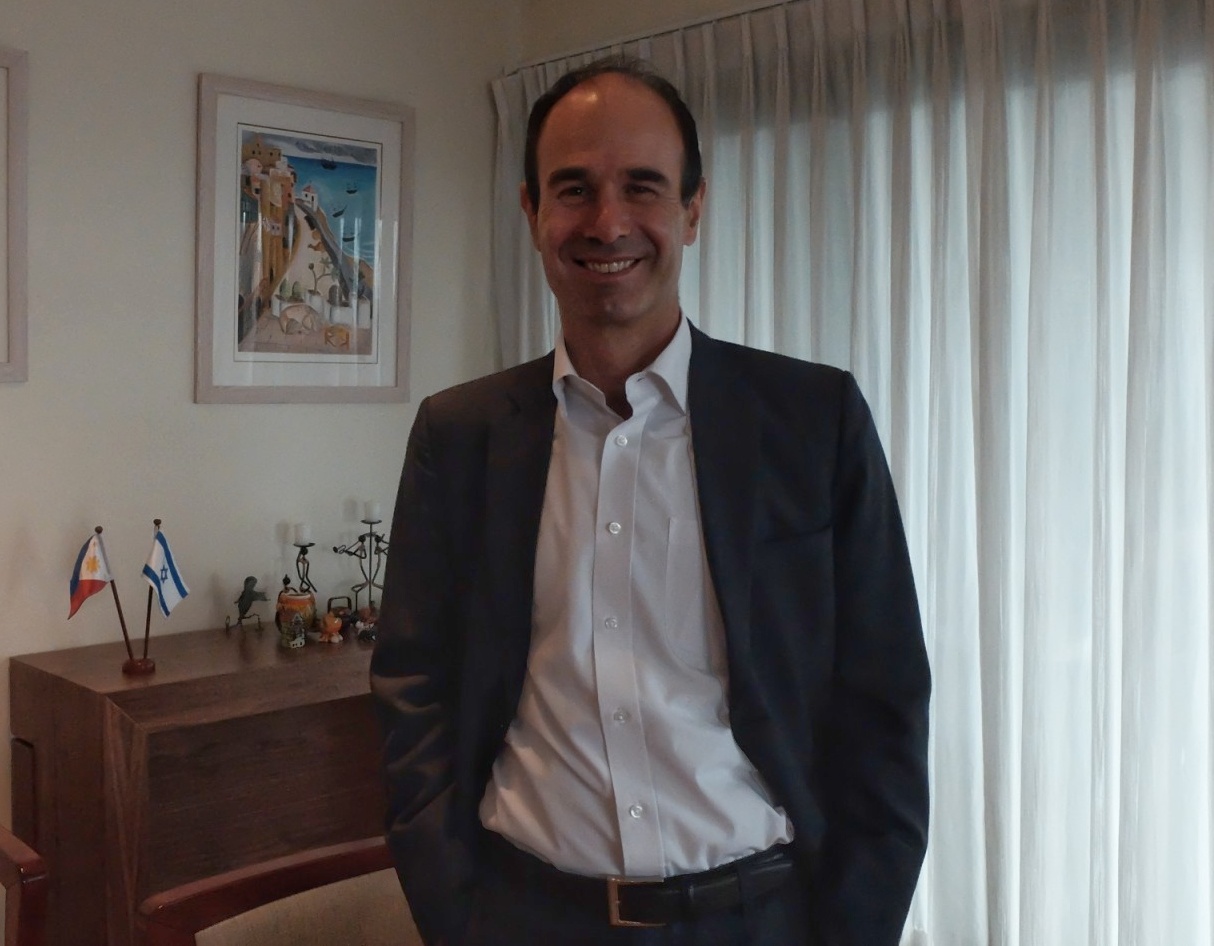 In photo: Israeli Ambassador to the Philippines His Excellency Ilan Fluss taken at his residence

By Monsi A. Serrano
Photo by Manuel N. Roma, Jr.

Fluss sat down for an interview with THEPHILBIZNEWS recently and began to reminisce about his stint as Deputy Chief of Mission in the Philippines from 1995-1998.

His reassignment to the country, now as ambassador, is a sentimental journey of sorts so it is foremost among his plans to “support the Philippines and the Filipino people through trade, technology and innovation.”

What has impressed him the most is how the Philippines has developed since he last set foot in the country 23 years ago and gave credit to Filipinos for the transformation.

Now that the world is trying to move out of the pandemic, the ambassador looks forward to closer Israeli-Philippine relations as economies learn to live with COVID-19.

“We would like to partner with the development process in the Philippines. We are coming out of the crisis… we have to recover. The economic and social recovery is difficult. What we would like to see here is partnership,” Fluss told THEPHILBIZNEWS.

He stressed how Israel and the Philippines have maintained strong bilateral ties, dating back to the dark days of the holocaust when Manila opened its doors to the Jews in the time then President Manuel L. Quezon.

Because of these ties, closer cooperation between both peoples is easy, particularly in enhancing business collaborations in the private sector.

“I would also like to partner with the private sectors and create a linkage between private sectors in Israel and in the Philippines,” Fluss said, starting with technology and innovation banking.

“There are many opportunities for the Philippines. Israel is known as the hub of innovation and technology globally,” he said.

The ambassador said Israel is willing to collaborate and share these innovations and advancements in technology with the Philippines to support its economic recovery.

“All multinational companies get help from Israel including in the aspect of research and development centers or scouting activities and all partnerships with Israel are focusing on technology and new solution through innovation. I believe we can use this partnership (in the Philippines). When we bring new technologies basically you create development that makes things easier and faster,” he explained.

Fluss said Israel can share experience on the system that will enable innovation in the Philippines.

“I want to set a private sector get-together and create partnerships and work together in bringing new innovations that are relevant in the situation in the Philippines such as in the agricultural sector, (and) water sector,” he said.

On the climate change front, Fluss said Israel has a very good program to support environmentally sound and sustainable development which it can share with the Philippines.

“There are 1,200 startups dealing with climate change and the government in Israel is supporting them,” he said.