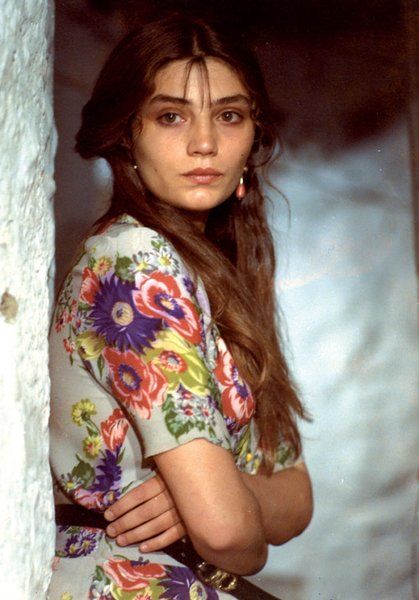 This February, Instituto Cervantes de Manila will treat Filipino film buffs to the film series “Ángela Molina”, an online tribute to one of the main contemporary Spanish actresses. This film cycle will be shown through the Instituto Cervantes channel on the Vimeo platform (vimeo.com/institutocervantes) and freely accessible for 48 hours from their start date and time.

Ángela Molina is one of the most outstanding actresses in Spanish cinematography. She started her career in the middle of Spain’s transition to Democracy and has kept working until today. Her career has been marked by her participation in numerous international films, of which her collaboration with Buñuel was arguably the peak. On the occasion of such a brilliant career, the Academy of Motion Picture Arts and Sciences will award her the Goya Award of honor at the 2021 edition of these Awards.

The film series, composed of three films that marked Angela Molina’s career, will kick off on 13 February, Saturday, with the screening of La sabina (available for 48 hours until Monday, February 15 at 3 AM). The movie, a Spanish co-production with Sweden, was directed by José Luis Borau in 1979. It is about an English writer who moves to a Spanish town with the aim of changing his life. There he decides to investigate the life of a wandering man who lived in the 19th century, since it is said that he was killed by a dragon woman, known as “La Sabina”.

The film series will continue on 20 February, with the drama La mitad del cielo (1986), directed by Manuel Gutiérrez Aragón –a fundamental director in Ángela Molina’s career, who will star in several of the films he made during the Transition years, such as “Camada negra” (1977), “El corazón del bosque” (1979) and “Demonios en el jardín” (1982). La mitad del cielo is about Rosa, a woman who travels to Madrid after the Civil War to open a restaurant that transforms to a political and intellectual center of the capital. The movie bagged the Golden Shell at the San Sebastián Film Festival and Ángela Molina received the Silver Shell award for best actress.

Finally, the musical Las cosas del querer (Jaime Chávarri, 1989) will conclude the film cycle on February 27, which will be available for 48 hours until Monday, February 29 at 3 AM. When the Spanish civil war ends, Mario, a homosexual singer, a pianist and his girlfriend Pepita come together to form a group, which will become famous throughout the entire Spain. The trio’s brilliant career will take them back to Madrid, where their worst moments will come; the aristocracy of the capital, bored and in search of strong emotions, does not forgive and throws itself against Mario for his homosexual condition, while Pepita’s mother conspires to separate her from her pianist boyfriend… Aside from letting us listen to Spanish folk music from the 1930s and 1940s, the film depicts the historical setting and makes a poignant criticism to the moral and sexual subversion of this post-Civil War period.

The films, presented by Instituto Cervantes in collaboration with the Embassy of Spain in the Philippines, will be in Spanish with English subtitles. Admission is free.  For further information and updates on this film series, please check out Instituto Cervantes’ Facebook site (www.facebook.com/InstitutoCervantesManila) or the event page: https://www.facebook.com/events/161791552193592