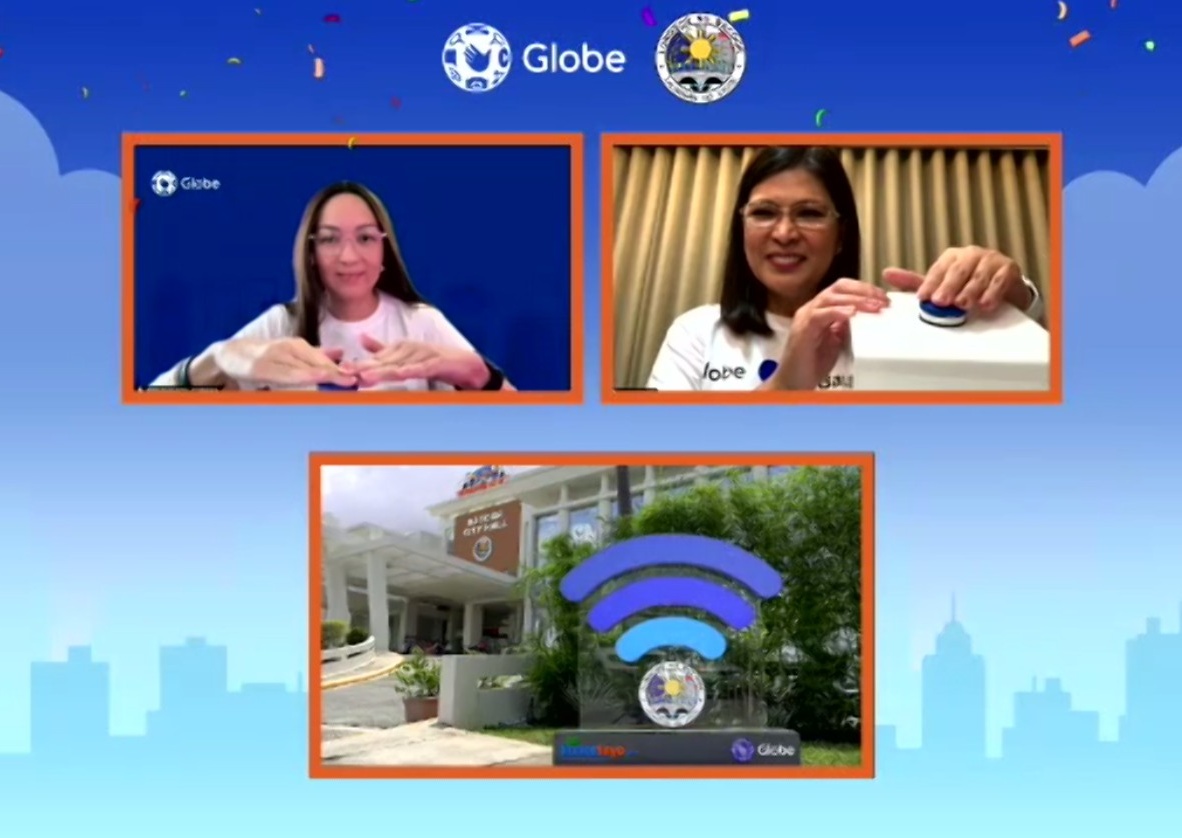 Globe extends its reliable, efficient digital services to the city of Bacoor through GoWiFi, KonekTayo WiFi, and Globe Labs’ SMS API services, as the city is challenged by the rise of COVID-19 cases and hospitals at the brink of full capacity.

This initiative is part of Globe’s continuous commitment to provide Filipinos with accessible means of connectivity and communication to continue working, learning, earning, and living, especially during this time when these services are of utmost importance.

Globe has deployed its GoWiFi service to Bacoor City Hall for a safe, secure and reliable connection that can help local government personnel stay informed and connected while conducting day-to-day operations. Globe also supports families and communities in Ciudad de Strike with affordable home internet through its KonekTayo WiFi offering.

Ramping up the city government’s COVID-19 vaccination efforts, Globe Labs’ SMS API allows the automated sending of targeted vaccination alerts to the constituents. The SMS API can be easily integrated into a website or an app to send branded messages in bulk and engage with intended audiences from all networks.

“This partnership with the City Government of Bacoor is in line with Globe’s commitment to spearhead the country’s digital transformation and enable a more resilient future. We have continuously moved forward with our efforts despite the global health crisis, enabling many communities, businesses and individuals to cope with the effects of the pandemic,” said Issa Guevarra-Cabreira, Globe Chief Commercial Officer.

GoWiFi is Globe’s public free WiFi service that is accessible in over 3,100 locations nationwide such as hospitals, malls, coffee shops, restaurants, convenience stores, transportation hubs, and more.  It is available to all users regardless of their network provider.

A fast and secure community WiFi, KonekTayo WiFi aims to provide households with low-cost internet. Community residents can use KonekTayo WiFi on their wireless devices like mobile phones, tablets, or laptops to access the internet with speeds of up to 20 Mbps at any KonekTayo WiFi hotspot.

Globe’s SMS API is part of a suite of telco-based APIs offered by Globe Labs, the innovations development arm of Globe, to governments and businesses to make their platforms run smoothly and more efficiently.

Ensuring the proper education of youth, parents, and netizens as a whole on digital citizenship and responsible use of technology, Globe proactively rolls out its Digital Thumbprint Program (DTP) to communities across the nation. This series of workshops keeps communities provided with access to the internet informed on how to act responsibly when online and to protect themselves and their loved ones from numerous risks and threats present on the internet.

Globe supports the United Nations Sustainable Development Goals, in particular, UN SDG No. 9, which shows the importance of infrastructure and innovation as significant drivers of economic growth and development. Globe has pledged to advocate the 10 United Nations Global Compact principles and 10 UN SDGs.