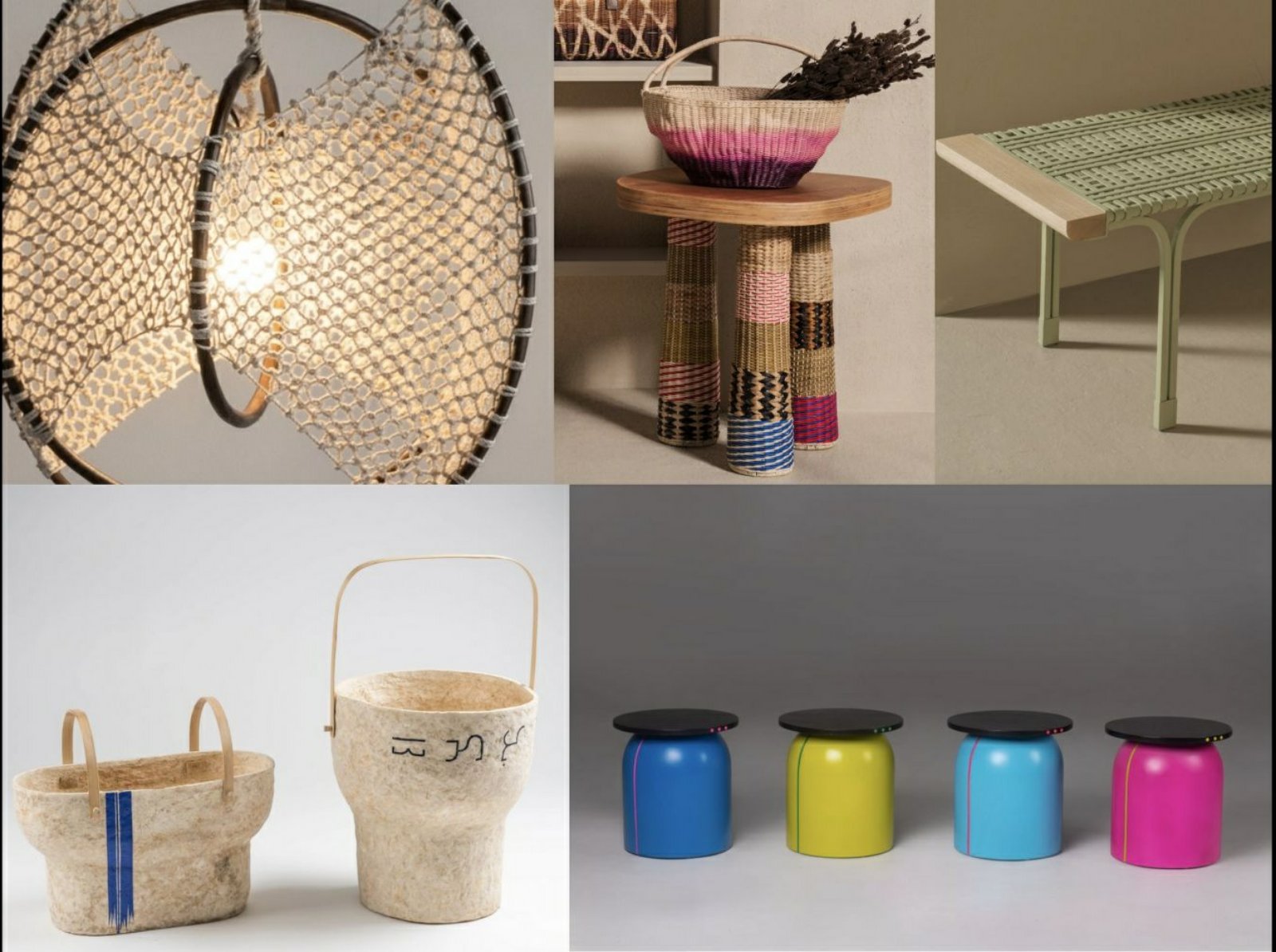 The Cheque bench, a creation of FAME+ exhibitor Zarate, joins a mélange of pieces available on Maison & Objet and More (MOM) that were selected as favorites by Andrea Marcante and Adelaïde Testa, founders of top Italian design studio Marcante-Testa.

In the hands of designer Jim Zarate-Torres and the artisans he works with, metal diverges from its top-of-mind form of unfeeling grey, instead transforming into light, delicate, and, in the case of the Cheque bench, orange and mint powder-coated steel.

Cited recently by T: The New York Times Style Magazine as one of Italy’s most innovative architecture firms, Marcante-Testa has done consultancies with such brands as Ceramica Vogue and LondonArt, as well as collaborations with the public sector to introduce interior design in neglected spaces.

Award-winning creative director Patti Carpenter shortlisted the 3- and 5-legged tables by Zacarias1925, in collaboration with designer Migs Rosales. The whimsical takes on surfaces feature multi-color weaves handwoven by master artisans, encapsulating the brand’s contemporary thrust and interest in the alteration of an object’s form and function.

Meanwhile, Nina Tulstrup and Jack Mama cited the paper clay vase by Indigenous, as one of their three design and decorative-product picks from the vast MOM platform. The paper clay vase is part of a vessel collection that used abaca and cogon grass with natural starch, resulting in material that’s both solid and lightweight.

Tulstrup and Mama founded Studiomama, a multidisciplinary design studio based in East London, whose wide-ranging portfolio includes projects with BMW, Bloomingdales, and the Danish Embassy.

More pieces by Philippine designers housed on FAME+, the digital trade and community platform launched by the Center for International Trade Expositions and Missions (CITEM) for the country’s home, fashion, and lifestyle sector, have also been featured in other curations by MOM.

The Sol Side Table by Stonesets International was among those selected under “The collector’s mindset,” featuring pieces which assert individuality while also fitting perfectly into any greater whole. Referencing proponents of modern unadorned arches, from Sol le Witt’s wall drawings to the Arches Boulogne structure in France, the Sol Side Table belongs to a collection that offers sleek and unembellished pieces, each with a contrasting color to slice through the austere form.

Compelling stories behind every carefully crafted object make up the canon of Philippine design excellence, as evidenced by the selection of Hacienda Crafts’ Layag Hanging Lamp under “Creating stories.” This particular piece tells the story of the fishing villages of Manapla, whose residents learn how to weave fishnets at a young age, in turn passing the knowledge down to their children. The concentric rattan rings bound by cotton cord are woven into a hanging lamp and called layag, which is the Tagalog word for sail.

CITEM Executive Director Pauline Suaco-Juan noted that the Philippine participation in trade shows under the new normal is an ongoing effort to build the agency’s and its stakeholders’ digital capacities. “We’re very excited to be facilitating trade and export, primarily done in the digital sphere, by providing our partners with the necessary content,” she shared.

In its participation in the first-ever edition of MOM last year, the Philippines caught the attention of trend forecasting authority WGSN, as well as that of typically untapped audience segments in physical trade shows in the country, such as buyers and media from Brazil.

Suaco-Juan added that through content production, where preparations were made while the country was in various iterations of community lockdowns, CITEM and FAME+ exhibitors were able to produce quality digital storefronts. This, in turn, led to exhibitors realizing the importance of content.

“Especially on digital and it’s the flick of a finger and you have half a second to capture potentially thousands of eyeballs, arresting photos are a must,” Suaco-Juan said.

Led by the Center for International Trade Expositions and Missions, the Philippine participation in MOM is part of the Department of Trade and Industry (DTI) agency’s fulfilment of its export promotion mandate, supporting and empowering Philippine designers, brands, and MSMEs as they step on to the global stage.