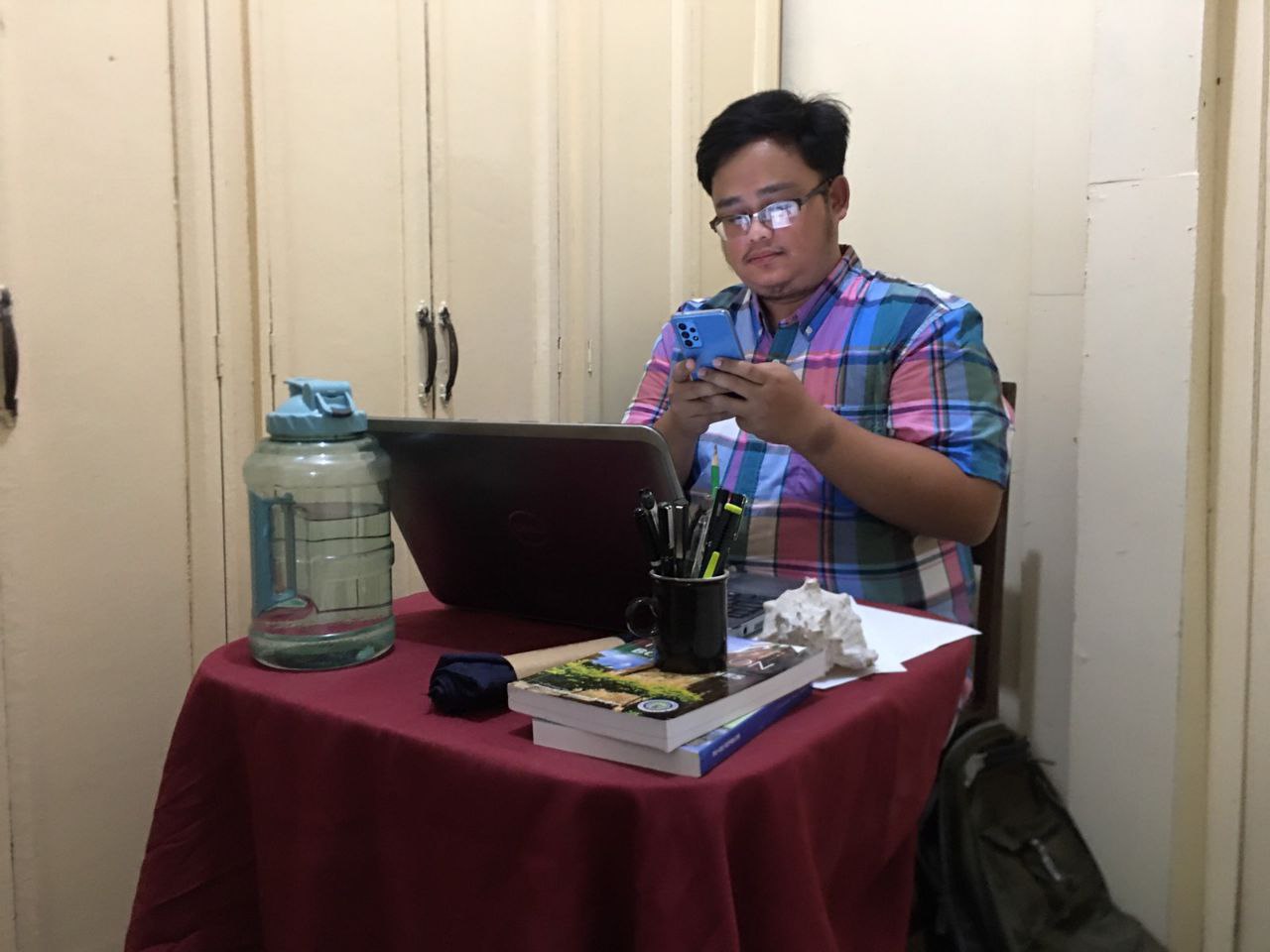 29-year old Kim Faderon is able to fulfill his remote work with the improved network coverage in Odiongan, Romblon

Many Filipino professionals have turned to their smartphones to continue working remotely, as well as to keep themselves entertained wherever they are, as the country implements community quarantines to curb COVID-19.

For 29-year-old Kim Faderon, a government employee, the transition to remote working has been easy because of the improved network coverage in their area in Odiongan, Romblon.

“For work, we need to always be online. That’s how we get our tasks done and how we submit our deliverables,” he said, adding that he currently uses his Smart Rocket SIM for Zoom meetings and video calls.

Before, Kim used to worry about his connectivity. Today, Kim said he has grown more confident about using mobile data on his phone, as the Rocket SIM now also powers his “me time” after work.

“I like watching Netflix, which has helped me cope with anxiety and stress,” he said. “I’m also looking into starting my own blog or even vlogging on YouTube for fun. This is the right time to explore other things we can do on the Internet, because everything is already online these days.”

Like Kim, many young professionals are also using the internet to relax by listening to music and watching videos.

With Smart, fans of Billie Eilish and K-Pop can be as close as possible to their idols through exclusive livestreams to the 2021 iHeartRadio Music Festival (Sept 18-19) and the fifth season of KCON:TACT (Sept 18-26) via the GigaPlay app.

The iHeartRadio Music Festival is headlined by artists such as Billie Eilish and Coldplay,  while KCON:TACT brings the best of K-Pop with acts like Stray Kids, ATEEZ, and MAMAMOO–and GigaPlay makes it simple and easy to watch for Smart subscribers.

Kim is among the many Filipinos whose GigaLife has been enabled by Smart’s fastest LTE and 5G networks, as cited by third-party analytics firm Ookla.

To date, Smart’s 5G network is also the widest in the country with more than 4,000 sites nationwide, enabling more Filipinos to experience faster speeds using their Smart 5G-certified handsets.

Smart customers are also in for a month of surprises, exclusive treats and world-class entertainment as they mark the first anniversary of ‘GigaLife’ with GigaFest this September.

On GigaDay — Sept. 19 or 0919, Smart’s popular mobile network prefix — customers will also get the chance to get GigaDay freebies, including free 1.9 GB for prepaid subscribers and 9.1GB for postpaid subscribers. Since the launch of the GigaLife App, Smart has given away over Php919 million worth of data freebies and exclusive rewards for users, now at more than 5 million.

The GigaLife and GigaPlay apps are available for download for free from the Apple App Store or Google Play Store.

Enabling customers to maximize the GigaLife, Smart has also launched data packs such as “Build Your Own Giga”, which allows Smart Prepaid and TNT customers to customize their data packs according to promo duration, preferred GIGA pack inclusions depending on passion points (Video, Stories, Games, Study, Work, or Music), and amount of data for all sites and apps and other add-ons. Other promos exclusively available on the GigaLife App include the Double GIGA and Unli GIGA offers, as well as the All Data (pure data for all sites) and Magic Data (no expiration) packs.