Finance Chief urges BOC to be vigilant against pork smuggling 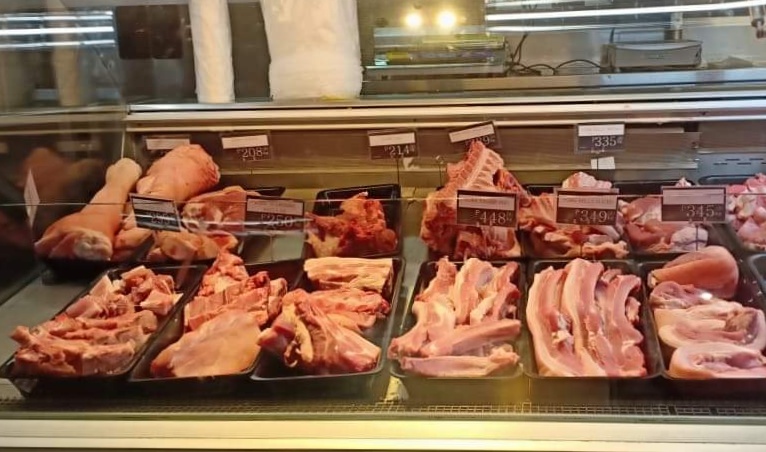 In Photo: Price ceiling set by the government may lead to pork smuggling. Finance Chief Carlos Dominguez III reminds BOC to ensure that this will not happen

With the pork holiday, scarcity of supply of pork and price hike, Finance Secretary Carlos Dominguez III has directed the Bureau of Customs (BOC) to keep a tighter watch over the possible misdeclaration or misclassification of pork shipments entering the country by importers attempting to dodge the correct payment of tariffs on these products amid the current supply shortfall and retail price spiral.

Dominguez issued the order after President Duterte approved in principle during the Cabinet meeting held on Feb. 3 the recommendation of the Department of Agriculture (DA) to expand the minimum access volume (MAV) allocation for pork imports.

The Tariff Commission has already submitted its recommendation on increasing the MAV to the President, according to the DA.

Aimed at  boosting  pork imports, the DA said the expansion of the MAV  will help offset soaring pork prices amid the outbreak of the African Swine Fever (ASF) in the country, which has significantly reduced the pork output of local producers and jacked up market prices.

Dominguez, who served as agriculture secretary during the former Corazon Aquino administration,  told Guerrero to watch out for traders possibly misclassifying pork imports once the new MAV allocations and tariff rates are approved by the President.

The current tariff on pork within the MAV is at 30 percent, while off-quota imports are taxed a higher 40 percent.  The Tariff Commission has recommended a lower tariff rate on pork imports within the MAV, which should come from ASF-free countries.

Edible offal (entrails) of  bovine animals, such as swine, sheep and goats are taxed much lower, which some importers may declare as prime pork shipments to avoid paying higher import duties.

“Some pork importers may resort to technical smuggling,” Dominguez told Guerrero in issuing his directive during a recent Department of Finance (DOF) Executive Committee (Execom) meeting.

Guerrero assured Dominguez that the BOC has been closely monitoring the imports of meat products, including pork and chicken.

The BOC is a member of the new economic intelligence task group that President Duterte created recently to go after smugglers, profiteers and hoarders of agricultural products.

Co-chaired by the DA and the Department of Trade and Industry (DTI), this group is also composed of the Philippine Competition Commission (PCC), Departments of Justice (DOJ) and of the Interior and Local Government (DILG), Philippine National Police (PNP), National Security Council (NSC) and the National Intelligence Coordinating Agency (NICA).

Under EO 124, a price ceiling of ₱270 per kilogram (kg) for kasim/pigue, ₱300/kg for liempo, and ₱160/kg for dressed chicken was implemented starting this month in Metro Manila.