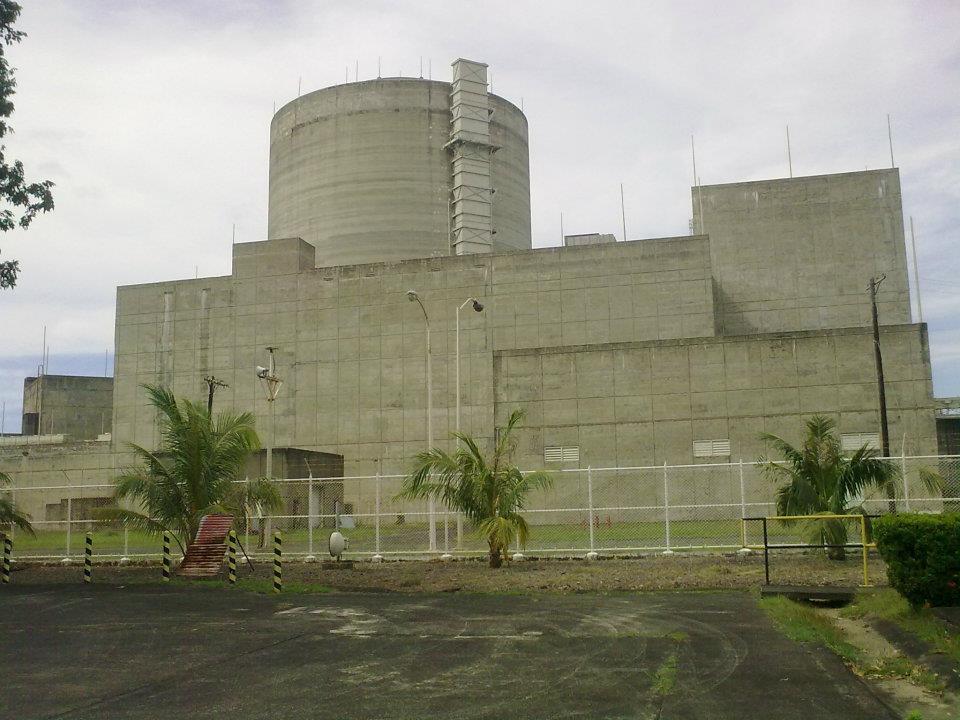 The mothballed Bataan Nuclear Power Plant built by Westinghouse
Photo from Wikipedia
By Alithea De JesusThe Philippine is not just one of the countries in Asia with the highest power rates but also in the world’s Top 10. While we have alternative sources for energy such as solar, hydro, geothermal, biogas, and even ethanol, it seems that others are not keen on the importance of addressing the energy concerned of our country as this is tied up with our very own national security.
Not many understand that one of the major considerations being taken by foreign investors is the power rate in a country or availability of alternative energy sources to lower the power cost of their operations, especially for the manufacturers given the fact that the ASEAN neighbors have been leveraging this to lure the investors to relocate their manufacturing.

This was also mentioned in the column of Monsi Serrano last May 4, entitled Think Green, Not Greed!
https://thephilbiznews.com/beyond-sight-think-green-not-greed/

With President Rodrigo Duterte’s signing of Executive Order 116, the Department of Science and Technology-Philippine Nuclear Research Institute (DOST-PNRI) throws support for the renewed efforts to engage in a nuclear power program as it also pushes for an independent regulatory body through a pending bill in Congress.

In the media advisory sent by the Department of Science and Technology, the DOST-PNRI Philippines’ frontrunner agency in atomic research and development, underscored that adding nuclear to the current energy mix will pave the way for more efficient and less costly power cost.The Institute is a member of the Nuclear Energy Program Inter-Agency Committee (NEPIAC) created by EO 116. NEPIAC, tasked mainly to study the adoption of a national position on nuclear power, is chaired by the Department of Energy (DOE) with the DOST as vice-chair.

Nuclear energy as the best option

“Ask anyone who has relatives abroad, and they will tell you the stark difference between their electricity rates and ours,” said Dr. Arcilla, who strongly advocates for the Philippines to finally establish its own nuclear power program. “That’s how the Philippines lags behind other countries in terms of power cost.”

“Nuclear is simply the cleanest, cheapest, and most efficient means of producing electricity. Nuclear power will especially spare the poorest among the Filipinos who are the ones actually allotting the lion’s share of their income just for electric bills,” said Dr. Arcilla.Increasing electricity rates and occasional power outages only worsen the national mood as the country continues to grapple with the COVID-19 pandemic.

Nuclear energy has the capacity to produce baseload power for a continuous supply of electricity 24/7, according to Dr. Arcilla.
Conventional sources such as coal and natural gas also have a similar capacity, but nuclear does not entail the high cost of refueling fossil fuels or the carbon emissions that are the bane of a world ravaged by climate change.

A single pellet of uranium fuel almost the size of a pencil eraser contains as much energy as a ton of coal (907 kg), three barrels of oil (149 gallons), or as much as 17,000 cubic feet of natural gas, says Dr. Arcilla. These advantages of nuclear energy have been acknowledged by the DOST-National Academy of Science and Technology (NAST), the country’s leading advisory and scientific recognition body.

In a statement issued last year, DOST-NAST formally recommended nuclear power for the country’s energy mix, saying that “nuclear fuel can be a viable solution to mitigate the effects of climate change.”

DOST-NAST further states that nuclear serves as an alternative to fossil fuels not only in terms of environmental impact, but also in terms of its economic feasibility.

“[T]he dependence on imported fossil fuels makes the country vulnerable to world energy price volatility. By comparison, the cost of generating nuclear energy is less sensitive to nuclear fuel price due to the larger component contributed by its capital cost.”

Aside from advocating nuclear science and technology, the DOST-PNRI also continues to push for the enactment of the Comprehensive Atomic Regulatory Act which will create an independent nuclear regulatory body in the Philippines. International standards prescribe a separate agency that will handle the regulation of all activities and facilities involving sources of ionizing radiation.

“While we are waiting for a law creating an independent body, RA 5207 is still a basis for pursuing nuclear power as it was when the Bataan Nuclear Power Plant was being licensed in the 70s and 80s,” says Dr. Carlito Aleta, former DOST-PNRI director, DOST Balik Scientist specializing on nuclear engineering, and consultant of the International Atomic Energy Agency. “Let’s hope a new bill will be passed by Congress creating a new regulatory body.”

The regulations will cover matters involving nuclear power, nuclear and radioactive materials, facilities and radiation-generating equipment used for diagnosis and treatment of diseases in hospitals and medical centers, and other industrial activities in the country.

Currently, the DOST-PNRI serves as the national regulatory body for nuclear and radioactive materials.