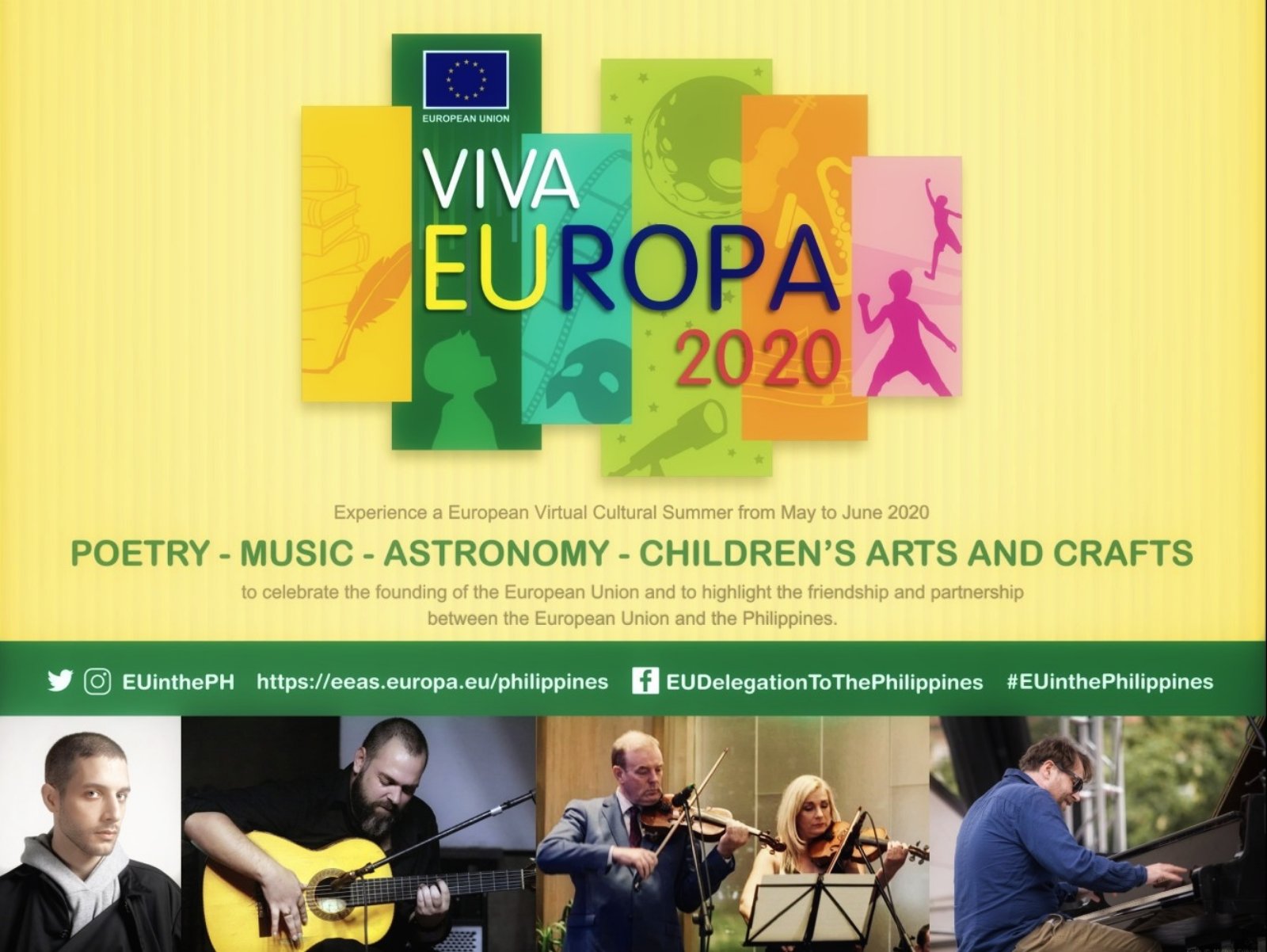 The annual Viva Europa cultural events are something that many Filipinos look forward to. Pinoys being a song and music lovers have been enjoying the shows presented during this much-awaited celebration of Europe and Philippines friendship and collaboration over the years through arts and culture, music and dance, acclaimed movies, and a lot more.

Needless to say, even one of the great ancient philosophers Plato cited the importance of music in our lives when he said, ”Music gives a soul to the universe, wings to the mind, flight to the imagination and life to everything”.

This powerful and beautiful quote while spoken in eons ago remains relevant even to this very day especially as the whole world is fighting this coronavirus pandemic and as the Viva Europa 2020 holds its virtual cultural events.

Feel the passion, the fire, the energy and warmth of European music, and also the Filipino sounds and beat!

Jeanette is a multi-talented artist as she is a visual artist and a violinist.  Having participated in the first edition of Euro-Pinoy Concert in 2018, Jeanette has a strong passion for culture and the arts.  She said that “Where the word ends, the music starts”. To truly develop deep emotional art – whatever your medium – music, visual art, or movies – you enter another world and you forget the time …you just create. I create the best when I do it for someone”.

She has a roster of awards as a violinist and artist and just recently was nominated as Noble Queen of the Universe of Sweden and was named as Noble Queen representing Sweden. She was also named as an outstanding international visual artist of the year (Pamana Awards USA).  She had a number of art exhibitions either as a solo artist or together with a group of artists.

Jeanette’s brother Stefan Rendehed is a scientist and a violinist at the same time.  He joined in last year’s “Hemispheres Talk on Music”, another initiative of the EU Delegation to the Philippines and the University of Sto Tomas.

German DJ Bruder is the music manager of Manila Nightclub XX XX. He enjoys his being a DJ and he plays music ranging from electronic, downtempo, psych, world music, experimental & more.