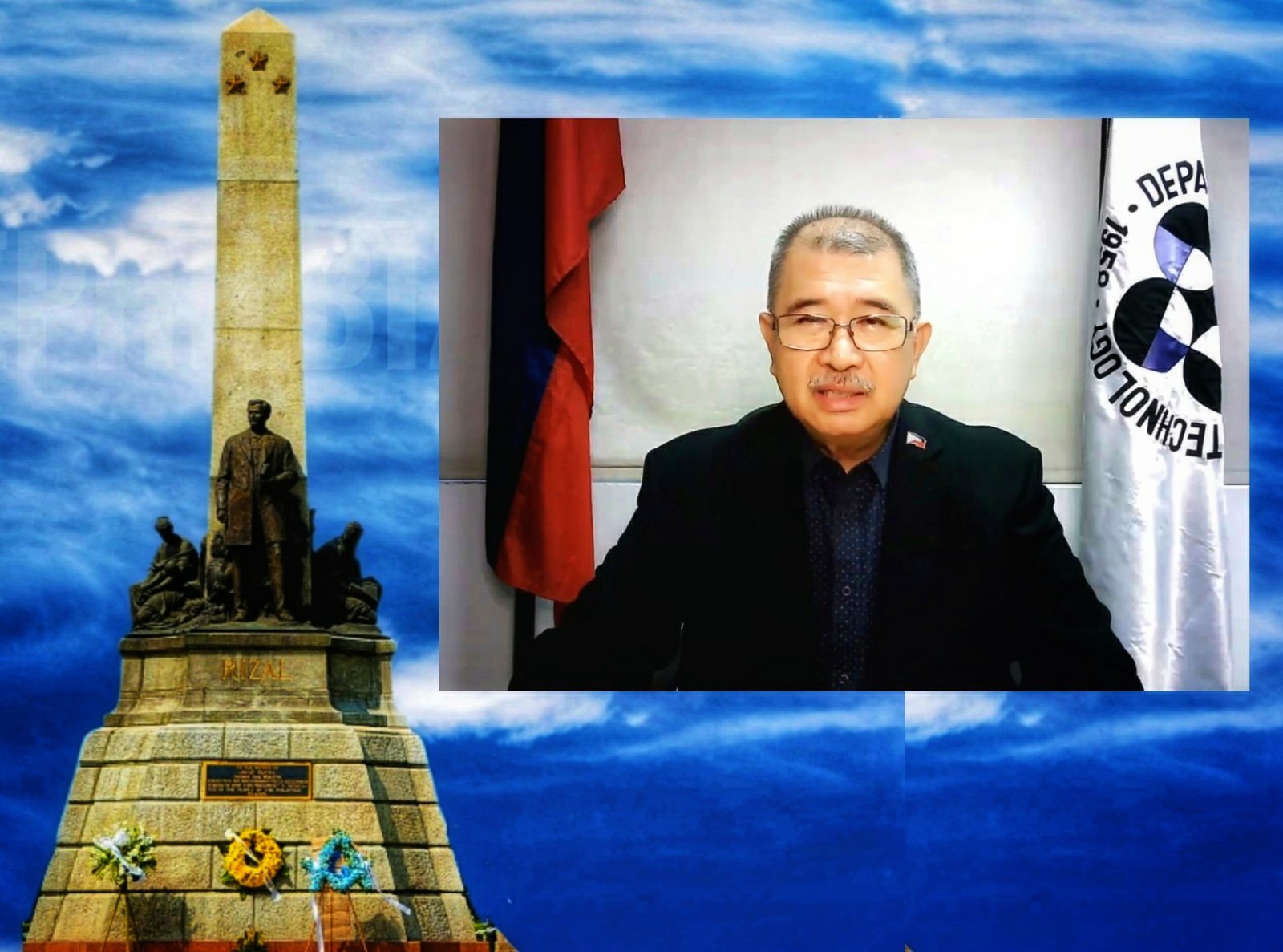 Giving a fitting honor to our National Hero and to remind the younger generations about his inspiraing life, the Department of Science and Technology-Philippine Council for Agriculture, Aquatic and Natural Resources Research and Development (DOST-PCAARRD) led the kick-off of the webinar series about Dr. Jose P. Rizal as a Filipino scientist last December 13, 2021.

Apart from remembering Rizal and his unparalleled accomplishments, the webinar also showcased Rizal’s contributions to the development of agriculture in the 19th century Philippines that still redound and very relevant today.

DOST Secretary Fortunato T. de la Peña said the DOST hopes to instill and revive nationalism among Filipinos through the Rizal webinar series. Hence, “Jose Rizal, the Agriculturist” is more than just remembering him 125 years after his ultimate sacrifice to show everyone what was a Filipino should do and willing to give up top show love for the country and your compatriots.

The secretary added that Rizal’s nationalism, love for the arts and sciences, and desire to uplift the lives of the poor continue to serve as an inspiration to the Filipino nation, particularly the youth. He compared the selfless service of the heroes of this COVID-19 pandemic – the health workers, medical professionals, and scientists – to Rizal.

The webinar gathered experts from the University of the Philippines (UP) Diliman, UP Los Baños, and the National Historical Commission of the Philippines (NHCP) to share their knowledge and expertise on the life of Rizal as an agriculturist, extensionist, and defender of farmers’ rights.

Dr. Kerby C. Alvarez, Assistant Professor at UP Diliman’s Department of History, talked about Rizal’s perspectives on science and the era of institutionalization of modern agricultural sciences in the late 19th century. According to Alvarez, Rizal’s innovative ideas played an important role in the development of science as a discipline during his time, which he applied in agriculture.

On the other hand, UP Los Baños’ Department of Social Sciences Assistant Professor Rhina A. Bonconan discussed the history of Hacienda de Calamba and the agriculture sector’s situation during Rizal’s time. Bonconan said that one of Rizal’s greatest contributions to agriculture was to shed more light on the plight of farmers including landlessness under the Spanish colonial rule.

Lastly, NHCP Historic Sites Development Officer Eufemio O. Agbayani III dwelled on Rizal’s experience as a farmer during his exile in Dapitan. For Agbayani, Rizal’s interest in farming could influence our modern-day farmers and agriculturists to think like an entrepreneur and explore more opportunities in farming.

Aside from the three experts, a descendant of Rizal from his older brother Paciano was also present during the event. Ester Azurin shared how important farming is for her family as influenced by their ancestor Rizal. Azurin, an agri-entrepreneur herself, said farming and agriculture are noble pursuits because, if not for them, there would be no food on our tables.

The “Jose Rizal, the Agriculturist: Honoring and Remembering him @ 125” webinar is part of the activities preceding the unveiling of “Dr. Jose P. Rizal, The Filipino Scientist” statue on December 30.

The 12.5-ft monument will be the first 3D-scanned and 3D-printed statue of the hero built in the Philippines – a product of Prof. Jose Manuel Sicat, using world-class technology provided by the state-of-the-art facility, the Advanced Manufacturing Center (AMCen) of the DOST-Metals Industry Research and Development Center (DOST-MIRDC).

Rizal’s 3D statue is a tribute by the DOST to the life and legacy of Rizal and his contributions to the country especially in the field of science. The project to commemorate Rizal on his 125th year martyrdom anniversary is a joint undertaking of the DOST-MIRDC, the DOST-National Research Council of the Philippines and the DOST-Science and Technology Information Institute.