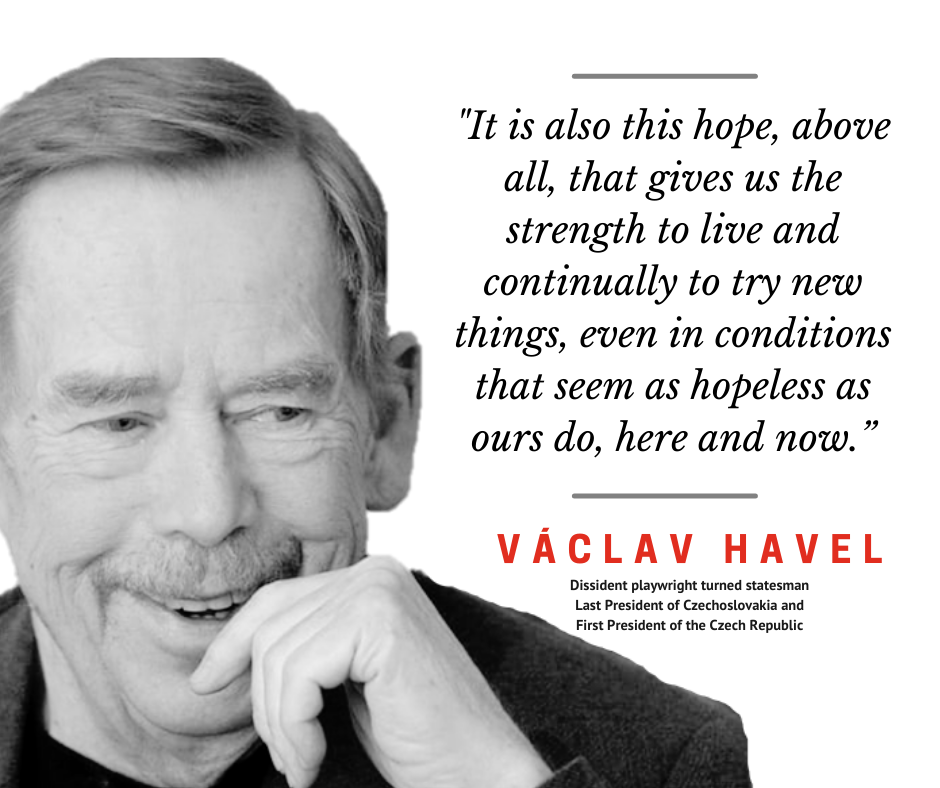 “Vision is not enough, it must be combined with venture. It is not enough to stare up the steps, we must step up the stairs.” This is one of the many remarkable words left by a Czech dissident playwright turned statesman, Václav Havel.

In commemoration of his 85th Birth Anniversary, the Embassy of the Czech Republic remembers the life and legacy of the Czech first post-communist president who had been instrumental in the country’s transition from a totalitarian regime to democracy.

Václav Havel lived a varied life. Derived from his experiences during the communist regime, Havel’s literary works were influenced by the life under the regime. One of his most notable drama is “The Garden Party” which used texts comprised of meaningless phrases often heard from “initiators” and “liquidators”.

The situation in the Czech Republic propelled Havel into public life when, during the Prague Spring (1968-1969), he argued that the reformation of the Communist party was not enough, rather true democracy should be installed. Like other dissidents, Havel spent years in prison for supporting the Prague Spring and was labeled an “enemy of the people” after the Soviet-led invasion and occupation.

This did not quell Havel’s continuous resolution as he played a leading role in the Czech dissident movement wherein he co-authored the Charter 77 declaration, an informal civic initiative addressing the dire situation of human rights in Czechoslovakia. After the 1989 Velvet Revolution, Havel became the president of a newly democratic country and was noted in history as the last President of Czechoslovakia from 1989 until its dissolution in 1992, and the first President of the Czech Republic from 1993 until 2003.

During his presidency, Havel visited the Philippines in 1995 where he discussed with President Fidel Ramos the expansion of Czech-Philippines ties. Havel was also quoted thanking the Filipinos for the inspiration by the 1986 EDSA Revolution to countries in Europe under the communist regime.

Despite his passing in December 2011, Havel continues to be a significant figure in the Czech Republic and worldwide. His roles as a philosopher, politician, and visionary have contributed immensely to the development of Czech society, and his ascension as a moral authority to the country is celebrated every year.