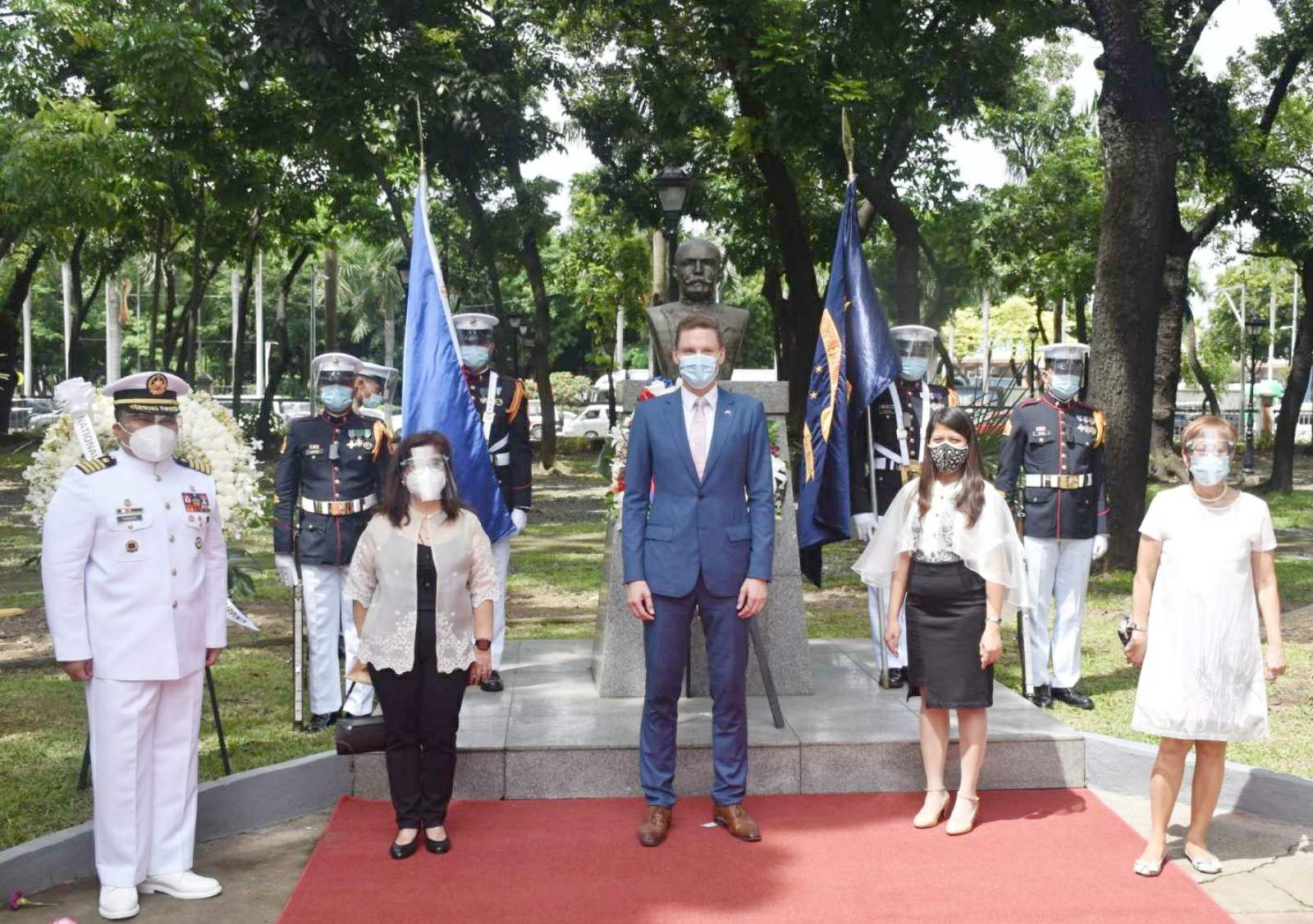 The Czech – Philippine relations while formally established in 1973 through the creation of Embassies in their respective capitals go a long way back. The people-to-people ties between the two nation-states were already flourishing and serves as one of the foundations of its current bilateral ties. Evidence of this is the formidable friendship of Czech professor, Ferdinand Blumentritt, and one of the Philippine national heroes, Dr. Jose Rizal.

Professor Blumentritt was born in Prague on 10 September 1853 which was then part of the Austro-Hungarian Empire. He was a master teacher in Litoměřice when he and Rizal started their correspondence. Bounded by their mutual enthusiasm and interest in the Philippines, Blumentritt and Rizal’s friendship developed into like that of brothers. He served as a confidant to Rizal and they have collaborated on some works including Rizal’s annotations of Morga’s Sucesos where Blumentritt wrote a prologue.

In celebration of the 168th Birth Anniversary of Ferdinand Blumentritt on 10 September, the Embassy of the Czech Republic in partnership with the National Historical Commission of the Philippines (NHCP), National Parks and Development Committee (NPDC), Philippines Navy (PN), and the Philippines National Police (PNP) held a wreath-laying ceremony in Noli Me Tangere Garden, Rizal Park where his bust is located.

The Deputy Head of Mission, Mr. Dalibor Mička, represented the Czech Embassy and honored the contribution of Blumentritt in the early Czech-Philippines relations. He also shared the plan of the Embassy to unveil a commemorative plaque remembering the friendship of Blumentritt and Rizal, “This will serve as a reminder of the long-standing relationship between the Czech Republic and the Philippines. While this work is still in progress, we are glad that we could pay our tributes today and remember the birth of the Czech scholar who has also contributed immensely to the Philippines through his extensive work about the Philippines history and culture.”

The event was hosted by the NHCP in cooperation with Captain Junjie Tabuada, PN (MNSA) who served as the military host; Ms. Reina B. Jara, Chief Administrative Officer of the National Parks Development Committee; Ms. Carminda R. Arevalo, OIC Executive Director of the National Historical Commission of the Philippines; and Mrs. Gina C. Batuhan, Chief, Historic Sites, and Education Division of the NHCP.

This is only one of the current initiatives that the Czech Republic and the Philippines have about the long-standing friendship of these prominent figures. In 2015, the Embassy of the Philippines in Prague launched the Rizal-Blumentritt Heritage Trail in the city of Litoměřice in North Bohemia, Czech Republic. The Embassy commissioned the local artist, Karel Mačas, to draw the 10-point of interests in the heritage trail.

Apart from this, the Embassy of the Czech Republic has also been supportive of the initiatives of the NHCP to commemorate Rizal’s life. In June 2021, Czech Ambassador Jana Šedivá joined the 160th Birth Anniversary of Dr. Jose Rizal held in Calamba, Laguna. During the celebration, Ambassador Šedivá was gifted with a portrait of Rizal and Blumentritt made by Janina Sanico out of natural watercolor paints. This portrait is now housed at the Ambassador’s office, which continuously serves as a reminder of the long-standing friendship between the two nations.

The relationship of Rizal and Blumentritt that started through correspondences continues to grow. Founded on shared respect for liberal values, the people-to-people ties of these two figures are evident to this day in the flourishing Czech – Philippine relations which has also expanded in other areas of mutual interests.