A Baker’s Journey: From Dropout to Sold-out Cakes 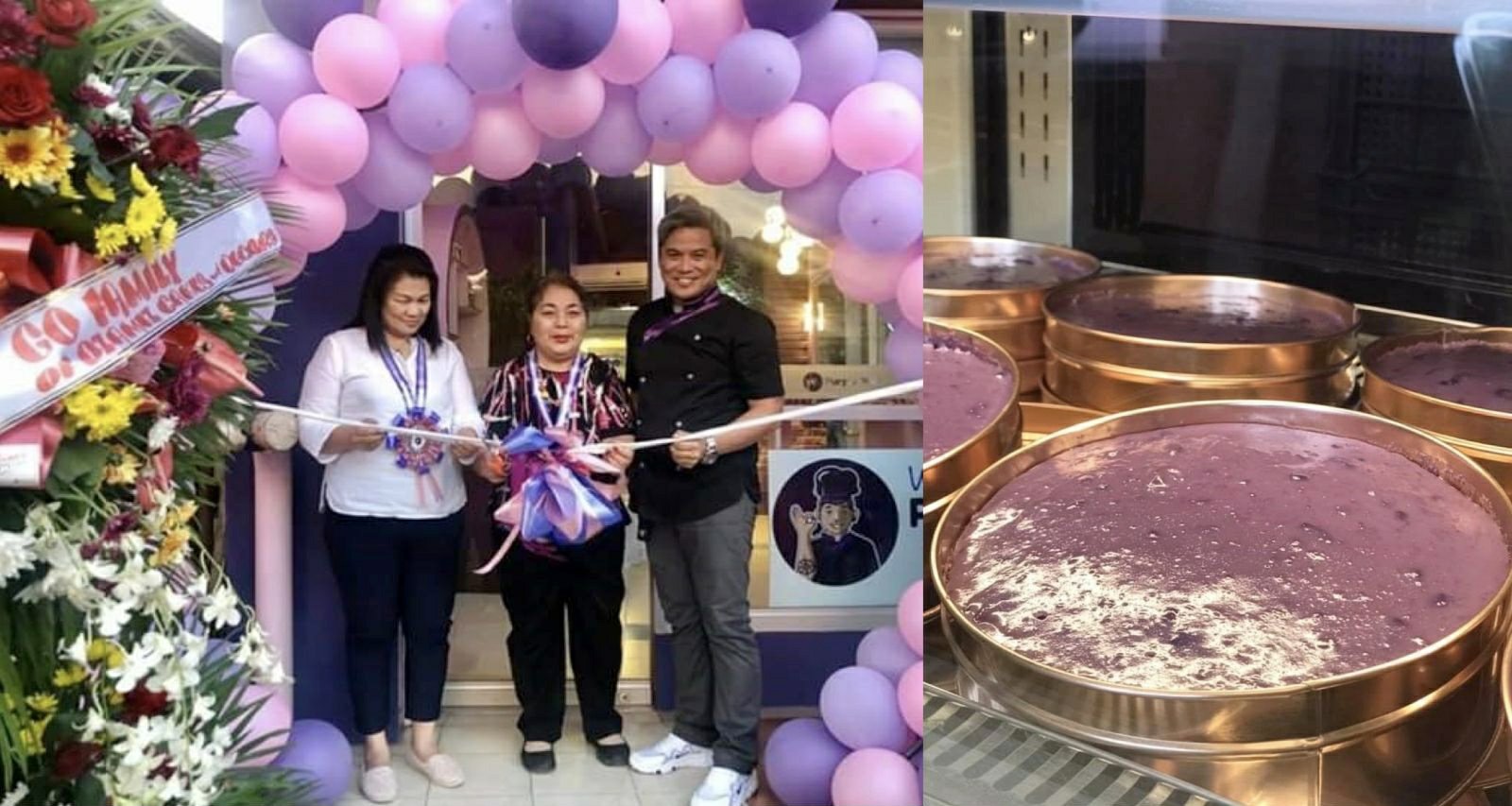 This is a story of an entrepreneur who was not able to finish his studies but who sold out ube cakes and found success.

Julieto “Oyos” Lumbatan Mendoza is experiencing a steady increase in sales and expansion of branches for his cakeshop, Purple Yam Home Made Cakes & Pastries, even at the outset of pandemic. Two new branches were launched in 2020 and 13 more in 2021. But unlike the fast-paced growth of his business, it actually took Oyos some time to find his purpose in life.

Oyos was a smart kid with a promising future, but he had a hard time figuring out what he really wanted to do in life. He took solace with his friends who experienced the same fate while in college, and together they went to different places to search for their purpose. This diversion made him broke and greatly affected his studies.

After a few trials and errors, Oyos got interested in baking decorative cakes since his mother operated a bakery. It initially became a slight hurdle between the two. His mother wanted him to finish his studies, but he persisted in learning how to bake cakes.

He brought their baking equipment with him to Ozamiz City and used his vacant time after school in baking cakes. He first sold his baked chocolate cake per slice in an eatery in front of Misamis University (MU). The cake sold out, leading to one customer encouraging Oyos to sell cakes in the MU canteen.

He eventually did sell the cakes but stopped weeks later when the university established its own bakery. Another opportunity shortly opened for Oyos when he was referred to sell his cakes in Gaisano. And he did, but he did not just stop there. Oyos did not just deliver his cakes every day in the major shopping mall but also to other school canteens. He then tried to bake his first ube cake and sold it to a doctor-friend, who liked it and ordered more to give to his colleagues. This was how he his customers grew—by word-of-mouth. And with the business in a non-stop boom, Oyos finally decided to stop his studies and focus on his cake business.

The first Purpleyam Homemade Cakes and Pastries opened in 2013 which served as an outlet for the customers to order and claim the ube cakes. The ube cakes started gaining so much recognition that its presence reached other cities like Cebu, Cagayan de Oro, Iligan, and Dipolog, where Oyos would personally deliver whenever his schedule permits.

He joined the Department of Trade and Industry’s (DTI) Kapatid Mentor ME (KMME) Program in 2019. This honed him to have an entrepreneurial mindset that, for him, sets a basic foundation to become successful. With this, Oyos was able to overcome challenges, become more decisive, responsible, and open to improvements.

He opened his first physical store in Ozamiz City months after graduating from the KMME program. The new venture increased its revenue by about fifty percent more than the benchmark bottomline figure. With the enormous demand of his ube cake, he started to introduce ube jam as a new product and planned to expand with more offers such as ube soft ice cream, ube pie, and even brazo de ube. He is also looking to develop further his lesser known durian cake.

The pastry shop experienced a significant drop of sales in the first two months when the pandemic started in 2020 due to the shift of customer focus and priority and because employees volunteered to stay in the safety of their homes to take care of their families. But Oyos continued even with the reduced number of personnel. He led his team through the pandemic by personally managing the main Ozamiz branch. He did not stop his business operation even for a day but he also made sure that minimum health protocols were being followed. Each of the branches also strengthened their Facebook pages to continue to reach out to the general public.

His perseverance paid off when customers returned to make orders in the Purple Yam branches with the help also of third-party delivery services, who initiated in partnering with the stores. Even in the middle of the pandemic, his ube cake has become a part of his customers’ celebrations.

Today Purple Yam is continuing to grow but Oyos has no plans of stopping yet. He is in the process of developing his franchise model and manual of operations. He plans to procure equipment for mass production to meet the growing customer demand, build a commissary in Cebu City, and acquire refrigerated van trucks.

He sees an endless opportunity as long as everyone will keep on trying.

“Make use of what we have now—our talent, our skills, anything that makes us passionate in doing things.” Oyos shared. “Do it in a way na pwede nimo siya mabaligya. Ishowcase nato ato talent and skills. Someone will actually love it.”