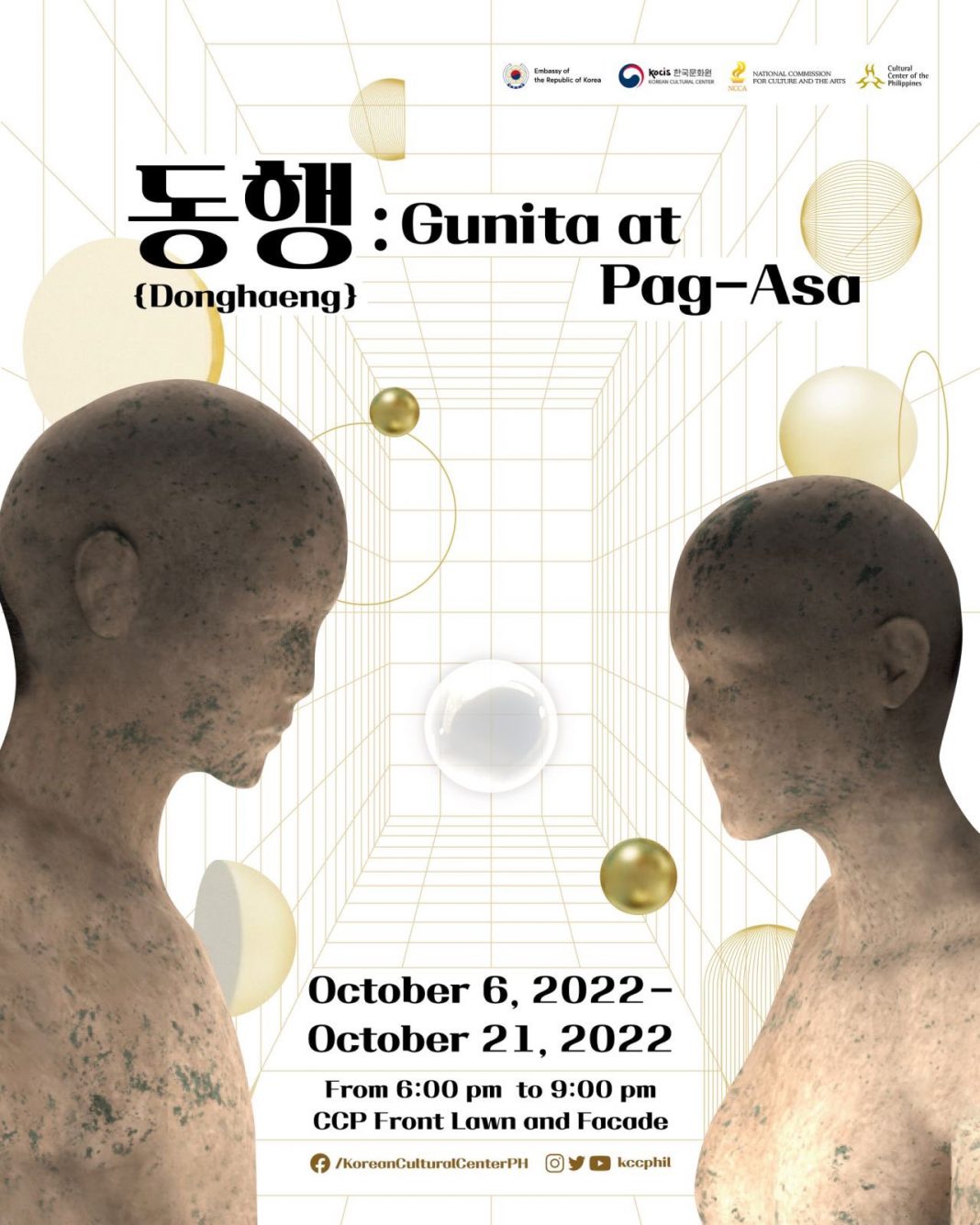 Titled 동행 (Donghaeng): Gunita at Pag-asa, the 8-minute long media art show will be projected at the front lawn wide exterior wall of the CCP Complex from October 6 to October 21, 2022 at 6PM to 9PM. It is shown to the public for free, and those who are just passing-by can enjoy the art even when stuck in traffic! They can also have the chance to win different prizes when visiting by joining contests in KCC’s official social media accounts.

The continuous people-to-people exchange between Philippines and Korea has rendered immense expectation and need for the experience of Korean culture, and KCC prepared this media art show so that Filipinos can experience Korea even here in the Philippines.

“I hope that the constant appearance of national symbols of two countries and their harmonious movements in the video would serve as an opportunity to better understand each other.” said, Director IM Young A of KCC.

Media art shows are public displays of art projected on the exterior of buildings using them as large screens. Due to the pandemic, a lot of Filipinos are unable to go outside and enjoy art to unwind. This media art show is specifically made to be enjoyed by everyone, for free, without worry as the venue is outside. Anyone can marvel at the intricate design, art, lights and sounds from the grounds of CCP with the company of their friends or family.

The media art show is divided into three parts: the cultural origins and growth, the communication of both the beautiful rich cultures, and lastly, the celebration and harmony of friendship between the Philippines and Korea.
The media art show is a collaboration of Korean cutting-edge technology and Filipino arts. To exhibit the authentic Filipino and Korean culture, the movements of both Filipino and Korean dancers were recorded through motion capture and AI technology. They perform traditional dances such as Pandanggo and Buchaechum (Korean fan dance) with an ethnic score. At the end of the show, there is a festive collaboration of the traditional dances of each country. This fluid movements are also integrated in the feature of different symbols of each country.

The graceful and fluid movements were created by celebrated choreographer SHIN Chang-Ho, while the music is a collaborative effort between Korean music director PARK Woong-Seo and Filipino music director Josenic France Juanite. The overall art was created by the genius of director CHO Chung-Yean.
From watching it from their phone screens, Filipinos can now see live media art shows that are popular in Korea in one of the celebrated architectures in Manila.

동행 (Donghaeng): Gunita at Pag-asa is an event under the theme “Kita Kita Korea” where Filipinos can experience Korean culture in the Philippines without traveling to Korea. Other KCC events that the public can look forward to is the Phil-Kor Hats Exhibition with The M on October 21, 2022.

Experience the exquisite and artistic representations of Philippine and Korean friendship and hopeful future embroidered in the Manila sky like the Christmas lights.