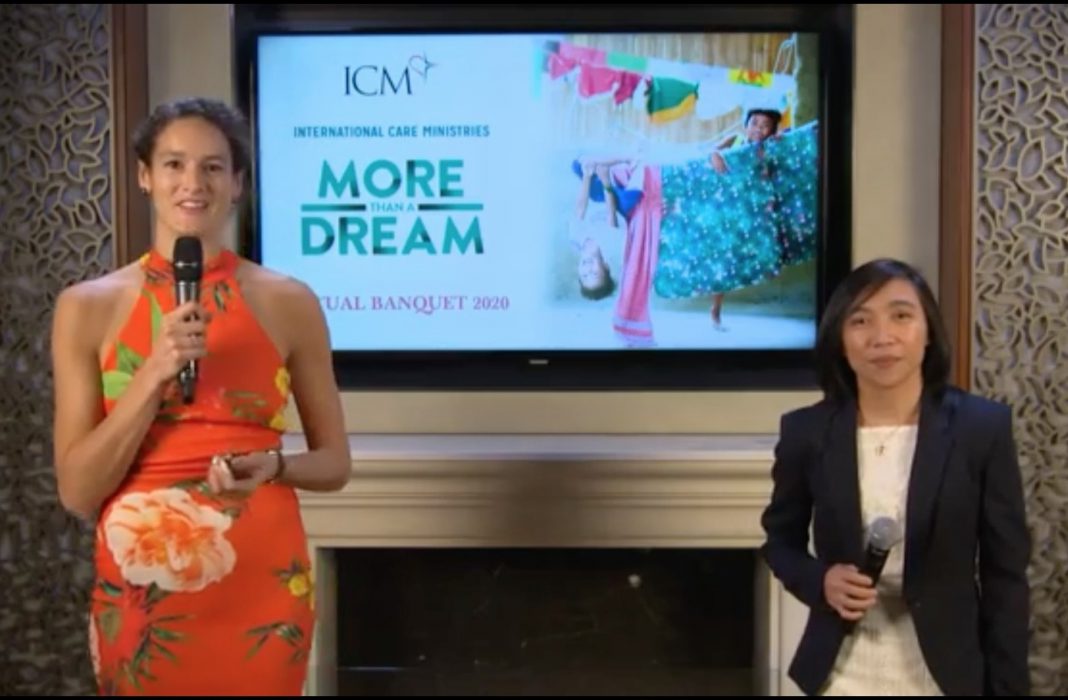 “More than a Dream”, ICM fundraising banquet
With ICM Hosts Louise Joachimowski and Bless Araguas welcomes over a thousand guests from all over the world to the annual

It was a resounding successful virtual fundraising banquet that was held last October 9, 2020, organized by International Care Ministries (ICM) held in Hong Kong. Dubbed as “More than a Dream”, the annual fundraising banquet held virtually was able to raise HK$13.3 million or ₱86 million, exceeding the amount raised the year before.

This noble activity by the ICM is aimed to institute positive transformation in the lived of the ultra-poor community in the Philippines.  But due to the pandemic, the ICM went virtual, streaming live from Hong Kong to the world. The silver lining of online gatherings is that they are open to all; 1600 well-dressed guests from 16 countries participated, including Hong Kong, the Philippines, United States, United Kingdom, Australia, Uganda, and Guatemala.

With restrictions easing slightly in Hong Kong in early October, there were several hundred guests were also able to gather at the Aberdeen Marina Club (AMC) to watch the live stream together. In compliance with strict social distancing protocols in Hong Kong, the four-person tables were socially distanced and spread out over multiple rooms within the venue.

The program, broadcast live from a closed room in the AMC, included the highlights that introduced ICM’s work to those who are only learning about it for the first time—but long-time ICM supporters have come to look forward to every year.

“In the midst of crisis, heroes are everywhere.”

ICM’s CEO David Sutherland began his keynote by acknowledging the impact of the virus on ICM’s many plans for 2020 such as opening a dozen new locations across the Philippines and launching ICM’s first international expansion in Uganda. Just as the pandemic had done across the world, it forced ICM to put aside those plans in the face of a more urgent need as ICM pivoted from development to relief operations almost overnight.

“For the first time in 30 years, the world is going on the wrong direction in the fight against poverty,” Sutherland said. “The World Bank predicted that an extra 150 million people will fall into poverty because of the pandemic.” ICM’s focus is on the ultra-poor and this has been a devastating year for them. Under lockdowns, many had no work, which meant no money, and no food.

Through personal stories, Sutherland showed the need for the people ICM has been reaching. ICM has identified five million specific Filipinos who were in serious need and has delivered goods to four million so far. Among other relief goods, ICM has distributed 14 million meals, over 200 million seeds, gave two months’ worth of ready-to-eat-food to 18,000 children suffering from malnutrition. 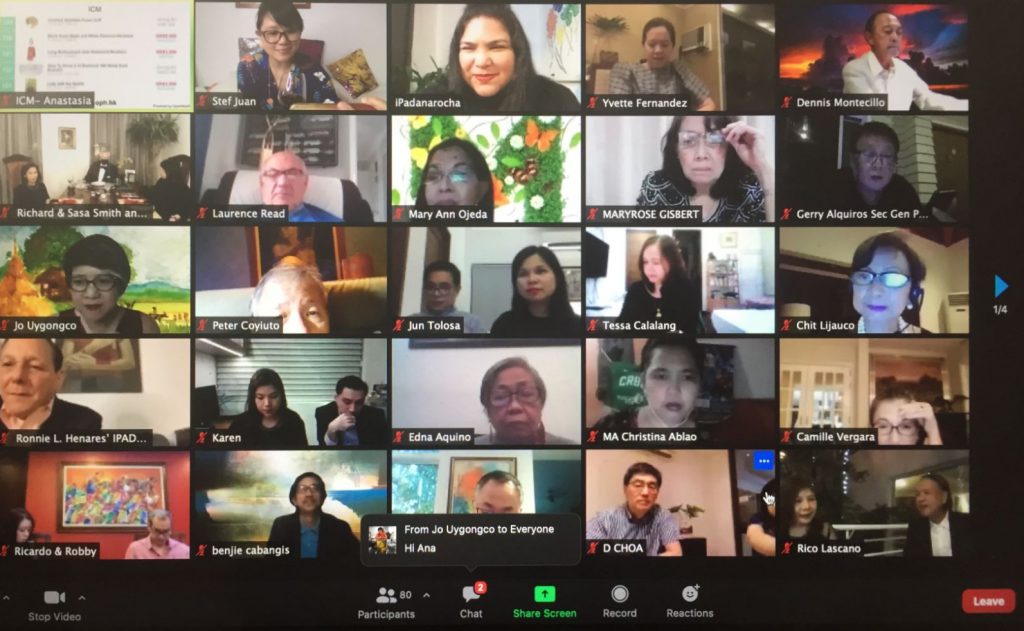 “We are well aware that virtual is much less engaging than live,” Sutherland admitted. “But the poor can’t wait until we can gather again. There is more need now than ever before, and we can’t bring solutions without you. So today we are going to ask you to continue your faithfulness, even when we are virtual.”

A Big Moment of Giving

The silent-auction was also conducted online through OpenHeart’s silent auction and pledge system. Registered guests made their bids on beautiful Filipino and international artwork, jewelry, unique travel packages, and experiences. Despite not being able to include travel prizes this year, the auction still raised HK$1.3 million or over ₱8 million.

The Moment of Giving, one of the most thrilling highlights of every ICM banquet was, as before, presided over by US national champion auctioneer Kristine Duininck, who logged on from her home in Minnesota. While she was unable to fly to Hong Kong for this year’s banquet, Duininck’s passion and energy were felt around the world. With her encouragement, donors pledged as much as HK$800,000 online, instantly acknowledged and thanked by Duininck as their bidder numbers flashed on the screen.

The pledges made in these few minutes poured in from all over the world, leaving guests at the AMC and online awestruck by the extravagant display of generosity. Twenty-five donors pledged to give HK$80,000, and their gifts will be “double-matched” by Find Us Faithful, which unlocks HK$3.9m of matching funds.

The COVID-19 pandemic may have forced people to keep their distance from each other, but this shared global experience has brought humanity closer. In a year of great need, many have risen to the occasion to help their fellow human beings, be it to someone as close as a neighbor or to as far as a family living in ultra-poverty on the other side of the world. ICM’s first-ever virtual fundraising banquet was a testament to that.

The amount raised that evening surpassed expectations. The banquet has provided ICM with 20% of the funds needed to meet its annual budget, and reach hundreds of thousands of people living in ultra-poverty. “Our team will need to build on this fantastic start during the remainder of our year,” Sutherland said.

ICM’s work continues as the world transitions to the new normal.

To donate and to learn more about ICM’s work, please log on to www.caremin.com.