‘Whatever Xi wants, Xi gets’ 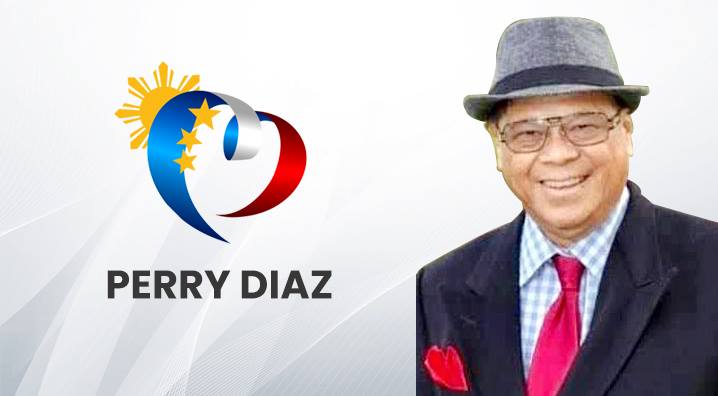 ‘Whatever Xi wants, Xi gets’

Some call it “debt-trap diplomacy.’’  Some call it “debt-book diplomacy.”  But it doesn’t sound diplomatic at all.  The key word here is “debt.”  And in most cases, when the debtor fails to repay the loan, it leads the lender to take over the collateral.

Take the case of the much-publicized Hambantota Port in Sri Lanka.  It started with China using “soft-power diplomacy” to attract Sri Lanka into doing business with her.  Once Sri Lanka agreed to develop the Hambantota Port, the next phase kicked in, which was “debt-trap diplomacy.”

China uses “debt-trap diplomacy” to lure poorer countries by offering “cheap loans” for infrastructure projects.  It involves certain conditions that greatly favor Chinese banks, to wit: no bidding process, project to be done by one of China’s state-owned companies, the workers to be Chinese nationals, cost overruns to be renegotiated (that usually ends in higher interest rates), and others including asset-based lending practices.

When these countries are unable to keep up with their repayments, China can then play “hardball diplomacy,” which is to demand economic or political concessions in exchange for debt relief.  This was what happened when Sri Lanka failed to repay her $13-billion debt to a Chinese state-owned bank.  Sri Lanka was forced to lease the port and 15,000 acres of land around it for a period of 99 years.  For that, China gave Sri Lanka $1.12 billion in debt relief, which was the original cost of the Hambantota project.  Hardly equitable, is it?

Not surprisingly, the Hambantota project ran into big problems including cost overrun and delays.  And each time the cost increased, a new loan was renegotiated ending in higher interest rates.  There is no open bidding.  China chooses one of her state-owned companies to do the work including the hiring of Chinese workers exclusively.  That’s exactly what’s in China’s playbook.

Now, with a 99-year lease on the port and 15,000 acres of land surrounding the port to be used purportedly for industrial use, what is the likelihood that China would eventually build a military base on that land?  Although Sri Lankan officials said that the agreement clearly rules out China’s military use of the site, Sri Lanka’s huge debt could be used to dangle a debt relief.  With the current debt hovering over $45 billion and growing, Sri Lanka doesn’t have too much of a choice, does she?  And it is at this point that China switches strategy again.  It’s time for “hardball diplomacy,” which basically translates to “Either you agree or else…”

In the case of the Philippines, she got past the “soft-power diplomacy” easily last November when Chinese President Xi Jinping and President Rodrigo Duterte signed 29 agreements in Manila.

Not long after the agreements had been signed, the Chinese Foreign Ministry held a press briefing in to give the just concluded “soft-power diplomacy” a glossy veneer of lacquer.  “China’s loans only account for a very limited share of the Philippines’ foreign debts. It’s impossible for the Philippines to fall into the so-called ‘debt trap’ due to these loans,” Foreign Ministry Spokesperson Geng Shuang said in a press briefing in Beijing.  One reason why China addressed “debt trap diplomacy” was to counter allegations that Chinese lending is “predatory,” designed to attract countries into a “debt trap.”

But regardless of the sad experiences of those countries who fell into China’s “debt trap,” there is an aura of optimism among Philippine government officials.  Budget Secretary Benjamin Diokno said the country would not fall into a debt trap with China in reaction to US Vice President Michael Pence’s warning that China’s loans to poorer nations came with strings attached and could build up staggering debt.  Diokno also said that the Philippines only has 49% Debt-to-Gross Domestic Product (GDP) ratio, which indicates the country has the ability to pay its debts.  The Philippine government debt stands at around $140 billion today.  But borrowing is at $800 million a month or $9.6 billion a year.  The total debt service was 12.61% in 2016 (the latest data available).

Duterte’s “Build, Build, Build” program has identified 75 proposed infrastructure projects at an aggregate cost of $180 billion.  But because of China’s predatory lending practices — Chinese loans are 1,100% more expensive than ones from Japan — it could plunge the debtor into perpetual indebtedness.

The cost could easily skyrocket if the project incurs cost overruns due to delays, errors, and construction changes that could easily increase interest rates, just like what happened to Sri Lanka and Djibouti.  While Debt-to-GDP ratio is only 49% today, Duterte’s “Build, Build, Build” Project could end up in a “Pay, Pay, Pay” situation.

An American report by Harvard University researchers identifies 16 states vulnerable to China’s so-called “debt-book diplomacy” and economic coercion, including Vanuatu, the Philippines, Cambodia, Laos, Thailand, Malaysia, Sri Lanka, Tonga and Micronesia.  Indeed, “Chinese loans worth hundreds of billions of dollars are saddling Australia’s smaller regional neighbors,” the report said.   In fact, there were reports that China was moving to create a military base in Vanatu, which sparked panic in nearby Australia.  If China succeeds in creating a military base in Vanatu, she’d be able to project power in the entire South Pacific all the way to Hawaii.

Recently, the Philippine-based non-profit IBON Foundation warned: “The Duterte administration has been easing the way for China’s interests in the disputed waters in its eagerness to raise billions of pesos for its ‘hyped’ infrastructure program.”  IBON is also concerned with the government’s “willingness to give up its territorial resources in the South China Sea to secure China investments and loans, including efforts to be part of China’s One ‘Belt, One Road’ (OBOR) Initiative which supposedly gives access to coveted infrastructure investments.”

IBON also warned of another lopsided condition in Chinese loans, which is a requirement that the agreement as well as the rights and obligations of both parties be put beyond the scope of Philippine laws and transparency in the public domain.

IBON also warned that China’s Official Development Assistance (ODA) has been known to stipulate the collateralization of resources and state assets should a country default on its loan payments.

As former Congressman Ruffy Biason said, “Protection and preservation of national interest compels us to reject the Chinese concept of using natural resources as loan collateral.  It’s obvious that this is their mode of territorial expansion, as experienced by countries who fell into the Chinese debt trap.”

Caveat:“The current administration is surrendering sovereign immunity in connection with any loan obligations-related arbitration, is committing to follow China’s laws [not the Philippines’ laws]. It also agrees to subject disputes to the decision of the China International Economic and Trade Arbitration Commission (CIETAC).”  And this begs the question: In the event that the project goes to arbitration, does anyone think that CIETAC would rule in favor of the Philippines?  As they say in boxing: “Beware of hometown decisions.”

What China has been doing is “economic imperialism” and she’s been very successful in achieving it without going to war.  However, if she encounters resistance, she can then apply “hardball diplomacy” and use all her resources including military to achieve what she wants.  Indeed, whatever Xi wants, Xi gets.