UNCENSORED: When in power, one must not abuse 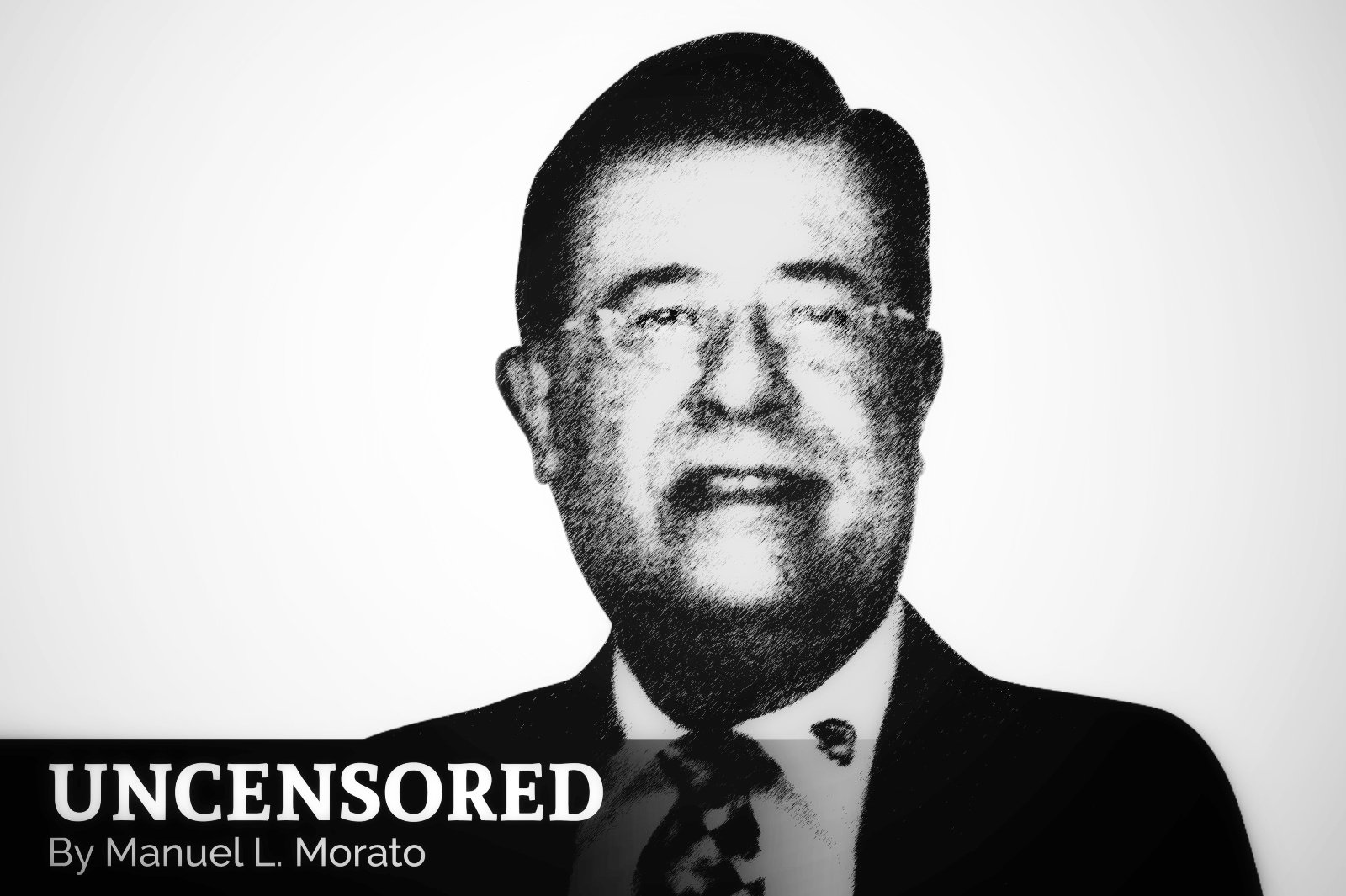 I see what happened to us in our residential neighborhood as an abuse of those in power in Quezon City.  When in power, the more one must not abuse, steal, lie and enrich oneself or themselves in office.

I will repeat what my father had told me when I was just a teenager.  It’s a good reminder.  Ito po ang pangaral niya sa akin in Spanish: “Hijo, if ever you enter government service someday when I am no longer around, remember that “public service is a sacrifice”.  If you enter the government service rich, you must come out of it, less rich; and if you enter in poor, you must come out of it poorer.”  He actually did not want any of his children to enter politics.  On my part, it was forced in on me by President Cory (MTRCB); President Ramos (PCSO) and President Gloria (PCSO again.

I am proud to say I followed what he said to me in the letter!  I came out of it less rich and poorer.  People got used to asking for my assistance and I still help what I can no longer give.  My sisters and I lost our inheritance to a group who did us wrong.  I cannot describe it better than ninakawan kami ng grupo na nasa poder.

Now Moderna and Pfizer want to test their newly discovered vaccines said to be 93/95% effective.  It does bother me that they will test their products on people willing to sacrifice for humanity.  It’s a very noble act.  But in the past, Africa was the testing ground of American vaccines and killed so many innocent children, including adults.  Maybe those involved can answer those questions and explain.

People worldwide are aware of the possibility of the microchip contained in the vaccine using a bigger syringe.  Millions of Americans are scared of being injected with microchips.  That scares many Americans who months ago voiced out their fear and objection.  It is supposed to affect all peoples of the world.

To dispel the people’s fear and concern, and rightfully so because of the promoter of the “New World Order,” the public in general do not want to subject themselves to such vaccines with evil consequences.  One might get well physically with the vaccine against Covid 19, but the microchip imbedded can raise more havoc and change the world order with the so-called “New World Order” which will convert human beings created in the likeness of God into evil zombies controlled by a few. It has been talked about.  This caused a lot of worry; and they expressed it loud and clear.

Review the tape.  That’s where Mr. George Soros strongly declared that “President Trump must be removed from office in November.”

No wonder, the US National election was different, geared towards removing President Trump from office.  It connects perfectly with what went on in that Davos Summit last January.  The tape was shown on either Facebook or YouTube.

As an observer, as many others are putting two-and-two together equals 4, indeed Smartmatic, Dominion and other cheating machines came into the picture.  The Filipinos are just too well aware of the computerized election.  With only one button, the votes are switched from one candidate to another, or shaved off in a matter of seconds.

It happened twice already in the Philippines, but we seem to treat things differently as if the operators enjoy cheating, stealing, and robbing votes.  It has become a very bad habit in the Philippines.  Even corruption has become second nature to our politicians; and they justify it as something “normal” in politics; that “it is part of politics.”  Hell!  How wrong they are.

It’s not funny.  Our people seem to enjoy stealing and robbing as what the Spaniards ended up calling Filipinas as “Las Islas de los ladrones,” translated, “the islands of thieves.”  And that was almost 400 years ago.

Stealing money, and other possessions is a crime that calls for retribution.  No thief can enter heaven unless he or she returns what they had stolen for it’s a sin that no priest can forgive, neither the Monsignors, bishops, and Cardinals; not even the Pope for stealing a material possession from the poor or from the honest rich must be returned before the death of the person who stole from the people.

Corruption in government service is one of them that can prevent a thief from entering heaven.  Stealing of votes in an election included.  Only God in heaven can forgive, no one else.  And the possibility of being forgiven by God before entering heaven is quite remote for God is all-merciful to the people who were aggrieved, never to thieves who stole the people blind in an election while in office – from the poor and even from the rich.

Ang nagnakaw ay magnanakaw.  Period.  There is no other way of calling them by any other name.

On another note, if indeed the vaccines will be sampled on our people before allowing us to buy the vaccine, may I suggest that the vaccines be tested on the prisoners worldwide?

The pharmaceutical companies are anyway sure of their products.  It’s not really putting the prisoners at risk.  They are not looking for animals to test their products for the vaccines are supposed to be geared to save human lives.  The prisoners can contribute to society for a change.

Spare the innocent people.  Have no repeat of the Dengvaxia vaccines tested on young, 4th grade students that caused death on many of them; and/or showed abnormal symptoms.  Why start with them, taking advantage of their innocence.  Putting them in danger for these vaccines may have different reactions to different people for some might not be in the best of health, one way or another.  Malnourishment on the part of the children may cause terrible consequences.  One volunteer died in the U.S. of certain complications but it’s not being talked about now.  I remember that lady in her 30s who voluntarily offered to be vaccinated on trial several months ago.

Let’s take a step backward.  Can we experiment on these vaccines on the prisoners who committed some transgressions against the law?  If it is not against our Constitution or our law on human rights, why not make them serve their country for a change by voluntarily offering to be tested with the vaccine?

Bear in mind that the pharmaceutical companies have claimed 93 to 95% “effective vaccines.” On rats or on human beings?  Most probably humans.  That’s not putting the prisoners in great danger.  If it’s rats they have tested them with, try again.  That’s not sufficient to be completely sure that it’s totally harmless to human beings.

Now, the prisoners can be the frontliners.  They may get well by offering themselves.  That’s part of their being detained for the crimes they have committed.  And for that noble gesture, the government can probably consider some form of reward through partial commutation of punishment; or shortening their imprisonment.  One month less, five months, or three years of detainment can be commuted and deducted to their time of imprisonment.

Give it a thought.  Those prisoners can serve the public well for a change. It’s a way to make amends to the people they have wronged.  It’s a “Mea Culpa,” part of their penance.