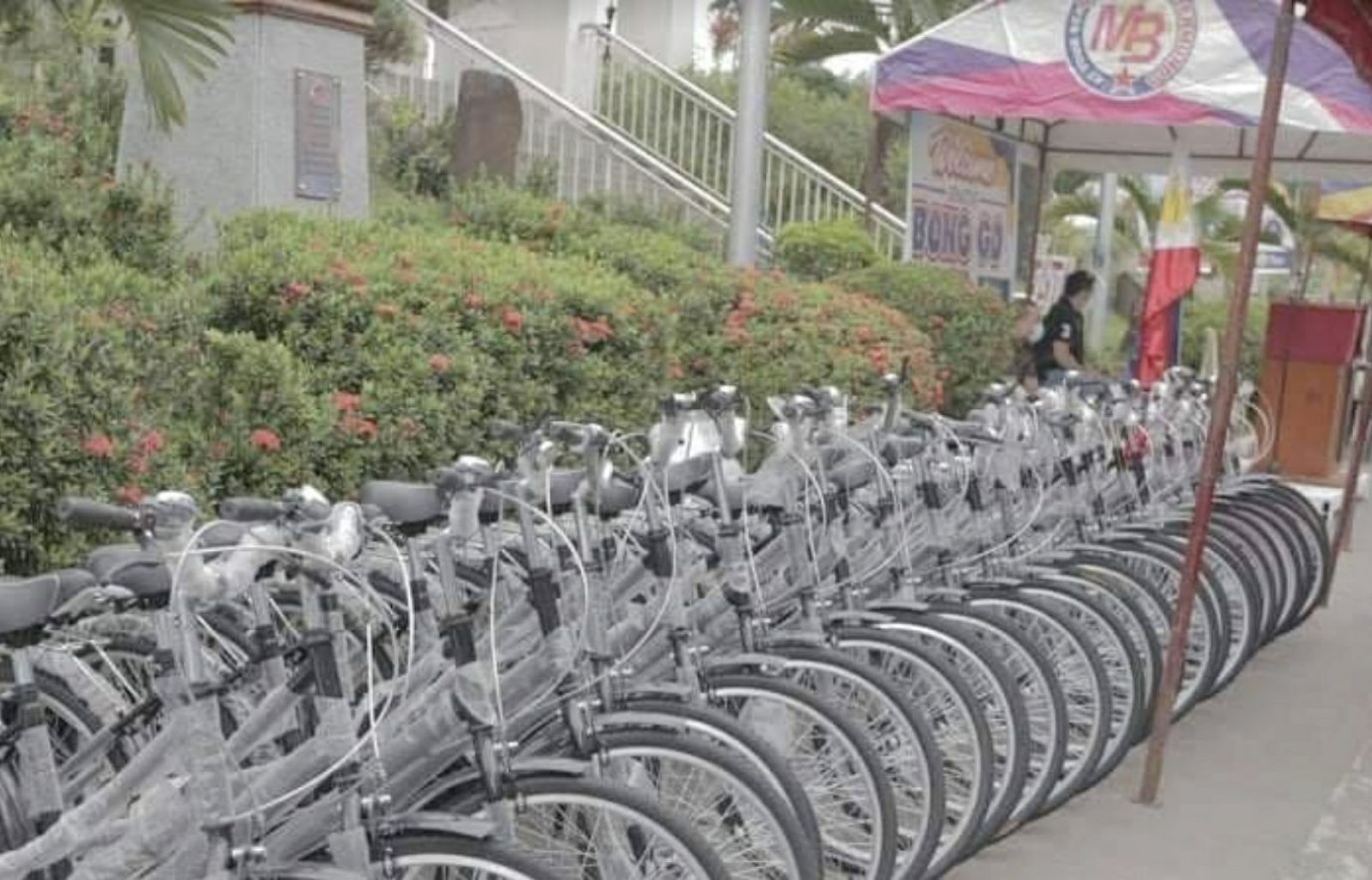 By THEPHILBIZNEWS STAFF
Photo from the Office of the Municipal Mayor

TAYTAY, Rizal – Soon enough, traffic congestion would become a thing of the past in the Garments Capital of the Philippines as the local government hinted at efforts that would transform the municipality into the country’s first “Bike City.”

Citing the importance of mobility to keep the economic activities afloat, Mayor Joric Gacula started farming out mountain bikes to local folks for transportation to and from their workplaces. The program, which started in December, has so far benefited hundreds of local folks through an LGU-initiated program dubbed as “TaytayeNews.”

Aside from the bicycles, Gacula also gave away free helmets to ensure safety of bicycle riders.

“Bikes are not enough. We should see to it that they get to ride their bicycles safely,” said the mayor who is also eyeing bike lanes on provincial and municipal roads starting the second quarter of the year.

Gacula said the growing population of bikers during the COVID-19 pandemic has compelled the local government to deploy more traffic marshals to implement guidelines on road usage in their locality.

Local government data showed that more than 3,000 cyclists are traversing Taytay roads on a daily basis “which makes it incumbent upon us to ensure their safety,” he said.

A cycling enthusiast himself, Gacula added that transforming the town into a bicycle city would significantly reduce traffic congestion, pollution and travel cost, even as he claimed that biking is a good physical regimen.

Since Malacañang eased community quarantine restrictions in June last year, Gacula said that bicycles have exceeded its use — from exercise and fun to mobility

“Before COVID-19 hit, few would dare to leisurely ride a bike around congested streets where survival of the fittest is the norm, outweighing the health benefits of cycling. There was barely space for bikers. But that predicament would soon be a thing of the past. We are already working on our bike lanes and we’ll see to it these would be exclusively for the safe use of bikers. We are deploying marshals to secure these bike lanes,” said Gacula in a statement.

Pending the completion of the facility approximately at the end of this month, Gacula said he would also be forming a team of IT experts to prepare an app that would provide a safety guideline for bikers.

Under Taytay’s ambitious Bike City project, the LGU plans to build a permanent bicycle lane across in the major thoroughfares in their town.

“There are many advantages we can reap from the program, which comes as people become more aware globally about healthy lifestyles and the need to curb carbon emissions,” he added

In the case of Metro Manila, emissions from motorized vehicle combustion significantly contribute to the region’s poor air quality. Metro Manila has been a fixture in the list of the most polluted cities.